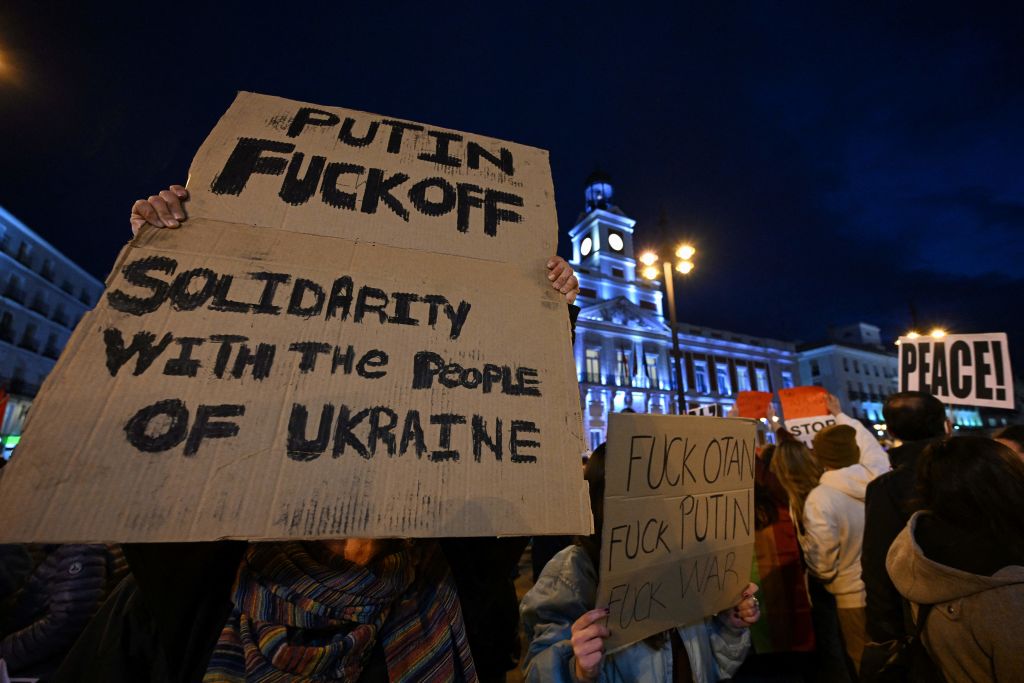 26 February 2022 is the third day of the full-scale Russia-Ukraine war. The foe is being rebuffed by the world’s strongest army. Russian attempts to capture regional centers have failed. The Ukrainian population is fighting against Russian saboteurs as well as local collaborationists. Western allies are helping us with diplomacy and resolute actions.

Don’t hesitate to subscribe to our telegram channel Zaborona! All the latest news are there, along with interesting discussions.

Zaborona is holding the media line. Thus, we are ready to inform you on the latest events of the third day of resistance.

19:08 The Supreme Council of Ukraine

Church bells’ chiming can be an alarm signal. Once you hear the ringing, you should immediately take shelter.

18:45 Video from the Russian Ministry of Defense channel

We have no inclination to post a video from a channel of Russian propaganda.

17:40 Command of the Ukrainian Air Force

Over the Black Sea a Russian Su-30 SM fighter aircraft was hit by an anti-aircraft missile unit of the Air Force of the Armed Forces of Ukraine.

Listen attentively! Allegedly, Chechens in exile (not “kadyrovtsy”) will join war against the horde.

16:00 Latest news from the Ministry of Foreign Affairs

Technical preparations for the decree on banning Russia from SWIFT. Germany ceased to hesitate on the decision.

Priority is given to the elderly, children and females.

It is not a fake. This is an official message from the agency. Remove road signs to disorient Russian troops.

An appeal for our crypto friends:

All civilians that will be noticed on the streets during these hours will be considered members of Russian special reconnaissance units.

Driving is prohibited, unless you have a special bypass.

Kiyvans are asked to restrict their walks to suit the curfew schedule.

13:17 Ministry of Health of Ukraine

Evacuation trips from Kyiv to western regions of Ukraine. The trains are departing from Kyiv Railway Station to or through Lviv according to the schedule:

Mobile networks are stable, though there can be interruptions due to the overload. In regions with military actions, the possible damage will be repaired after the cessation of fire.

Block the approaching Russian military vehicles in all possible ways. Knock down trees, build barricades, burn tires. Occupiers should be aware that they are not welcomed.

Urban application Digital Kyiv (Kyiv Tsyfrovyi) allows you to receive important information on the situation in the city. For this turn on notifications in the settings menu.

There are also useful links to the map of shelters as well as the manual on how to behave when you are under fire.

There is information about fake calls that alleged military officials make to persons’ relatives and family. The callers spread unverified data on location and condition of the latter.

If you receive such a call, ask a control question that only you know the answer to:

For more than twenty years The Simpsons’ creators have been both prophets and futurists of a kind. Here you go.

At 9:00 three helicopters with Russian paratroopers landed near Brody. There were 60 occupiers. Our soldiers repelled. “Now they are retreating to the forest near Leviatyn”

Update from Security Service of Ukraine

At 10:18 a fire in warehouse buildings and garages in the Solomianskyi district, which started as a result of a shell hit, was localized in an area of 700 square meters. According to preliminary information, two people died. Firefighting involved twenty people and five units of the State Emergency Service of Ukraine.

The bridge near the village of Stoianka on the Kyiv-Chop international highwau has been blown up. Spokeswoman Svitlana Cherniakh-Kondrats`ka confirmed information about the broken bridge in Kyiv region. Now it is impossible to drive from Kyiv to Zhytomyr.

There is still a railway bridge!

Metro is turned into a shelter. There will be no transportation.

The enemy`s special reconnaissance units are constantly making attempts to land on the Kyiv’s left bank.

The Ukrainian military and law enforcement units are in control of all the bridges that connect the left and right banks. They will use LETHAL FORCE on targets that will try to cross the bridges in the direction of the right bank.

All citizens are asked to stay in safe places and not to try to cross the Dnieper River towards the Right Bank!

On 25 February two boys were born in Kherson, under fire, in one of the maternity hospitals that was organized in the bomb shelter.  Unfortunately there were also casualties: 198 people died at the hands of occupiers, including three children; 1115 wounded, including 33 children.