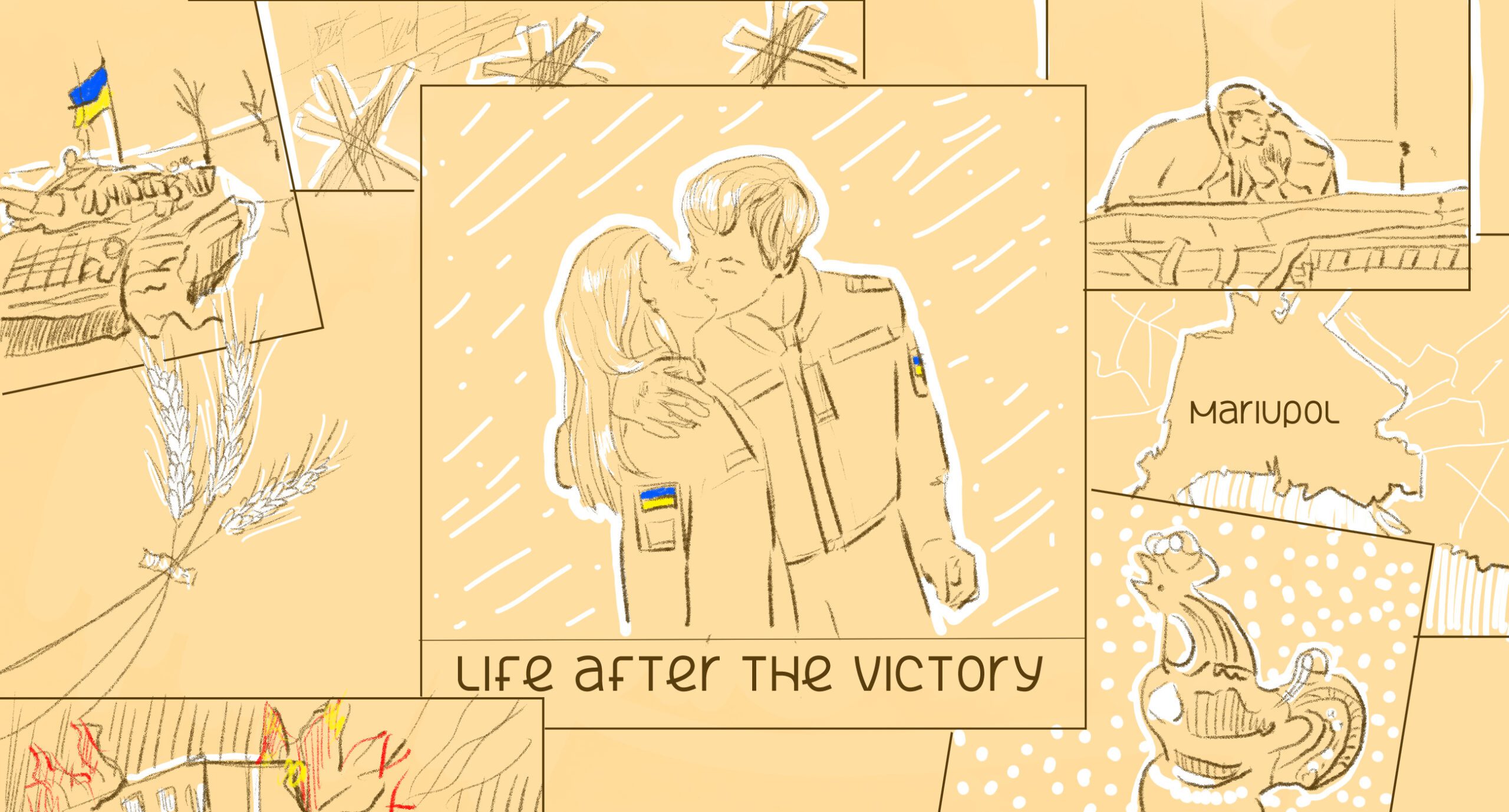 It has been two months since Russia launched a war in Ukraine that changed the life of each citizen among the multimillion nation. And although the invasion of the occupiers has entered a less active phase, and some Ukrainians may think that life is returning to normal – the war is still going on. And even after the victory, the life of each of us will not be the same as in the past: in some places it will even become better, but definitely not the same as before. Zaborona journalist Anastasia Opryshchenko pondered in her comic strip what Ukrainians may face after the victory, what needs to be changed and why it is important not to lose unity now and in the future.