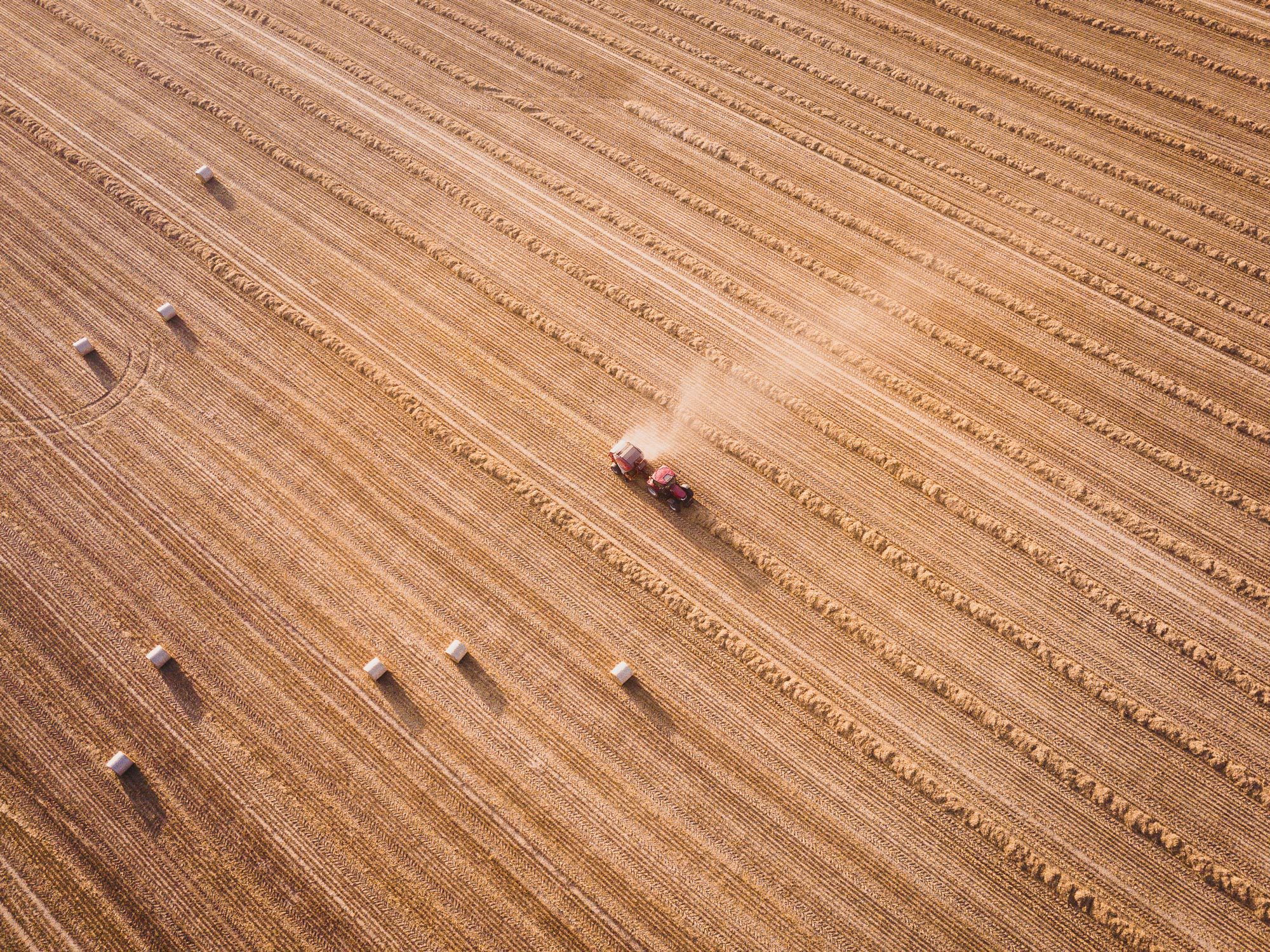 On July 1, Ukraine’s land reform finally hit its first major milestone – the thirty year moratorium on land sales had finally been lifted, and Ukrainians could buy and sell their land, though not exactly freely. The land market is still set with a row of restrictions (though they will ease over time), but the policy represents a sea change in how Ukrainians will, given time, approach the question of land ownership. Zaborona’s Romeo Kokriatski goes into the details of the land market in order to demystify this at-times touchy topic.

For nearly twenty years, land in Ukraine has been unsellable – at least on paper. Because of a so-called moratorium, first implemented in 2001, selling land was a complicated and oftentimes shady process that required workarounds, bureaucratic loopholes, and of course – bribes. The opening of the land market, a key reform long sought by many of Ukraine’s Western partners, seeks to rectify the current system and bring it out of the shadows.

However, it’s still early days, and many questions still remain about the market’s functioning and efficiency. Many Ukrainians are taking a wait-and-see approach to engaging in the new market, says one official, who preferred to remain anonymous, for a village council near Kyiv. This attitude broadly lines up with polling conducted by the Democratic Initiatives Foundation last October – at the time, 58% of respondents said they had no plans to buy or sell their land. “The market is still new. It’s the eighth (as of publication – ed.)  day of this market, and people are unsure of how things will shake out,” the official believes.

A question of transparency

The land market is actually shorthand for the market’s actual purpose – the previous moratorium only applied to agricultural land specifically. And despite appearances, it was possible to purchase and sell this type of land even under the moratorium, though the process for it was typically one filled with bureaucratic wrangling and loopholes. One method, says the official, involved changing the type of the land – agricultural to something else – then selling it in small parcels. The land could be then later changed back to agricultural zoning if needed.

However, the most common method of land ‘sales’ were effectively indefinite leases, where tenants would rent out a plot. It’s customary for these sorts of leases to be made verbally with little to no documentation, for very long periods of time – many such leases were made not long after the fall of the Soviet Union, and continue on to this day. While the tenant never becomes the de jure owner of the land, they can use and exploit it for as long as they want. Since these sorts of leases were largely unregulated, payment can be variable – monthly, annually, and even in-kind leases (where a tenant and landowner effectively ‘swap’ land parcels), are not uncommon.

Due to the informal nature of these leasing agreements and the shadowy and often legally dubious nature of prior land sales, graft and corruption, a constant concern in the country, ran rampant. One common scheme involved state-owned land being rented for symbolic sums, with officials receiving kickbacks, or renting large amounts of state-owned lands for so-called ‘private gardens’ (even if said private gardens comprised thousands of hectares.), which can later be privatized.

As a result, transparency became a goal of land reform in the country, and the new process includes many transparency-boosting measures. However, this transparency hasn’t been welcomed by everyone, including current landowners who may have benefited from the  grey market under the moratorium. After all, says the local official, “Why would you go through this transparency and sale if you can anyway get access to that land?”

A (slightly simplified) process for selling agricultural land under the new market regulations is as follows:

Once all of that is taken care of, the new owner of the land parcel can now exploit it however they wish (for agricultural purposes). However, critics of the law say that the process above has a number of problems, starting with the land registry.

While Ukraine does have a public land registry, updates can be spotty, and chunks of land remain simply unmarked. Additionally, local land registries – ostensibly intended to confirm data on the central registry – are often missing, and the cost to do so can be prohibitively expensive for cash-strapped village councils. That’s in addition to a lack of information for local councils about the law’s functioning in its entirety, says the local official, who alleges that the central government has been amiss in informing local governments about the law’s functioning.

Another issue involves proving ownership – while technically, the land registry can confirm ownership of a particular parcel, legal issues involving improperly registered land are not uncommon in Ukrainian courts, and this may be compounded by the fact that in 2025, land not recorded in the registry may be automatically transferred to communal ownership.

A long-awaited but unpopular reform

Public opinion in Ukraine has generally been against the sale of agricultural land – one reason for the moratorium’s constant renewal over the past twenty years. Even current attitudes, as evidenced by recent polls, are in favor of re-banning land sales. In order for the land market to work as promised – as a legal, efficient, and transparent way to buy and sell parcels of agricultural land – Ukrainians are going to have to engage. As Timothy Ash, a senior emerging markets sovereign strategist at Bluebay Asset Management, points out, “The land market works successfully in almost every country in the world, why should Ukraine be any different?”

But in order for Ukrainians to come around to the land market, they’ll need to see positive results, such as bank loans. Underinvestment in Ukrainian agriculture has had a lot of reasons, but a big one is the lack of available credit for farmers – because of the moratorium, landowners were unable to use their own land as collateral for a loan to, for example, install a new irrigation system or purchase farming equipment. With the land market, however, this now becomes a possibility.

At the same time, interest rates in Ukraine are often much higher than in Western countries, and until those rates go down, people will be loath to risk their land. But that’s unlikely to remain the case forever. Timothy Ash notes that while “it will take time” for rates to come down, they will, because this is the first chance the rural credit market has ever had to develop.

What this all means is that there’s no expectation of swift adoption of the land market, especially given the restrictions. The slow pace of the reform may not be a bad thing, however. Anders Aslund, a senior fellow at the Stockholm World Forum and an adjunct professor at Georgetown University, believes that swift sales could disrupt existing agricultural concerns: “If the agroholdings would be forced to buy the land they used, substantial fragmentation would occur, since not all would want to sell, and the agroholdings would also be forced to reduce the land the cultivated and their investment in machinery and equipment, since they would have to spend a lot of money on buying land.” In other post-communist countries, Aslund notes, the fragmentation of agricultural lands has in fact been “harmful for production and investment.”

The most important question for Ukrainians who may be considering selling or buying land will of course be price. At the moment, prices are highly variable – not only will it depend on the region that parcel is located in, but market rates will take time to settle onto competitive rates. In Kyiv region, for example, experts have noted that prices for a single hectare have varied anywhere from $1,000 to $2,700. In other regions, like Kherson and Dnipropetrovsk, prices hover around the minimum – $1,000 per hectare.

“The danger is that people have a worse experience from a land market as a result and confidence in the whole programme is hurt,” says Ash, as the uncertainty adds risk to early entrants to the market, who may either overpay or miss out once prices stabilize. One possible solution could be a mass sale of state-owned agricultural lands – approximately 25% of agricultural land in the country is state-owned. This could be enough to “establish a realistic land market price,” Anders Aslund believes, though the state has made few indications that it’s preparing to do so on a large scale.

Another big issue hurting adoption is the lack of, ironically, transparency on how the law will actually function. Fears about land being sold to non-citizens or corporations have hardly been conducive to acceptance of the land market, despite the heavy restrictions and the transparency initiatives written into the law. Ukraine’s own history of a lack of rule-of-law plays a role here too – during the privatization heyday of the 1990s, corporate raiding (seizing property via forged documents and bribed judges) was widespread, and few people want to see their land sold from under them.

For better or for worse, however, the land market is here to stay, though it may be a while before Ukrainians wholeheartedly embrace the concept.