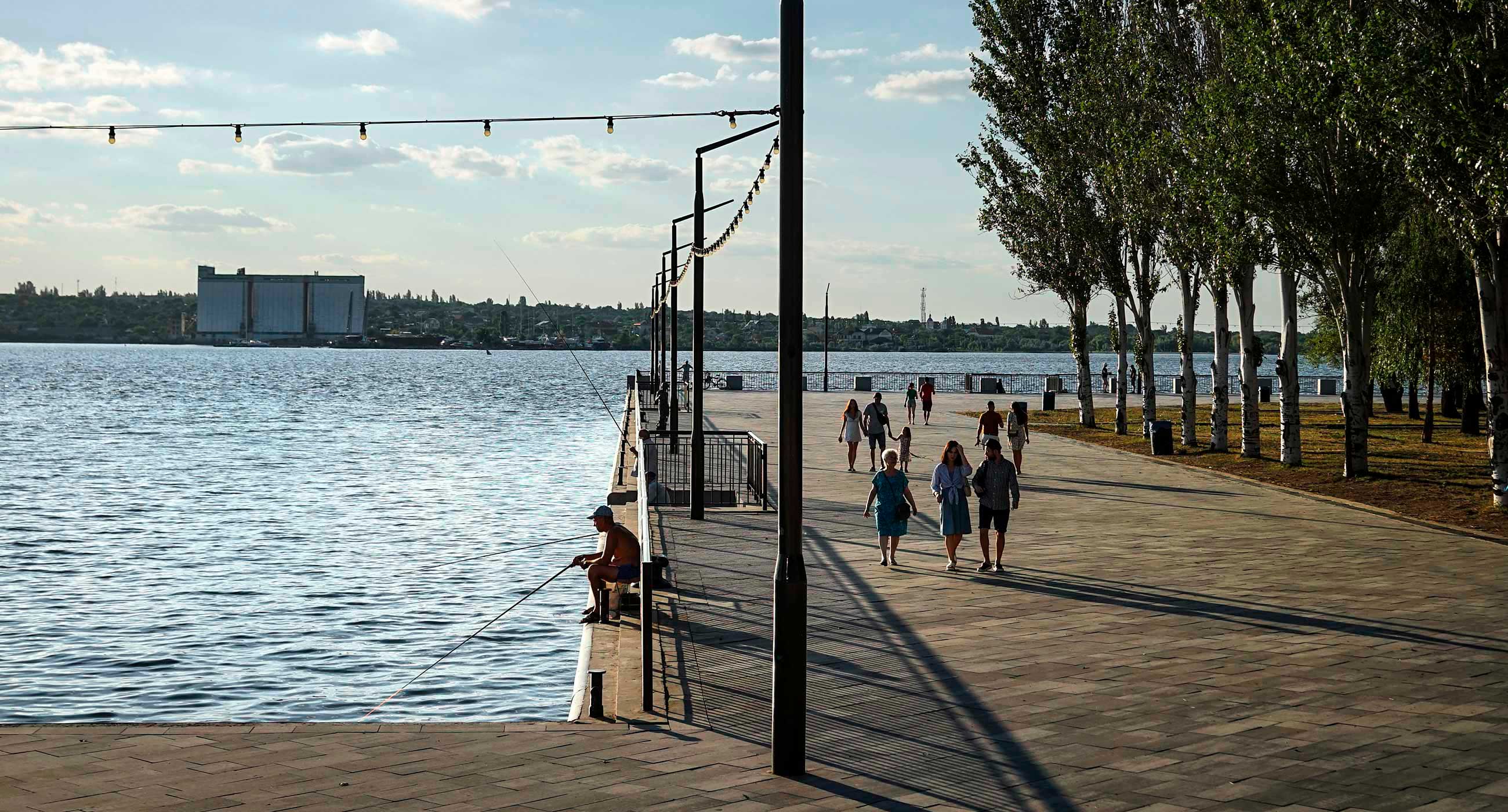 Support Zaborona at this difficult time so that we can continue to inform you and record important stories.

Every Ukrainian’s morning begins with the news of the shelling of Mykolaiv — and with daily explosions for its residents. The absence of such news and bombing is rather an exception. Despite everything, almost half of the residents of Mykolaiv do not leave the city but work to restore the water supply, repair buildings, and help the front-line soldiers. Zaborona editor-in-chief Kateryna Sergatskova visited the city and talked with its residents about the sinkholes in the center, sleepless nights, and how the Russians are taking revenge on Mykolaiv for the counter-offensive.

Video reports of the Prohibition are broadcast on our YouTube channel, as well as on the European Broadcasting Union, which unites 112 public broadcasters in 55 countries.

The south of Ukraine is under constant shelling. Life here is more difficult than anywhere else in the country. Mykolaiv Oblast is the vanguard of the southern front. Kherson, occupied by the Russians, is located 50 kilometers from Mykolaiv, and the villages where the occupying troops are disposed are even closer. From there, the city is bombarded with rockets and heavy artillery. Every day they aim into residential buildings, critical infrastructure objects, or wheat fields.

We met a resident, Mykola, the day after the shelling. The rocket had landed 10 meters from his house, next to a gas station in the very center of Mykolaiv. Mykola had slept at home with his family, and miraculously no one was hurt.

“It was the beginning of 4 AM, and we were sleeping,” says Mykola. “We heard an explosion, how it boomed. After the shots, we went out and saw that two windows in the house were falling, completely blown out. But the worst thing was when the guard [of the car wash] was injured by the glass. He was covered in blood. Then they [the security guard and the man who helped him] came to our house, we cleaned him, and called an ambulance. Alive and healthy, only his head was cut by glass.”

At the place where the Russian missile had hit, a sinkhole with a depth of about five meters appeared. The shock wave scattered paving stones two blocks around. It completely crushed the roof of Mykola’s house. Luckily, the man says, the rocket didn’t hit the gas station. Otherwise, the explosion would have destroyed everything around.

Destruction in Mykolaiv is everywhere. Over the past month, Russian rockets and artillery ruined two universities, cultural centers, dozens of private residences, crushed food warehouses, and killed civilians waiting for a bus at a bus stop. It is how the Russian army responds to the counter-offensive carried out by the Armed Forces of Ukraine in the southern direction.

About 250,000 people are in Mykolaiv, and it is about half of the residents. Those who had somewhere to go decided to evacuate, and those who stayed either volunteered or waited for the war end. According to the calculations of Mykolaiv authorities, approximately 80% of people remained without work. Many admit that they do not live but survive.

“How to live in Mykolaiv? When it’s quiet, [we’re] expecting something to happen soon. Sleepless nights,” says Gennadiy, a resident of Mykolaiv Korabelny District. The main problem in Mykolaiv, in addition to the front-line zone, is work and food for vulnerable citizens. Those who used to work are not working now. Everything closes. Factories used to work, but now those factories are bombed by the Muscovites.”

Arkady Dabagyan, the deputy head of the Mykolaiv regional organization of the Red Cross Society of Ukraine, says that the process of restoring the water supply was long and expensive. At first, they built wells together with the local authorities, but it turned out that the water quality was terrible, so they had to install filters for its purification. It works like this: everyday volunteers of the Mykolaiv Red Cross filter 40,000 liters and another 80,000 liters are cleaned by the American corporation Pepsico, which has facilities in the Mykolaiv region. 100-120 thousand liters are produced and distributed in 11 distribution centers each day. Water carriers deliver this water in barrels, but there is still not enough due to the heat.

“There is currently no systemic solution dealing with the water in the future, except for one thing: when [Russian-occupied] Kherson returns to Ukraine, it will be possible,” Dabagyan says.

Many residents of Mykolaiv have no money left for a normal existence, so they are forced to come to volunteer headquarters to get humanitarian aid. The head of the Mykolaiv Regional Council, Ganna Zamazeyeva manages the largest headquarters. You can find almost everything you need there, from laundry detergent to clothes and shoes for any age.

“People come day and night. There are boxes where they take applications, fill in their names, and we take these applications, process them, and say the hours of distribution,” she says. “[In addition], we are sending items to military personnel now. [We already sent] almost 2,500 mattresses, 4,000 blankets, 2,000 socks, underwear. We do everything we can.”

Residents of Mykolaiv keep counting the days when there was no shelling in the city, the mayor of the city, Oleksandr Senkevich, said in an interview with Zaborona. According to him, it was quiet for only 21 days. The further the Ukrainian military advances toward the Kherson Region, the more frequent and harsher the shelling becomes. But almost no one goes to bomb shelters here. For more than five months of the active phase of the war, the townspeople were tired of hiding.

The material was created with the “Life of War” project with the support of the Laboratory of Public Interest Journalism and the Institute for Human Science, Vienna.