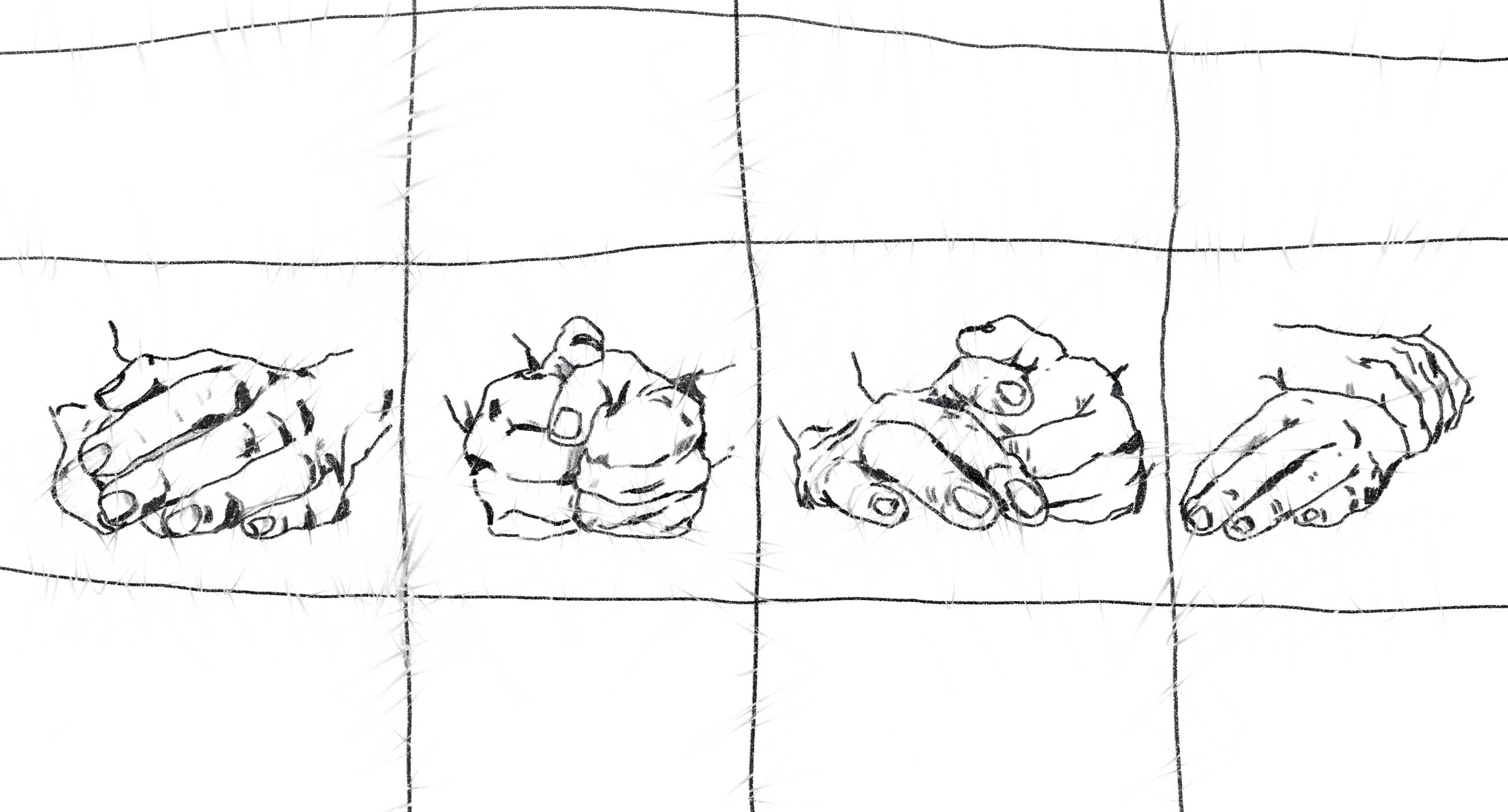 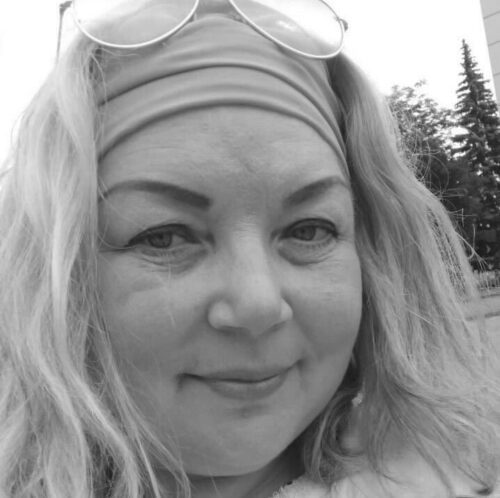 With the beginning of the full-scale invasion, Sumy Oblast was one of the first to be hit by the Russian army. The proximity to the aggressor state made certain territories of the region first transit for enemy equipment and later a place of ambush for the invaders. The liberation of the occupied territories brought relief to the locals and, at the same time, an opportunity to talk about what they experienced in the neighborhood of the enemy. Sumy journalist Oksana Kovalyova moved from Sumy to the most dangerous district of the region and settled at ground zero, in the village of Velyka Pysarivka on the border with Russia. Especially for Zaborona, she recounts only a few stories from everything she heard from the affected residents of Sumy Oblast.

Childbirth from the bomb shelter

The Velyka Pysarivka territorial community is close to the enemy state – the border with Russia is passed here in the residents’ yards. Velyka Pisarivka was the first to be hit by the invaders, and the war began here a few minutes earlier than in the whole country.

For a whole month, the territory was under constant shelling for the occupation by the enemy. More than half of the community’s residents evacuated to safer regions. There remained those who were ready to accept death in their native land because they had nowhere to go. Among them were pensioners, people of working age with children, and women with babies. The total number of people currently living in the village is about a thousand.

The mass evacuation from Velyka Pysarivka began in mid-March 2022 when the village was shelled with all available weapons for several weeks. However, there were also those who did not want to leave. The authorities were not going to force the villagers to leave their homes, but the management of the local hospital decided to go around the community to all pregnant women. At that moment, all three gynecologists left the village, there was no one to take delivery, so the women were persuaded to evacuate for the safety of the unborn children. All four registered pregnant women agreed to the evacuation.

The basement of the village hospital at that time became a home for many people who were left homeless due to constant airstrikes. Among them was 30-year-old Olga [name changed], a young woman with an intellectual disability whose mother earns a living as a nurse at the same hospital. The story of the woman was told to Zaborona by Serhiy Dragun, the chief doctor of the Velyka Pysarivka Hospital.

On the morning of March 22, Olga woke up in the basement, where her fellow villagers were sleeping on a mattress, walked around the shelter, went outside, and returned to her improvised bed. All the while, the hand of a half-born baby dangled between the woman’s legs.

Nobody knew about Olga’s pregnancy in the basement, not even she. Due to the disorder, the woman cannot speak and generally perceive the surrounding reality; therefore, the inhabitants of the basement learned about the beginning of childbirth, not from Olga but already when the process of giving birth to a child became visible to everyone.

A local ophthalmologist, 49-year-old Nina Porokina, who has been working at the hospital for a quarter of a century at the rate of 1.25, came to help the woman in labor. The doctor gave birth, consulting via Viber with the Sumy obstetrician-gynecologist. The already difficult situation was worsened by the condition of Olga, who did not follow any recommendations and did not understand what was happening to her.

The boy was born with almost no signs of life and needed resuscitation measures in the inpatient conditions of a higher-level hospital. It is 100 kilometers from Velyka Pysarivka to the regional center, and you cannot get there: the bridge across the river has been destroyed. The exact distance to Kharkiv in the neighboring region, the road is quite dangerous due to constant shelling.

Nevertheless, the doctor decided to take a risk.

I contacted my colleagues from Kharkiv, and they took an ambulance and went to meet her. While waiting for help, the ophthalmologist held the newborn boy in her arms, trying to warm him with her body heat. She felt relief when she handed over the little patient to the resuscitators. But within a few hours, she was informed that the boy had died.

Olga, who became a mother and lost her newborn son during one day, never understood what happened to her. Locals, whom Zaborona managed to talk to, do not know who and when could take advantage of the helplessness of a woman with a disability.

The house where dad lives

32-year-old Ivan from Ivanovka went to fight at the very beginning of the war. He was a car driver at the positions in Okhtyrka.

On February 26, 2022, he drove the car out of the garage. In a moment, a missile landed – the comrades pulled Ivan to the side. Soon, it flew a second time — the man was loading the car with equipment and tools for combat positions. The comrades took the already wounded Ivan to the nearest hospital. The bombardment began as soon as the nurse gave him the necessary first aid. Almost a hundred people were trapped under the rubble of the building.

“We were lucky: our son’s body was dug up and taken out in the first days,” says Lyudmila, his mother, to Zaborona. After the third shelling in a day, the man did not survive.

They recognized the soldier immediately — his body was not completely mutilated. But the situation with his brothers is worse: some can only be identified by DNA samples from found body fragments.

Ivan has two children left. The youngest is only two, and the girl does not yet understand that her father is no longer alive. Mother and grandmother told the child that Ivan lived in another house and took her to the cemetery. The deceased’s mother says that the girl is often with her relatives at the grave, says, “My dad lives here!”, kisses the photo, sits next to the grave, and says something — chirping childishly.

During the bombardment of the hospital, a nurse who was assisting the wounded Ivan was also killed. Her name was Anna — like her patient, she also grew up in the Velyka Pysarivka region. The woman died instantly — a piece of iron fittings hit her head.

Her mother said to Zaborona: “It’s good that the daughter did not suffer but died immediately.”

However, her three-year-old grandson — the son of the deceased Anna — is still waiting for his mother from work.

Milk a cow 100 kilometers away

Ten residential houses make up the village of Shevchenkove of the Velyka Pysarivka community. Three of them belong to the Kikhtov family. Six people take care of a large farm: 5 cows, 3 bulls, a herd of sheep, pigs, and poultry. The family transports meat and dairy products 30 kilometers to the market in the Kharkiv region.

On the morning of September 5, Natalia and her husband Oleksandr went shopping. Their retired parents and their 24-year-old son and daughter-in-law stayed at home. However, the Kikhtiovs did not reach the market: Shevchenkove came under fire, and on the way, Natalya and Oleksandr saw a lot of black smoke billowing over the village.

The family went back but could not return to the village — because of the danger, the employees of the State Emergency Service did not let them in. A man and a woman watched from afar as the property they had acquired for three generations burned down.

Other members of the Kikhtov family were already sitting in the shelter at the time of the shelling. When the blast wave tore off the basement door, they saw a completely destroyed living space. And after the bombing subsided and the family went outside, it became clear: they had every chance to live. It was confirmed by the surviving three-liter jar into which women poured milk.

“Dairy business — to be!” Nataliya Kikhtyova says to Zaborona. “The main thing is that at least one cow survives.”

The military insisted that the Kikhtyovs and all other residents of Shevchenkovo evacuate from the village, and the family had to disperse among relatives and acquaintances. Some of them settled in Velyka Pysarivka. Taking numerous cattle with them was impossible, so the Kikhtyovs urgently sold off the entire farm for next to nothing.

They left only Maika, the only one of the five cows.

Today, she lives in a small shed, perhaps the only surviving corner of the family’s compound. The Kikhtyovs go from Velyka Pysarivka to Shevchenkove every day to milk Maika. It would seem that the distance is short, 13 kilometers one way, but mining makes it dangerous to drive on the usual road.

So Natalia and Oleksandr drive through the neighboring Kharkiv region, covering a distance of 100 kilometers in both directions daily.

Half a year without any news

A resident of the village of Boromlya, 38-year-old Andriy Okhrimenko worked as a driver of an intercity minibus serving the route Sumy — Romny. The work did not bring much profit, but it fully satisfied the needs of a family of four: he, his wife, and two children aged 19 and 2.

At the beginning of March 2022, Boromlya was under occupation. The Okhrimenko neighborhood is in the center of the village, so the Russian military set up its headquarters in their garden. And in the house, a stretcher was installed, so the owners did not dare to enter. The family was left without a roof over their heads in the middle of a frosty, snowy March. Still, the Okhrimenks were allowed in by otherBoromlya residents – the family settled in a house on the outskirts of the village.

In a couple of days, Andriy was informed that his house had blown up. Andriy ran to see what had happened, and no one saw him again.

In a conversation with Zaborona, Yuliya Okhrimenko, the missing man’s wife, says that a cat was most likely caught in the tripwire. The spacious house instantly turned into a pile of construction debris. A torn door broke a window in a neighbor’s house. The entire street was covered with debris from the residential premises.

No one knew where Andriy went. One of the locals told the woman that the Russians apparently took him.

On the same day, Julia went to the headquarters of the occupiers with her two-year-old son in her arms. The Russians greeted the woman with a shout: “Where are you and your child hiding? It’s dangerous here!”. Julia cried and asked where her husband was. In response, I heard that he was taken to the region. It was not specified which one exactly, but the woman believes that it was about Belgorodsk, the closest from the Russian side.

The military also told them why they took him and whether he would be released soon. For example, the Russians checked his mobile phone when Andriy came to look at his home. Inside were photos of Russian military equipment that Andriy had taken during a long-distance flight.

The occupiers promised Yulia that Andrii would return home in a few days. But more than half a year has passed, and a minimum of information about the man’s fate. After contacting the SSU, the woman learned that Andrii Okhrimenko was on the list of prisoners for exchange. But how long to wait for his return is unknown.

“The worst thing is that we don’t even know if he’s alive,” says Yulia. “And Andriy doesn’t know if we’re alive. After all, when he was taken out, Boromlya was occupied, and we were all under the enemy’s sights.”

The woman says that she has been living by inertia all this time. But the two-year-old son suffers especially — he often wakes up at night and calls his father. In the spring, a wheel fell off the child’s toy car, and the boy didn’t allow anyone to fix it. He is waiting for his father.