Gay Pride in Tbilisi has been viciously attacked | Zaborona
Context
by: JAMnews 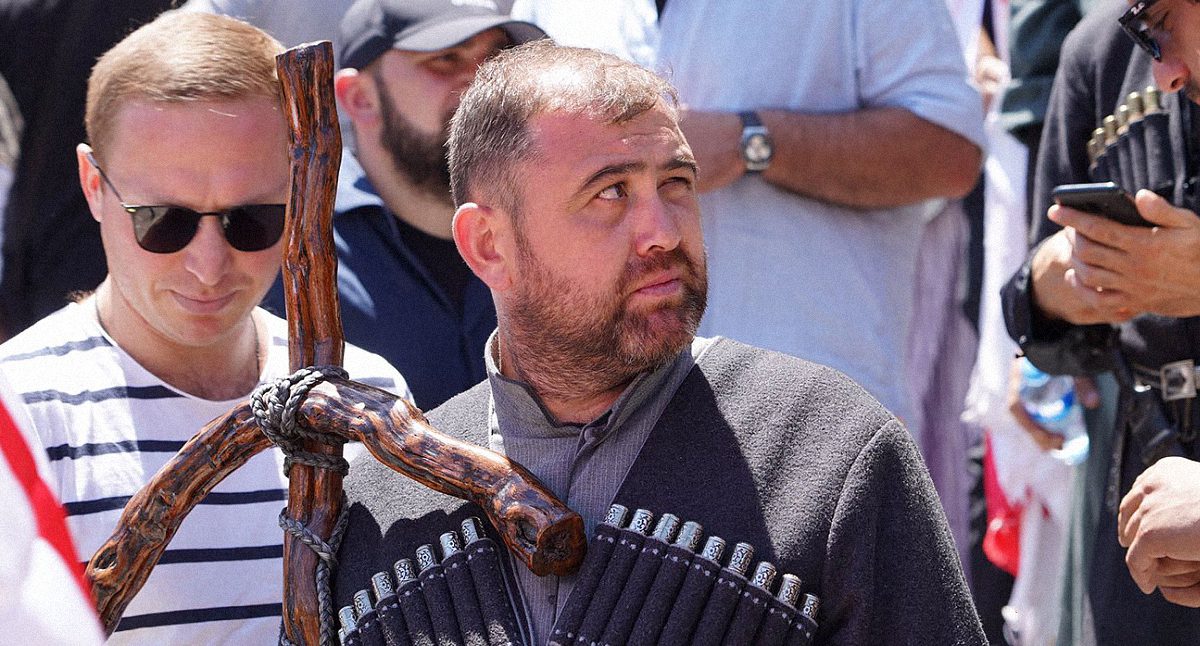 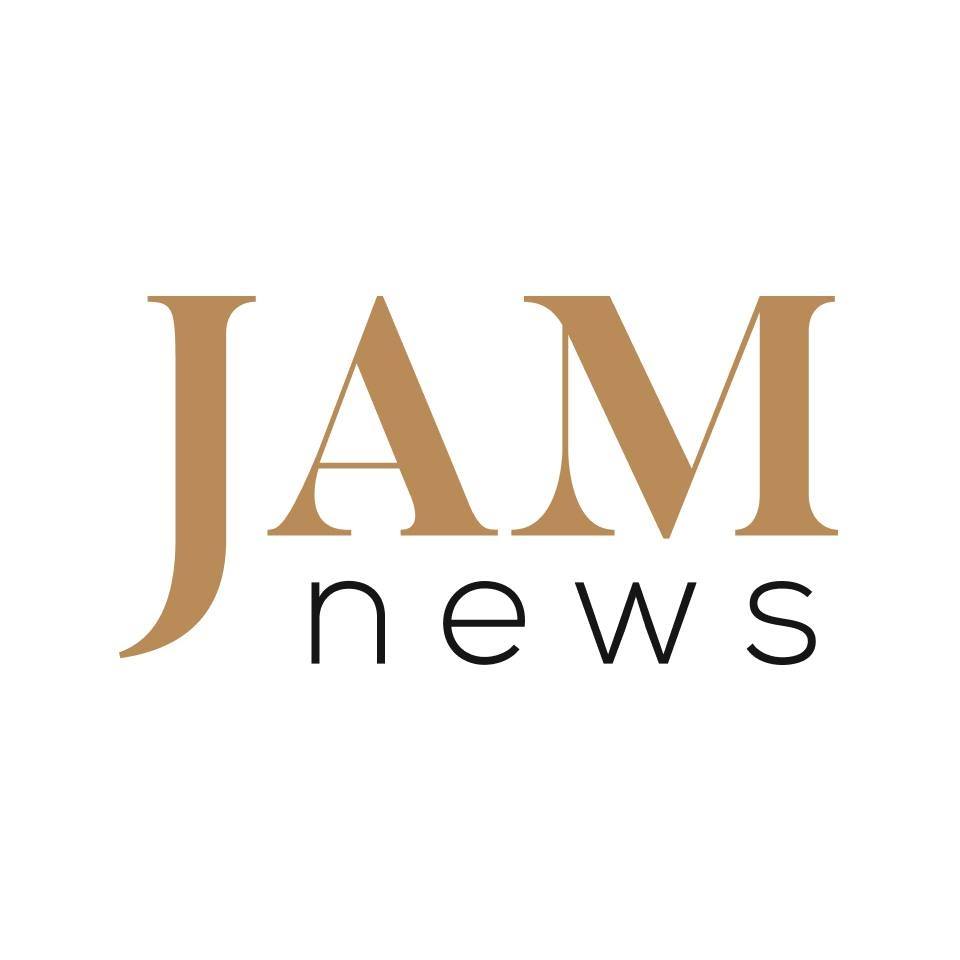 Doctor Grandma: An ophthalmologist has been working at the Institute of Ophthalmology for fifty years – a Zaborona photostory

On July 5th, there was unprecedented violence in the center of the Georgian capital, Tbilisi, where a “March for Dignity” was set to take place. The march, the culmination of Pride Week, began on July 1st. Hundreds of supporters of far right and openly homophobic groups ambushed Pride organizers, ransacked their offices and burned flags of the movement. There was a veritable hunt for journalists: more than 50 people were brutally beaten, and many of them ended up in the hospital. Dozens of cameras were broken, along with other professional equipment. Jam News first reported the story and what it means for Georgia.

According to a number of statements from non-governmental organizations regarding the events of July 5th, “A war on civil society has been declared, and independent media, democracy and European values are under attack,” adding that the burning of a European Union flag during a break-in of an office building has become “the symbol of the day.” According to these reports, “the violence was initiated by the Patriarchate [of the Georgian Orthodox Church] and instigated by the authorities.”

The Georgian Patriarch made a number of statements on Tbilisi Pride. First he publicly called on the government “to not let the parade take place.” He then turned his attention to the European Parliament and diplomatic corps, warning them not to meddle in Georgian religious matters. Finally, he called on his parishioners to take to the street for a massive rally: “Let us get together, let us pray, let the world see that we defend our dignity.”

Attackers smashed tents belonging to the opposition, which had been up in front of the parliament building since fall of 2020, as a sign of protest. This occurred on the morning of July 5th, after Prime Minister Irakli Garibashvili called on authorities to refuse to permit the march, blaming the opposition and ex-President Mikheil Saakashvili for supporting Pride Week “with the goal of destabilizing the situation.”

The situation was practically unmanageable. The police either did not respond to the assaults or they responded far too late. The Tbilisi Pride committee eventually announced that they could not put people’s lives in danger and canceled the march. When this happened, members of the anti-gay groups gathered in front of parliament, turned on some music and danced.

Khatuna Samidze, chair of the opposition Republican Party, believes that the government used the far-right groups for their own purposes, including to smash the opposition tents in front of parliament. She said, “We can now say with certainty that the government has joined with pro-Russian forces. A free citizen in this country is not able to exercise their constitutional rights.”

One important piece of evidence suggesting that the authorities supported the violence against Pride participants and journalists was the fact that the police virtually ignored clashes in the street. Only small groups of patrol officers and criminal police were present, and they were either not able to stop the widespread beatings or were not at the scene on time. No special forces were engaged.

The Authorities Do Not Admit to Their Mistakes

The chair of the ruling Georgian Dream Party, Irakli Kobakhidze, did not agree with the criticism, affirming that the police operation was well planned.

“How many officers do you need to police 10,000 people? Do you remember when one thousand people attacked the parliament building, how many officers were there? When you’re dealing with large crowds, it is hard to react, especially when there are a lot of people,” stated Kobakhidze.

By the evening of July 5th, almost 50 journalists were in the hospital, the majority of them with severe injuries: fractured skulls, concussions, eye injuries, knocked-out teeth, and severe bruising. One person had a broken nose that required emergency surgery. All the journalists who risked their lives to work in the city center said they were attacked on purpose.

Basti Mgaloblishvili, a journalist who works for online publication Publika, told JAMnews that he doesn’t remember there ever being a time of such violence towards journalists in Georgia. He said that he and his colleagues survived deliberate attacks twice.

The second time, they tried to escape and hailed a taxi. Basti said that by that time they were not wearing press vests or holding microphones, but their attackers had apparently overheard their conversation and realized they were journalists.

“A few of us rode away on taxis, others ran onto buses. They started chasing after us. We didn’t care where we were going, we just had to get away,” Mgaloblishvili recalled.

Luka Pertaya, a journalist who works for the website Netgazeti, was wearing a t-shirt that said Press on it, but that didn’t help. He was jeered at and shoved.

“Today was the first time that our journalist badges did not protect us. The opposite—they made us targets. I’ve been doing journalism for six years. I go to every demonstration, including demonstrations of violent groups, but I can’t remember this kind of deliberate persecution,” Pertaya said.

Many journalists have stopped wearing their press badges while working, and have even changed their clothes. However, this hasn’t always helped, since the crowds were aggressive towards anyone holding a camera.

“I was pushed to the ground and dragged for almost 200 meters. The crowd was punching and kicking me, and not a single police officer rushed in to protect me,” said Rati Tsverava, a journalist for the Formula-1 television network.

Given the dangerous situation, television networks and newspapers finally made the decision to call their reporters back from the scene of the events.

One of the biggest surprises that day was that the violent groups quickly became aware of any decision made within the small circle of Tbilisi Pride organizers.

“What happened in Tbilisi was classic hybrid warfare of the Russian tactical style,” believes Teona Akubardiya, a defense and security expert. “This was an attack on our democracy, the rule of law, human rights, the media, on our foreign direction.”

“This is not the Georgia I know, this is not Georgian tradition, not our religion. This is not the future we want for this country,” Salome Zurabishvili, the president of Georgia, said in a statement.

In the eyes of civil society, that was the only normal statement given by the Georgian government.

A joint statement condemning the events was released by a group of Western governments: Finland, France, Germany, Greece, Ireland, Israel, Italy, Latvia, Lithuania, the Netherlands, Norway, Spain, Sweden, Great Britain, the United Nations system in Georgia, the United States Embassy and the Delegation of the European Union in Georgia.

Get notified about exclusive offers every week!