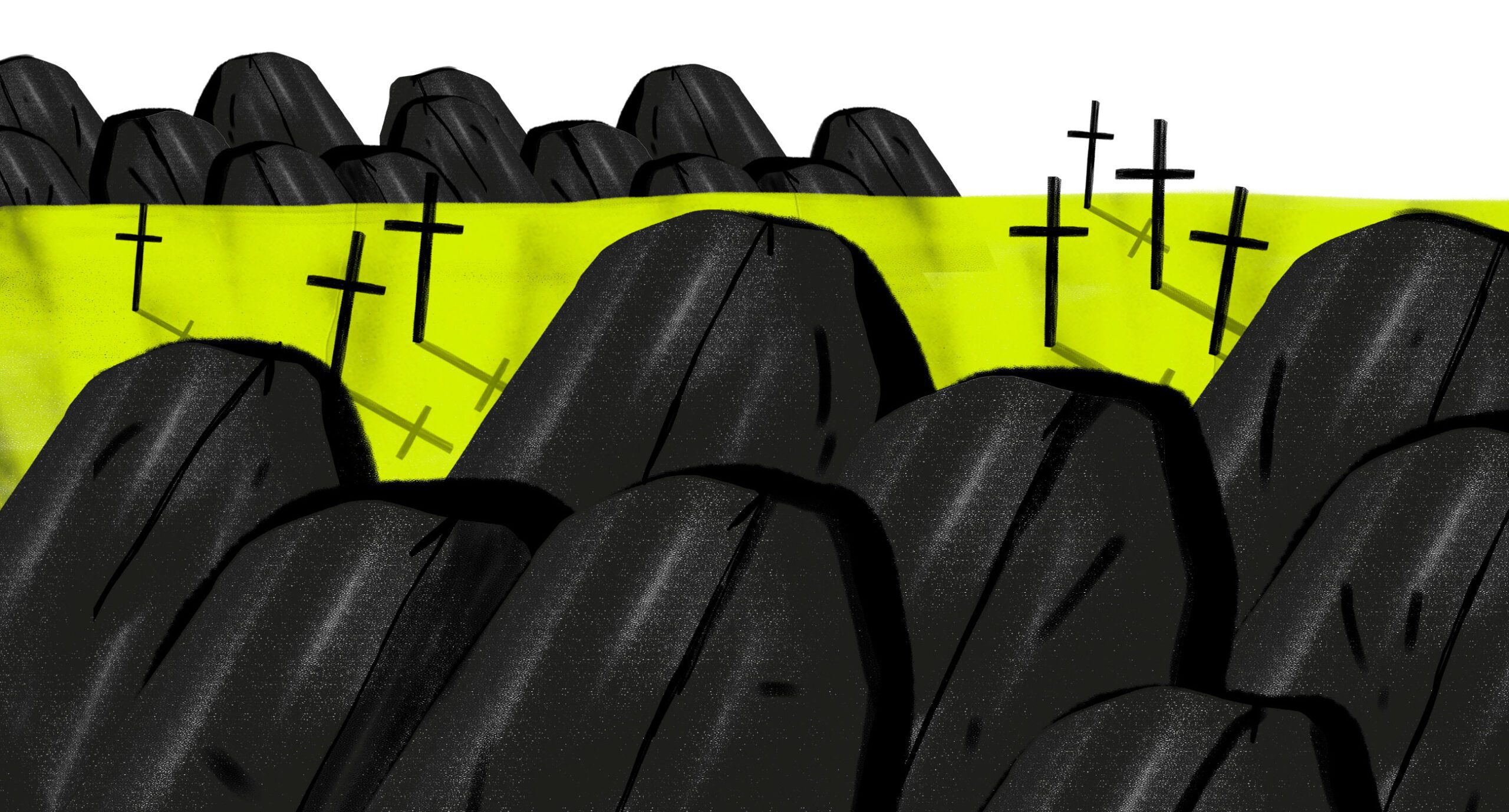 Russian propaganda mostly works for the domestic audience – after February 24, few people in the world believe in conspiracies about the “genocide” of the mythical people of Donbas and the “bio laboratories”. During the armed conflict from 2014 to the beginning of 2022, more than 14 thousand people died. Since the first days of the full-scale invasion, Russia has blamed Ukraine for the victims and destruction in Donbas. Zaborona decided to explain how the Russian authorities manipulate the data, as well as to mention how many civilians and soldiers actually died during the years of trench warfare.

The armed conflict in eastern Ukraine began in 2014. After Russia illegally annexed Crimea, pro-Russian militants seized state institutions and stormed military units in Donbas. In response, Ukraine launched an anti-terrorist operation to establish control over the industrialized parts of the Donetsk and Luhansk regions, also known as Donbas. Fierce fighting during 2014-2015 ended with a third of this territory — its most urbanized part — being occupied by the self-proclaimed “Donetsk and Luhansk People’s Republics.”

From September 2014 to February 2015, Russia, Ukraine, France, and Germany signed several Minsk agreements, which ultimately stopped the advance of troops and significantly reduced hostilities. But the agreements were not implemented: the fighting turned into trench warfare, in which approximately 75,000 soldiers fought along a front line 420 km long, passing through densely populated areas. The war started by Russia on the territory of Ukraine destroyed the region’s economy and heavy industry, forced more than 1,400,000 people to become internally displaced persons, and turned the conflict zone into one of the most mined territories in the world.

Where did the accusations on ‘eight years’ come from?

On February 21, Russian President Vladimir Putin recognized the independence of the self-proclaimed DNR and LNR (Donetsk and Luhansk People’s Republics). On the day of the Russian Federation’s full-scale invasion of Ukraine, in his address to the Russians, Putin stated that the purpose of the “special operation” is to protect people who have been subjected to abuse and genocide by the “Kyiv regime” for eight years.

On the same day, numerous users on social networks launched the hashtag #НетВойне! (#NoToWar), speaking out against military actions in Ukraine. In response, comments with the key phrase: “Where were you eight years ago, when they started bombing Donbas?” began to appear. The position of the Russian authorities and the invasion of Ukraine were supported by such Russian stars as the singer Nikolai Baskov, the CEO of TNT channel Tina Kandelaki, the radio host Alla Dovlatova and many others. All their posts looked the same and contained the thesis about “eight years”.

So who shelled the territory of Donbas?

Periodically, both Ukrainian and pro-Russian forces tried to control the major territory in Donbas. In some months the fighting was fiercer, so there was more destruction, deaths, and injuries than in others. Geographically, losses tended to be concentrated where parties were particularly close to major infrastructure or each other.

As of 2020, the UN monitoring mission in Ukraine noted in its report on the human rights situation in Ukraine that more than 55,000 residential buildings were damaged on both sides of the contact line during hostilities. In 2019, 738 houses were shelled. According to the statistics of calls to the NGO Donbas SOS hotline from civilians living in the conflict zone, the problem of damaged or destroyed housing and compensation for damages is one of the most urgent. To date, humanitarian organizations have eliminated more than 60% of such damages.

How does Russia manipulate data on the dead?

Information about the number of people killed during the conflict was often used for manipulation. It is likely that some non-combat casualties among militants on both sides were sometimes reported as combat by officials or the media.

In particular, the representative of the Russian Ministry of Foreign Affairs, Maria Zakharova, stated that at least 13,000 people have died in the war in eastern Ukraine since 2014. She also claimed that the “systematic extermination of the population of Donbas” is ongoing, but there is no evidence of this. The monitoring mission of the OSCE, which has been operating in Ukraine since 2014, did not find confirmation of mass killings of civilians in Donbas. The Russian Foreign Ministry has not yet provided any official evidence of the “systematic extermination” of people in this region.

Also, the Office of the UN High Commissioner for Human Rights estimated that from April 14, 2014, to the beginning of February 2021, 13,100 to 13,300 people died as a result of hostilities in Donbas. Of them, 3,375 are civilians, approximately 4,150 are Ukrainian military personnel, and approximately 5,700 are militants.

The UN also includes cases not directly related to military operations in the statistics of military deaths: in particular, death as a result of careless handling of weapons, road accidents, illnesses during service in the conflict zone, murders, and suicides. For example, during the anti-terrorist operation, at least 554 people committed suicide. That is, deaths not related to hostilities make up approximately 30% of the total number.

On July 27, 2020, another agreement on a “full and comprehensive ceasefire” entered into force in Donbas. After a month of silence, shelling resumed. According to the Armed Forces of Ukraine, in 2021, as of December 21, 65 people from the personnel of the Armed Forces of Ukraine were killed in combat. Also, the military men were regularly killed after detonating explosive devices. In particular, at the beginning of last year, three soldiers died because of it.

In total, from the beginning of the “truce” until the evening of February 18, 2021, the Special Monitoring Mission of the OSCE counted 9,680 violations of the ceasefire regime (every shot or explosion is considered a violation by the OSCE).

How many civilians have died since February 24?

The Office of the UN High Commissioner for Human Rights recorded 11,544 civilian casualties in Ukraine since the start of the full-scale offensive — 5,024 killed and 6,520 wounded.

Most of the recorded civilian deaths were due to the use of wide-range explosive devices, such as heavy artillery and multiple rocket launchers, as well as missile and air strikes.