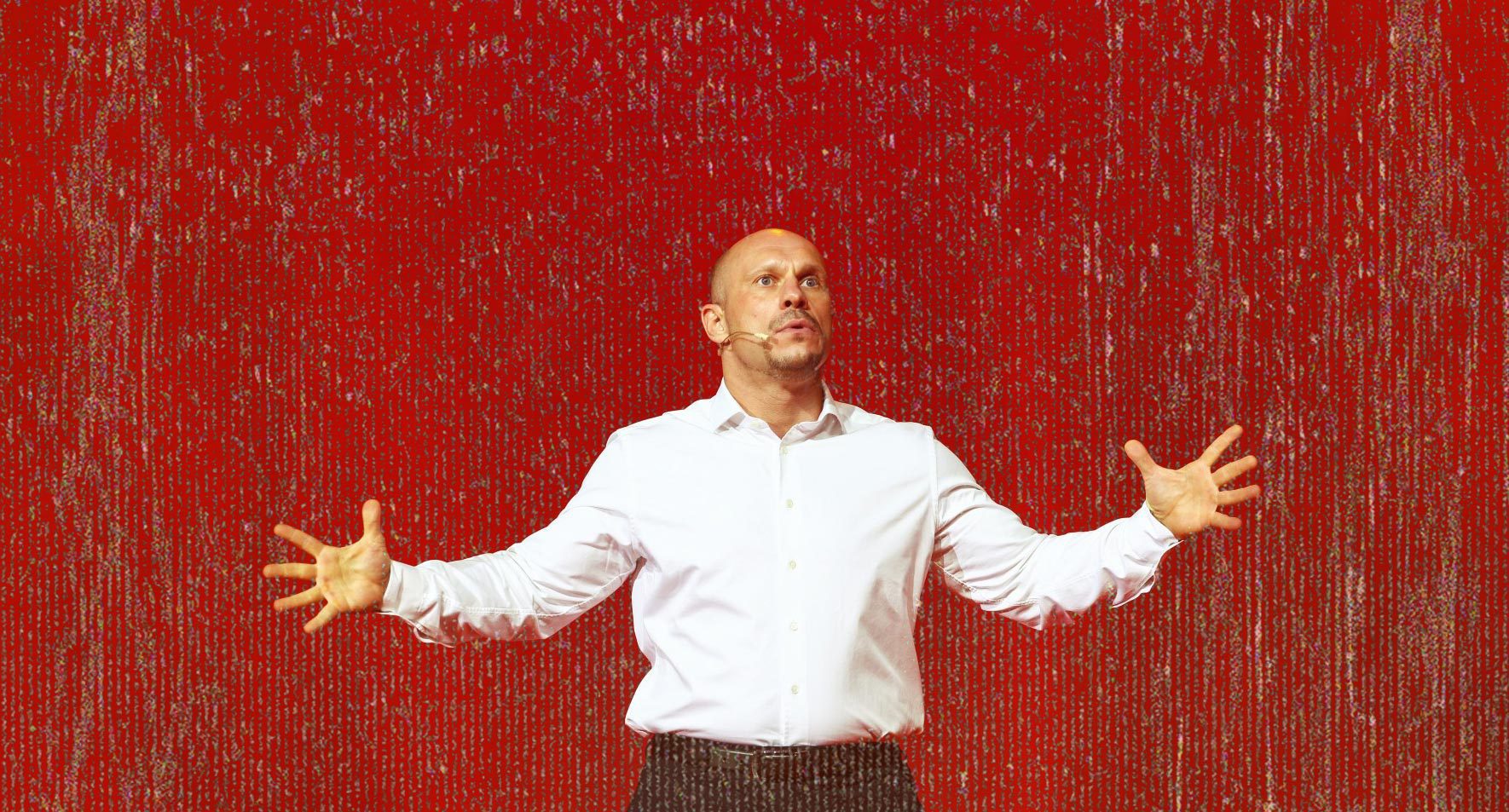 Despite its status as an ostensibly ‘poor’ country, Ukraine has seemingly managed to maintain one aspect of its Soviet identity – that of a highly educated populace. Literacy rates in the country stand at 100%, and the country ranks fourth in the world for the percentage of the populace with higher education. As recently as 2012, Ukraine’s spending on education compared to GDP was as high as developed countries like Korea and the U.S.A. Zaborona’s Romeo Kokriatski takes a look into the often-murky world of Ukrainian educational corruption.

These numbers, on paper, add up to a country that Western companies are more than happy to outsource to, one with a number of recognized start-ups like Grammarly and Depositphotos, and one whose engineers, software and otherwise, are often recognized as among the best in the world. Unfortunately, these rosy statistics hide a dark truth, one immediately obvious to anyone who’s had any sort of interactions with the Ukrainian educational system – it’s mostly bullshit. Nothing exemplifies that contrast between a highly educated, literate, and sought-after population on paper, and the corruption in practice than the case of MP Ilya Kiva, who recently conducted a successful defense of ‘his’ doctoral thesis.

From Right Sector to Pro-Russian Oppositionist

MP Kiva is a rather infamous figure in the annals of Ukrainian politics. His political ambitions began in 2013, when he mounted an unsuccessful campaign to stand as MP for one of Kyiv’s districts. Although it failed, Kiva succeeded in getting his name out there, and before long, he was given a number of important posts in post-Maidan Ukraine: being appointed the Deputy Chief of the Donetsk regional department of the Ministry of Internal Affairs and heading the Ministry’s anti-drug crime division. The latter position resulted in an infamous interview in 2016 where Kiva, technically a law enforcement official, admitted that he would be more than happy to use extralegal methods to combat drug crimes.

When Kiva was fired from his position later that year, his political ambitions only reignited. He announced that he was the chair of the Socialist Party in 2017 – an interesting announcement, given that none of the party’s other officials recognized his membership in the party, much less his chairmanship (a feat rumoured to have been achieved via standard ‘raiding’ methods), and, in 2019, ran for president under that party’s auspices. His presidential run was unsuccessful, and Kiva switched to the Opposition Platform – a party largely made up of former pro-Yanukovych loyalists from the Party of Regions and run by the godfather to one of Vladimir Putin’s daughters, Viktor Medvechuk. With the Opposition Platform’s help, Kiva finally won himself a parliamentary seat, and was given a place on the Law Enforcement Committee.

Kiva, unable to keep himself out of the headlines, was then accused of multiple charges of bribery, both giving and receiving, and was a co-signer of a bill submitted by the Opposition Platform to negate a core anti-corruption reform – a bill later upheld by Ukraine’s Constitutional Court. He was also accused of texting a prostitute during a parliamentary vote, and claimed that right-wing nationalists targeted his campaign bus during the 2020 elections with gunfire.

Truly a Land of Masters

Kiva’s political history, while colorful, is not out of the norm for Opposition Platform politicians, who have generally been suspected of involvement in a range of corrupt activities. But it’s Kiva’s recent proclamation on April 26, 2021 that raised eyebrows once again. On that date, Kiva claimed to have successfully defended his doctoral thesis in the field of Government Management.

This claim immediately drew wide criticism and derision from all corners of Ukrainian politics, with one notable example being a scathing op-ed penned by Golos party opposition MP Inna Sovsun. Journalists quickly pointed out that the defense would more accurately be portrayed as a farce, as video evidence showed that Kiva provided absurd answers to basic questions about his dissertation, in one case, claiming that a question would be answered in his ‘next work.’

Yet Kiva is not alone in efforts to obtain a doctorate. In fact, every 16th MP holds a doctorate, possibly because of the pay bump that comes with the academic title – a 15% pay raise, or about $189. However, the social cachet of a higher education in the former Soviet Union is hard to overstate – officials as high up as Russia’s Putin have been accused of plagiarism, and overall, Ukraine has gained a reputation as a haven for one-stop dissertation writing shops.

As abhorrent as this situation may be, to defenders of academic honesty, the educational system has, in large ways, been adapted to the widespread corruption. Deans and faculty heads often provide little advice or counseling on thesis statements, rejecting them outright on flimsy premises – as this author once discovered. Yet the struggles and troubles seem to fade away once money is introduced into the equation, making the granting of degrees, from the bachelor level to the doctoral, a lucrative business.

Statistics on how many dissertations have been granted fraudulently is hard to come by, for obvious reasons. Yet educators have consistently complained of the little effort made by students who know that they’ll receive their degree regardless of their studies, or even their attendance to class, and well-known journalists have written about their experience trying to defend their dissertations honestly – without bribes. It goes without saying that those experiences have been uniformly negative.

A Grade of Corruption Still Passes

For a country that values educational achievement, the news of these scandals, and the obvious corruption floating right below the surface, barely touches the average populace. Politicians and other officials found to have falsified their dissertations or simply bought their degrees rarely face censure for their acts. And simply having the degree is often enough to receive pay raises, earn social capital, and teach at top universities.

With the low level of educator salaries in Ukraine (a docent with a doctorate degree earns approximately 14,000 UAH, or about $500, which is considered to be one of the better paid positions), the system, as corrupt as it is, seems to satisfy many. Educators can count on the bribes to bump up their meagre salaries, while students and postgrads can count on unlocking the piece of paper necessary for greater respect in their profession, and often a pay raise. Working undergrads can avoid having to juggle work and study – a critical question in a country which has seen double-digit inflation in recent years, barely stabilizing at above 5% in 2019.

At the same time, the rosy numbers mentioned by outsourcing companies and educational statistics tend to lose their luster when the widespread practice of fraudulent degrees and bought dissertations come to the fore. Not to mention the damage Ukraine’s international reputation takes as a result – though whatever the wider academic community may think, Ukraine continues to admit international students, many from India and Arab countries, and many that choose to study in Ukraine specifically because of the corrupt nature of the system.

The wheels of higher education may turn, greased by a system made to take bribes above anything else – but if Ukraine truly wants to integrate into the wider world, Ukrainians are going to need actual knowledge – not just a piece of paper attesting to the same. Meanwhile, Ilya Kiva will likely soon stride into parliament, no longer without an honorific: Dr. Ilya Kiva will take his place amongst the august members of the Verkhovna Rada as one of their educated elite.