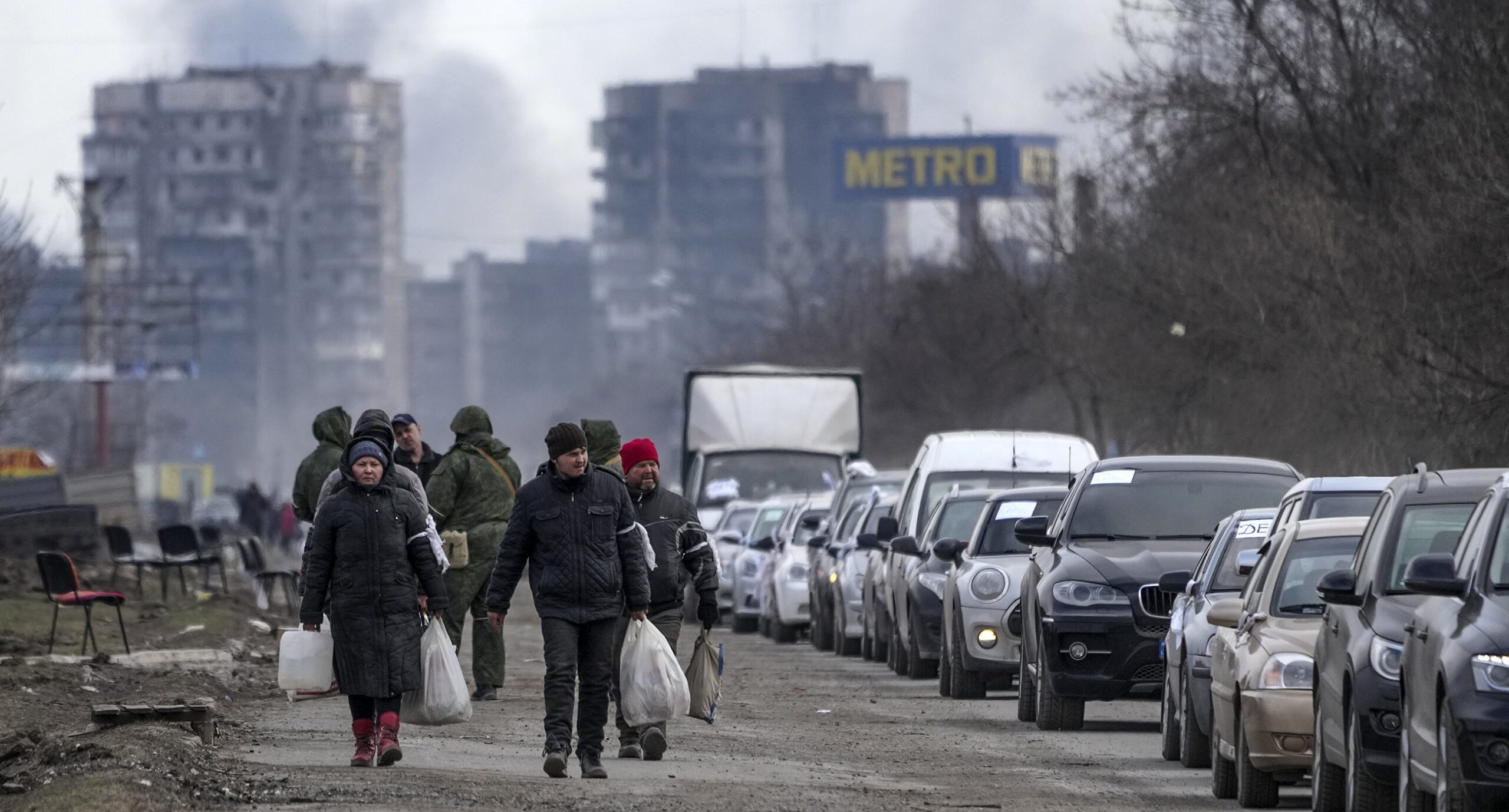 Мariupol has been blockaded for thirty-five days. The occupiers started shelling the city during the first days of Russia’s full-scale invasion of Ukraine and succeeded in surrounding it on March 1. This whole time its citizens have lived not only with the unending sounds of shelling but have been cut off from light, water, gas, and electricity and have no access to food and medicines. The first humanitarian corridor was finally opened on March 14 and almost everyone who left described what they experienced as hell. We have brought you stories about Mariupol before: about emergency medics, about a woman who escaped the occupation and then returned to rescue her family, and about the workers at a center to help evacuees. This time we are showing you pictures of Mariupol today: ruined buildings, destroyed military hardware, and makeshift cemeteries in the middle of backyards.