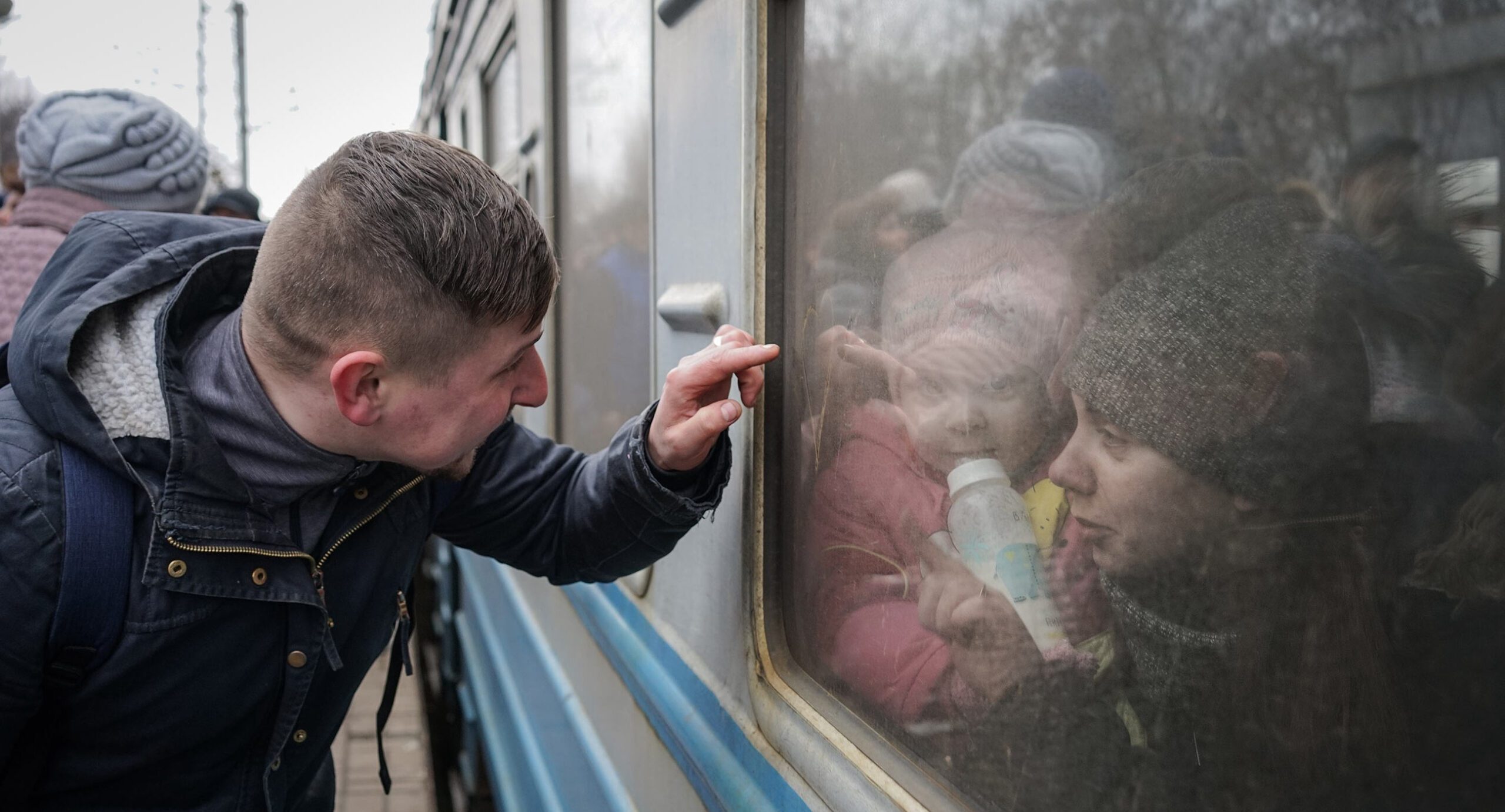 Ever since the beginning of the war Boyarka, in the Fastiv Raion of the Kyiv Oblast, has been a problem for the occupier. As with many cities near Kyiv, Russian troops started shelling Boyarka on March 1st to seize and surround the Ukrainian capital. On March 4th Boyarka´s city council organized transportation for its citizens. Two special transports – from the Boyarka train station to Ternopil – were able to evacuate close to one thousand persons, mostly women, and children. Our producer of visual reporting, Ivan Chernichkin, has filmed moments of farewell and separation of families.