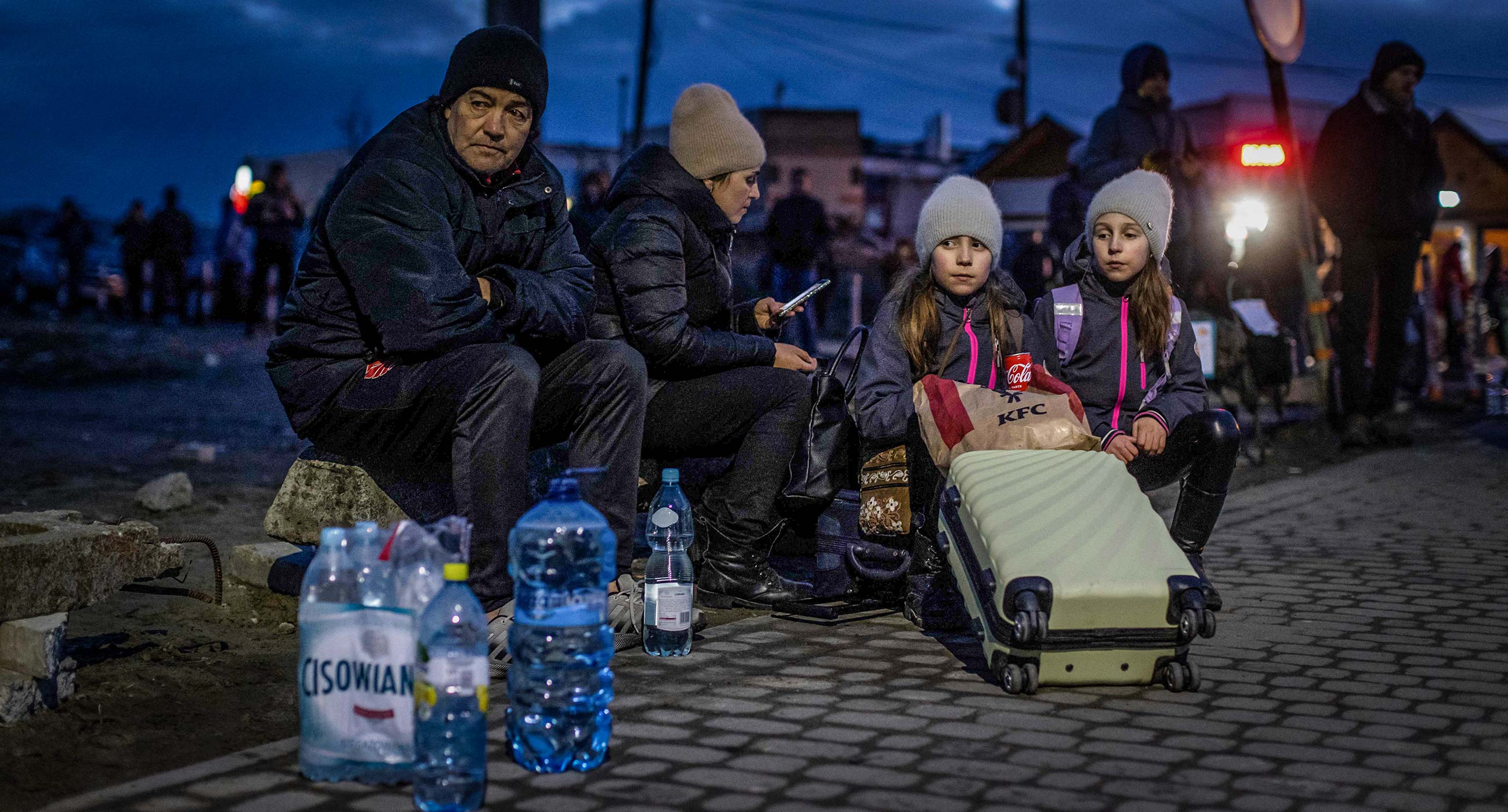 Ukrainian citizens are seen arriving at the Medyka pedestrian border crossing in eastern Poland on February 25, 2022, fleeing the conflict in their country, one day after Russia launched a military attack on its neighbour Ukraine. Photo: WOJTEK RADWANSKI / AFP via Getty Images

On February 24, Russia started a war against Ukraine, and millions of people across the country woke up to the sound of missile strikes. The Kremlin called the fighting in Ukraine a “special operation” and said it was targeting military bases. However, the world quickly saw that this was not the case: according to the UN, by the morning of February 27, at least 64 Ukrainian civilians had been killed. At the same time, hundreds of thousands of Ukrainians decided to leave the country to save their lives — the UN cites the figure of 368,000 refugees. They are heading west: to Poland, Hungary, Slovakia and other countries. And they have no idea when they will be able to return. Zaborona collected two dozen images that most vividly demonstrate what Ukrainians are facing now in evacuation abroad.