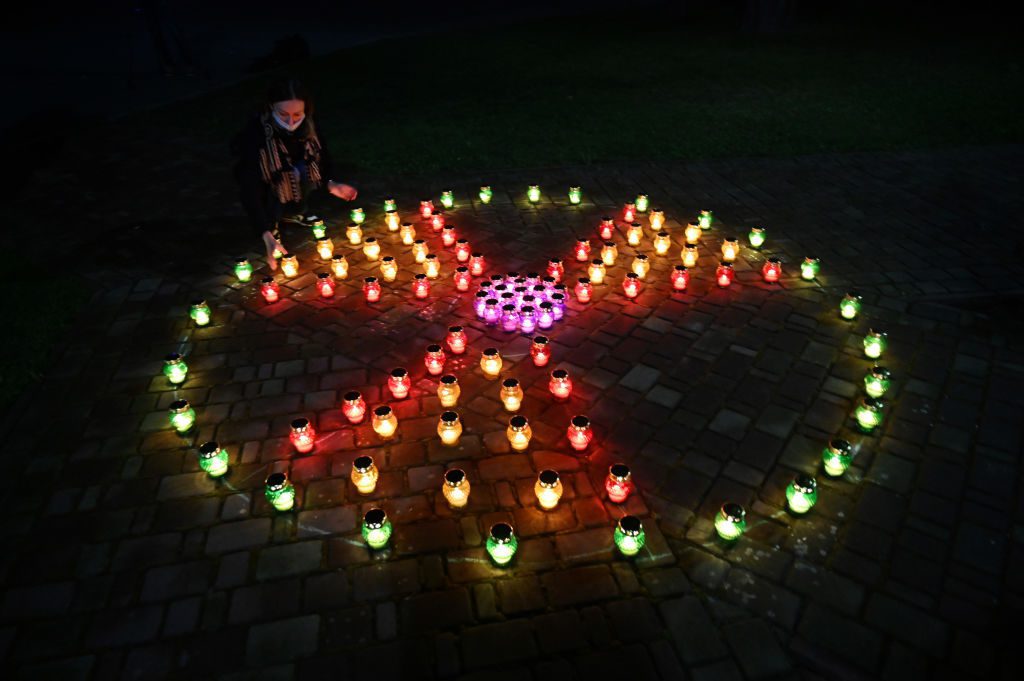 Illustration. On April 25, 2020, a girl in a mask puts a candle that forms a sign of radioactivity near the monument to the victims of Chernobyl in Slavutych, the city where the workers of the power plant lived. Photo: SERGEI SUPINSKY / AFP via Getty Images

The Russians set up a base of heavy equipment and ammunition depots on the territory of the captured Zaporizhzhya nuclear power plant. There is a shortage of food, and staff work under constant pressure from the occupiers. The reserves of some critical parts are gradually being depleted: this violates all possible safety protocols and could lead to a catastrophe at a nuclear facility on a continental scale.

Zaborona tells what the Russians have done to the Zaporizhzhya nuclear power plant in more than a month and a half of occupation.

Zaporizhzhya NPP under occupation: what conditions the station staff works in

Since March 4, 2022, the Zaporizhzhya nuclear power plant and the city of Energodar are under temporary occupation by Russian invaders. According to the head of Energoatom Petro Kotin, the station’s staff is working under constant pressure from the military and Rosatom representatives, and a whole bunch of weapons have been collected on the territory.

«There are groups of armed soldiers, heavy equipment, ammunition depots, etc. on the site. All that the IAEA will have to oppose: the physical presence of troops in the perimeter of the station, the physical meter itself is damaged, we do not control it… Russia has opened a nuclear power plant site at the military base, staff working under pressure can not rest, although it follows safety rules. There is also a lack of food supplies. All these facts are a direct violation of nuclear and radiation safety», — said Petro Kotin.

The presence of a large number of weapons at a nuclear facility poses a threat of a major nuclear catastrophe not only in Ukraine but in Europe as a whole. If a deposit of ammunition damages a reactor or a nuclear fuel depot, the scale of the radiation release could be much higher than in Chernobyl. It is also very important that the staff has the right working conditions, because it depends on the serviceability of the equipment at the station, the technical process and the safety of the facility as a whole.

According to Kotin, despite the occupation, the station rotates from time to time. ZNPP workers living in Energodar voluntarily go to a Russian-occupied facility to carry out their duties. He also stressed that the station is working according to plans that were drawn up in advance.

«We don’t work off the wheels usually. We have a reserve of spare parts, chemicals, and for some time we can work “without a supply”. Of course, there are critical positions that will need to be driven up. We are deciding how to supply them or work without them», — said the head of Energoatom.

Earlier, Zaborona told about how to act if an accident at a nuclear facility happens, as well as what dietary rules should be followed to avoid radiation exposure.