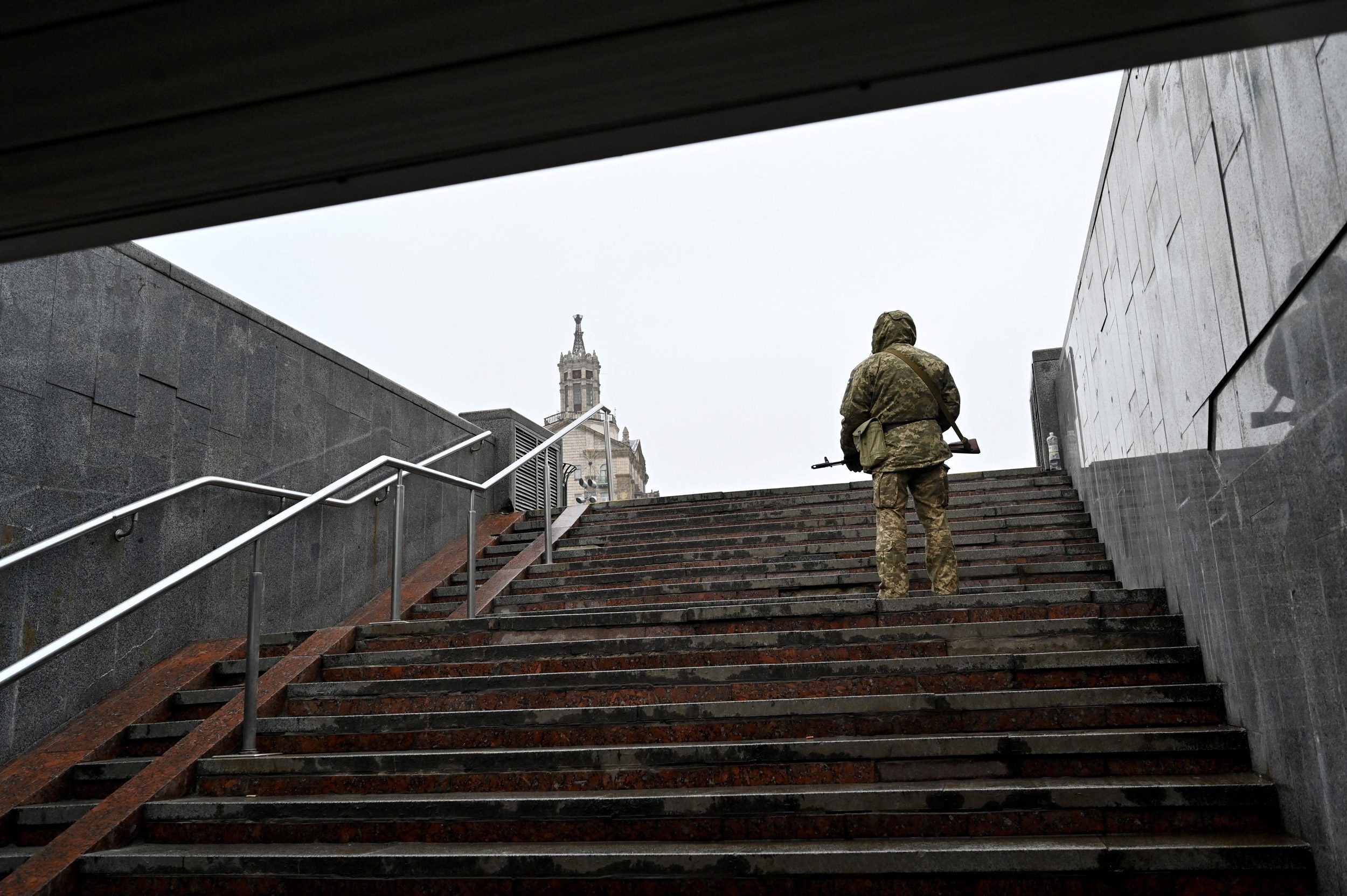 A fighter of the Ukrainian Territorial Defence Forces, the military reserve of the Ukrainian Armed Forces, stand guard at the underground crossing and subway entrance in the center of Kyiv on March 1, 2022. Photo: SERGEI SUPINSKY / AFP via Getty Images

The war in Ukraine is now in its eighth day. Every city in the country, to which the Russian army came with the so-called liberation special operation, is experiencing death and large-scale destruction. Just in recent days, Russian troops have carried out air strikes on Kyiv, Kharkiv, Zhytomyr, Sumy, Cherkasy, Poltava, and other cities. For the second day in a row, the Ministry of Health of Ukraine has not published any official data on casualties among the military and civilians, however we hear news about the dead and wounded from all regions. Zaborona shows two dozen present-day shots of Ukrainian cities visited by the invaders. The photos tell the story themselves.

Warning: this article contains graphic content and may be upsetting to some people