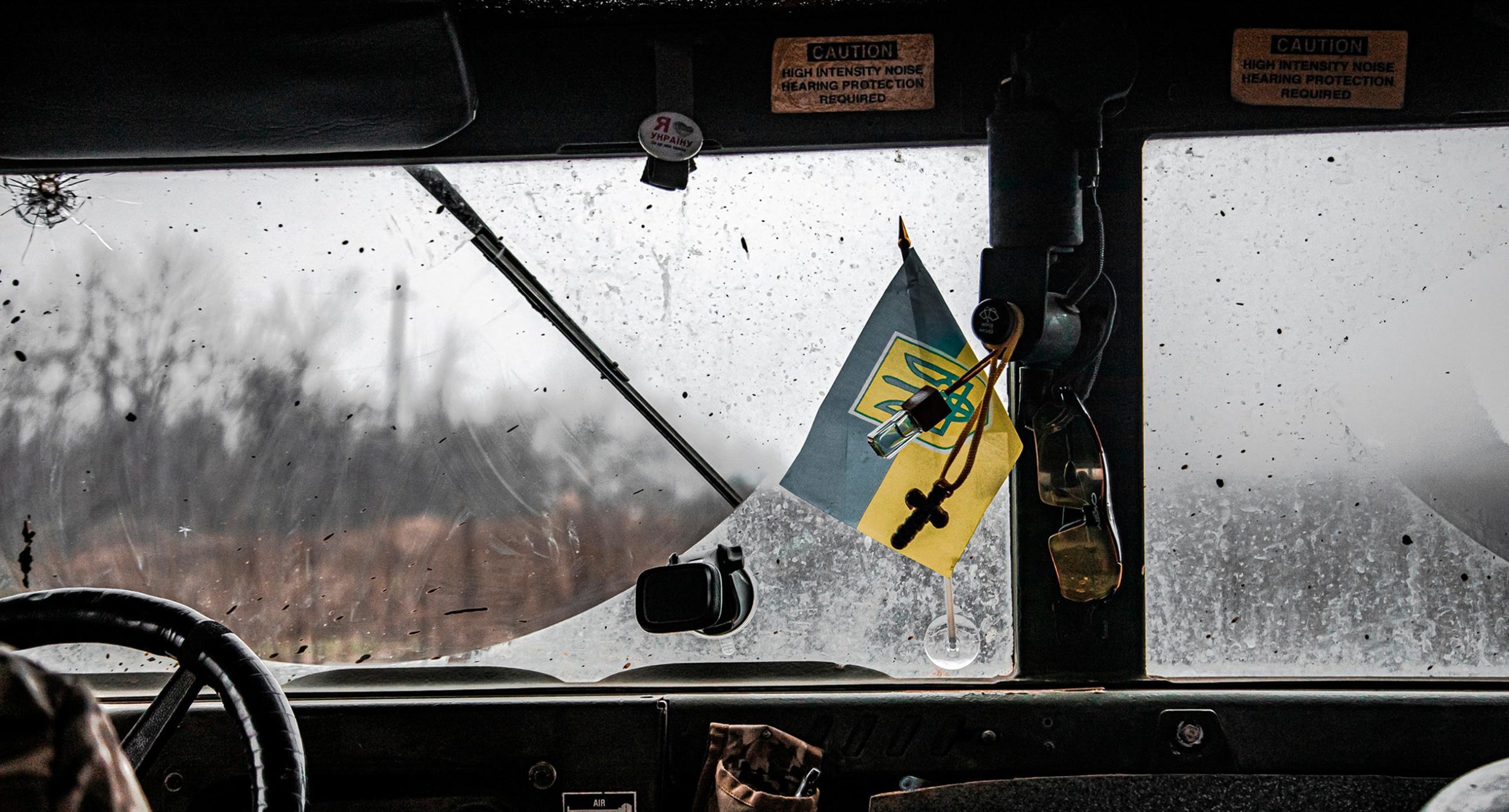 On March 30, 2021, the Ukrainian Parliament announced that Russia was ‘escalating’ its military movements both into Crimea and near the de jure Russian-Ukrainian border. Tensions between the two countries, always at a constant simmer due to Russia’s invasion and occupation of several Ukrainian territories, have now sprung into a full blaze. However, Russia’s intentions – invasion or intimidation – aren’t yet clear. Zaborona’s Romeo Kokriatski traces the facts on the ground to try and shed light on Russia’s latest movements.

Possibly the first sign of the oncoming Russian escalation was the sudden intensification of sniper attacks on Ukrainian positions on the front lines in Donbas in recent weeks – four Ukrainian service members were killed by snipers during the week of March 22, in contrast with only two confirmed deaths from sniper fire for the entire months of February. The Organization for Security and Cooperation in Europe, responsible for monitoring the situation on the ground and ensuring that a recent ceasefire, signed on July 27, 2020, was followed, began reporting of both increasing ceasefire violations from non-government controlled territory, and of new restrictions on their own movements.

Their reports coincided with warnings from the head of Ukraine’s armed forces, Ruslan Khomchak, to Parliament about the Russian buildup, warning that it was “a threat to national security.” Russia had begun to transfer in units from as far as Siberia to positions in Crimea and along the shared border – notably to Voronezh, some 400km from the Ukrainian Kharkiv and home to nearly 1.5 million Ukrainians.

This wasn’t simply hysteria – open source investigators from Bellingcat and the Conflict Intelligence Team had begun tracking the movements of these units, ranging from infantry brigades to combat-hardened tank and airborne units.

U.S. officials began expressing concern over Russia’s actions, which spurred a long-awaited phone call between Ukrainian president Volodymyr Zelenskyy and U.S. president Joe Biden. Ukraine, for its part, announced that its army was “ready to handle any Russian provocations,” while Ukrainian society wildly speculated about the causes of this move. Any number of eminently reasonable explanations were given for this seemingly sudden shift in the status quo – water shortages in Crimea, Ukrainian government action against pro-Russian politician and oligarch Viktor Medvechuk, Putin’s flagging popularity ratings at home, simple intimidation ahead of planned negotiations, a test of Joe Biden’s resolve, Alexey Navalny.

Yet the Kremlin’s true reasoning and motivations remain shrouded in mystery, with Russian authorities simply stating that “…[Russia’s military movements] shouldn’t worry anyone…” Russian propagandists even tried to spin the escalation as the fault of the Ukrainian side, which continues to hold the front lines and regulate movement between government and non-government controlled territory.

Ukrainian officials have cause for concern, but mass mobilization has not yet been called – and the Zelenskyy administration seems adamant about their desire to resolve the conflict diplomatically instead of via force – though the Ukrainian military has been raising new defense units in southern Ukraine to provide more of a bulwark against a Russian attack.

Every war needs good propaganda, and Russia’s disinformation-mongers have been spreading incredibly wild ideas on prime-time television. So-called ‘experts’ have debated the effectiveness of detonating a nuclear bomb in the Pacific Ocean to discourage U.S. intervention, while others have sketched out dreams of a divided Ukraine. Their idea for everything east of the Dnipro river? The “Republic of Troieschyna”, after a relatively isolated neighborhood on Kyiv’s outskirts.

These musings are not dissimilar to those that preceded the first incursion in 2014, though with variations on the theme. That’s not the only throwback – the Conflict Intelligence Team claims to have geolocated the movements of the Russian 76th Airborne Regiment. The regiment was first geolocated by Bellingcat in 2014, providing one of the many pieces of conclusive evidence of direct Russian military involvement in Ukraine, despite Russia’s protestations.

According to CIT, the 76th, along with the 104th Guards Airborne Division, are headed to a new posting in Crimea. Meanwhile, the 74th Guards Motor Rifle Brigade and the 120th Guards Artillery Brigade, are being transferred from the town of Yurga in Siberia to Voronezh. The 120th has been alleged to have taken part in missions in Syria, in support of Syrian dictator Bashar al-Assad.  In all likelihood, Voronezh is shaping up to be a staging point for possible activity.

In fact, rail movement of far-flung divisions to the border has resulted in  notable upheaval in Russia itself, with factory directors encountering a lack of railway carriages – due to their capacity currently being occupied by the military. Prior mass movements of military units and personnel within Russia have been excused with or tied to military exercises, such as the Zapad exercises. The next Zapad exercise is planned for September in this case however, and Russia’s current explanations are unspecified ‘military drills’ alongside orders from Russian defense minister Sergey Shoygu to conduct ‘combat readiness checks.’

NATO Support and the Question on Everyone’s Mind

Achieving NATO membership has been a Ukrainian goal for decades, but the path there has been a rocky one. Outwardly, however, NATO has pledged its support for Ukraine’s independence, and several high-level meetings and calls between Ukrainian and NATO officials have been held in recent days.

NATO secretary-general Jens Stoltenberg spoke with Zelenskyy about the unfolding situation, and reaffirmed NATO backing in a tweet. Meanwhile, the chairman of NATO’s Military Committee, Air Chief Marshal Sir Stuart Peach, visited Kyiv itself, meeting with top Ukrainian generals and stating that “ Ukraine is one of NATO’s closest and most important partners”.

At the same time, NATO has not yet committed to a clear membership action plan for Ukraine, though Zelenskyy reportedly pushed Stoltenberg on it during their call, with the Ukrainian president mentioning that “NATO is the only way to end the war in Donbass.” Since Ukraine isn’t a NATO member, NATO has no obligation to step in – and the alliance has not made comparable troop movements. Practically, this signals that NATO is unlikely to intervene militarily – at least at first – if Ukraine is re-invaded.

With Russia’s troop buildup at levels unseen since 2015, a tense atmosphere has settled over the Ukrainian capital as experts and politicians attempt to devise a proper response to the escalation – one strong enough to fend off a Russian attack, yet not enough to provide Russia with either a propagandized reason for invasion, or to provoke it into attacking prematurely. Russia’s own statements – beyond their flat denial of any plans of invasion – are vague and contradictory, and hardly offer any comfort to a worried Ukrainian populace.

If all of this is simply provocation, it’s a costly one: moving troops and equipment from the Far East and Siberia to Europe is far from cheap, along with surprise inspections and readiness checks on arrival. Nikolai Patrushev, a former FSB director and current secretary for Russia’s Security Council claimed in a recent interview that Russia has no plans to involve itself in the Donbas conflict (presumably, beyond the direct involvement of the war).

Patrushev’s word will likely not be enough to reassure Ukrainian authorities that Russia isn’t planning to invade, especially considering that that same interview implies that the United States is creating biological weapons on par with COVID. Russian and affiliated media continues to push a narrative of Ukrainian and NATO provocation despite absolutely no evidence save the statements of Russian security officials.

Whether Russia invades or not, tensions in Eastern Europe have undoubtedly reached a boiling point, and the drumbeats of war, once started, are hard to quench.