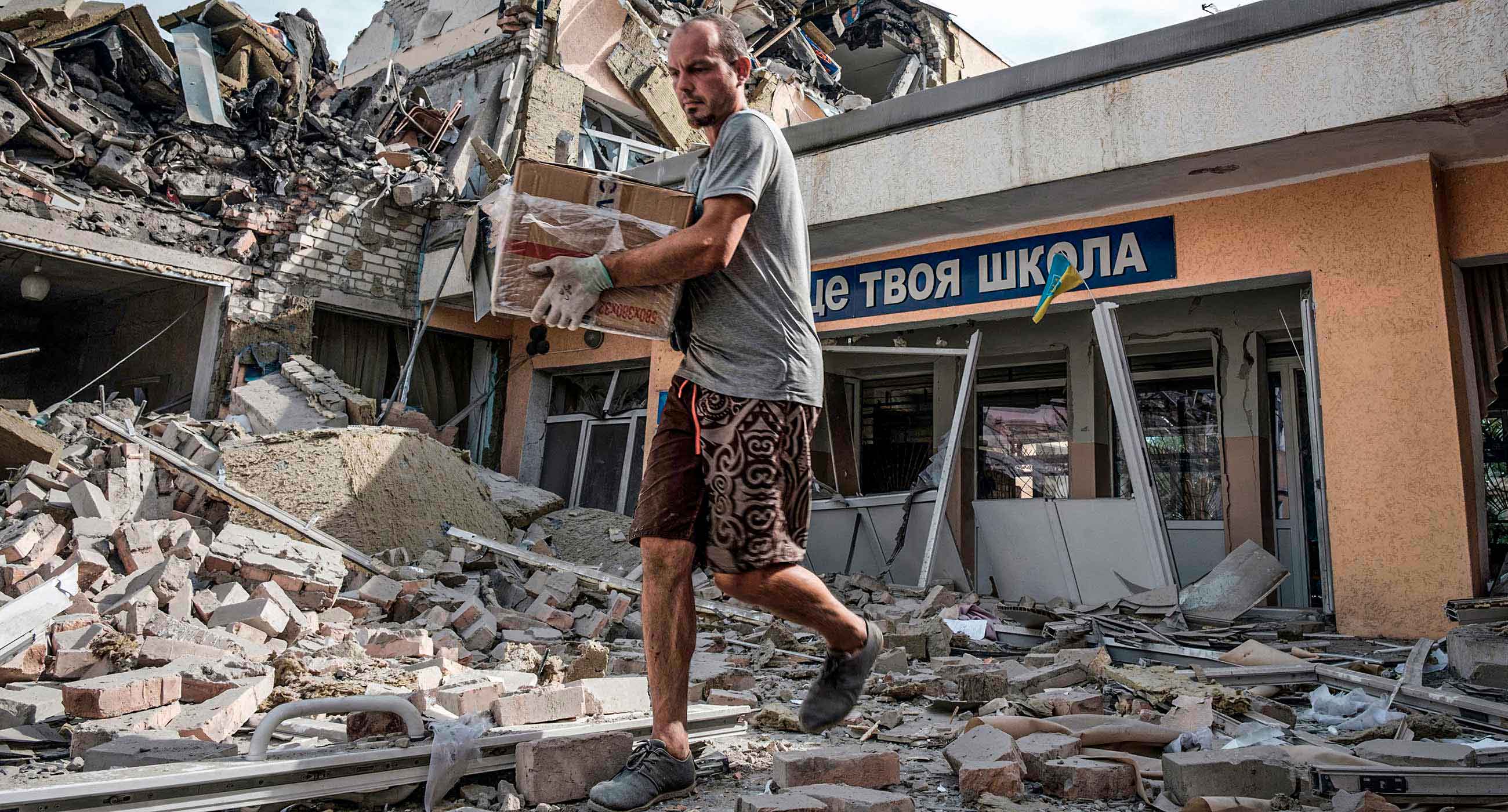 Since the beginning of the full-scale invasion in Ukraine, 111 institutions of general secondary education have been completely destroyed. Another 830 schools were damaged as a result of shelling by the occupiers. More than two million Ukrainian children were forced to leave Ukraine. About 1,300 Ukrainian schools are located in territories occupied by Russian troops. Only 30 percent of Ukrainian schoolchildren will be able to physically attend school this year. Zaborona has collected a selection of photos that show what Ukrainian schools look like on the 190th day of the war and what the day of knowledge was like in 2022.