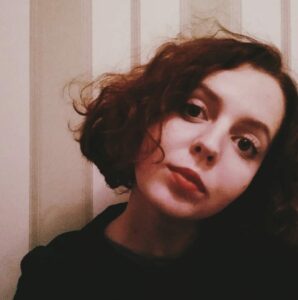 Quarantine during the coronavirus pandemic has hit the most vulnerable. There are many on the streets who have lost their jobs and housing, and the homeless themselves can no longer earn a living as before. Kyiv Mayor Vitaliy Klitschko says the city offers the homeless new ways to earn money and provides them with everything they need. Zaborona journalist Alyona Vyshnytska spoke with volunteers and the director of the Kyiv Department of Social Policy and found out what kind of work the city offers to the homeless and why officials are not satisfied with the volunteers’ activities.

When the quarantine began, Tetiana Vitkovska took her biggest pot out of the cupboard and started cooking porridge. Together with her eight-year-old daughter, she cooked buckwheat with meat and eggs, wheat porridge with gravy, packed the meals in separate containers and took them outside. She cooked up to 25 servings at a time, leaving them in boxes near dumpsters or wherever she had recently seen the homeless. She signed the boxes, making it clear that there was fresh, homemade food for a hungry person.

Five years ago, says Tetiana, the homeless were the last people she would help: “At the time, I thought they had chosen this life for themselves. Such superhumans who can live on the street and who are never cold, ” she recalls. Everything changed when she came across the stories of those people who found themselves on the street. Volunteers said that some had lost their home, their job, others had been set up, or could not socialize after leaving an orphanage. A few winters ago, severe frosts hit — and Tatiana’s idea of ​​the homeless as superhumans who are not afraid of the cold, too, was shaken. When quarantine began, the homeless became more visible. And while most people isolated themselves at home, those who had nowhere to go remained on the streets.

“In the first days of quarantine, there were very few people on the streets, and I saw the homeless looking in dumpsters. I was uncomfortable looking at it — I wanted more respect for human dignity, “says Tetiana. She stopped leaving food near dumpsters and began looking for those in the area who could be given food directly. “I met many people who had spent the night on the street for the first time. These were young men, or men under the age of 40 who usually worked on construction sites for several days and had lost their jobs due to quarantine. They didn’t even have enough money to pay for a hostel, so they found themselves on the street.”

“I was often told, ‘I’ve been on the street for a week now,’ or ‘I’m sleeping on a bench for the first time today.’ These people had come from villages or small towns, received a salary every day or once a week — respectively, and they had no savings”, says Tetiana. “People who find themselves on the street usually don’t have strong social ties. They either don’t have a family or have broken ties with it, so they can’t just call someone when they’re in trouble.”

The street is dragging on, adds Tetiana. The longer a person lives on the street, the more likely all social contacts will be cut off, and there is less chance that the person will return to life as before.

When Tetiana leaves the house, she takes a few pieces of soap with her and takes them to the pump rooms. As public toilets and catering establishments are closed, pump rooms are the only place where the homeless can find water to at least wash their hands.

“Apart from the coronavirus, Kyiv is now threatened by another epidemic — an epidemic of homelessness, hunger and thirst,” explains volunteer Yuriy Lifanse. He has been helping the homeless for over twenty years through the St. Egidius Community volunteer organization. In all his years of volunteering, he has never seen so many people on the street for the first time due to not being able to pay for a bed in a hostel. And many people have lost access to toilets and water — if in the residential areas where there are working pump rooms this problem is not so acute, it is in some areas where people do not have drinking water.

“At the station, for example, there used to be up to a thousand people. After the station closed, everyone who could went from there to other areas. But in particular, elderly people, people with disabilities did not spend the night at the station — they can’t go anywhere, especially since the transport doesn’t work,” Yuriy explains. According to his observations, now there are always up to four hundred people around the station. As the station is closed, all public toilets and bistros around are closed. The only toilet is in the supermarket, but the homeless are not allowed there.

“It’s spring, but we have to remember that it’s warm for us, because we spend the night at home in bed. In fact, 5 degrees celsius at night is very cold. And homeless people are now at the same risk as the elderly. It may happen that the bodies of people near plantings and parks will simply be taken away, ” says Yuriy Lifanse.

Now he and the organization’s volunteers distribute food to the homeless more often than before, but in a different format. Earlier, not only the homeless but also pensioners came for food — with half a hundred people it was agreed that they would stay at home and food would be brought to them. Those who cannot isolate themselves come to the distribution. They stand a few meters from each other, pick up food and leave. If before volunteers stayed to talk to people, now everything happens as quickly and efficiently as possible, so that the homeless do not gather for too long in one place.

150 beds for all the homeless

There is now only one place in Kyiv where the homeless can spend the night — the Social Welfare House near Kyiv Airport. For ten hryvnias you can sleep there and take a shower — but only if you have health certificates and identification documents. It takes at least a month to produce this certificate without a passport, the volunteers explain.

The center is designed for 150 people. In Kyiv, there are tens of thousands of homeless people who have nowhere to spend the night. There are between 5,000 and 20,000 people living on the streets, 5,000 of whom are registered at the Homeless Registration Center. And the number of people who are unregistered is difficult to count.

You can only spend the night in this dormitory, explains Olha Romenska, the founder of the volunteer organization “Help the Homeless”. This is a problem during quarantine, because during the day the homeless have no opportunity to isolate themselves. Olha and her friends also distribute food to the homeless — before, the distribution only took place in Podil, but now they take part of the rations to the center — so that those who spend the night there do not expose themselves to danger and know that they will have something to eat that night.

The project “Help the Homeless” began in 2016. Olha was working as a marketer and hadn’t had contact with people living on the streets. She came across a movie where people went out to treat the homeless for the holidays, and then saw a news story about a man who had come to work and lost his job.

“It turned out that homelessness is not a personal choice, but a problem. I was looking for how Ukraine takes care of the homeless — and I saw that this help is much less than for homeless animals. “ Then Olha gathered friends and they started cooking dinners in their own kitchens. She and her husband cooked forty liters of homemade food. At first they distributed it every two weeks, then once a week. All lunches are packed in separate containers, and guests must treat their hands with disinfectant. Food is partly prepared at home and partly ordered in the hypermarket — the local administration, after learning about their initiative, reduced the cost for volunteers.

The homeless, the volunteer explains, have weakened immunity and often have pre existing conditions. They cannot simply isolate themselves, or change masks every two hours, wash their hands with soap for 20 seconds and spray with antiseptics. Those masks and antiseptics that volunteers provide are not enough. Often, the homeless are forced to look for masks in dumpsters to be able to go to the store.

At a press briefing on April 6, Kyiv Mayor Vitaliy Klitschko said that the homeless could be carriers of the coronavirus because “it is difficult for them to follow basic hygiene.” According to Klitschko, the city constantly offers work to such people — it can be a start to return to normal life. “A whole system has been set up in the city, which allows homeless people to establish their personal lives and benefit society,” said Ruslan Svitliy, director of the Kyiv Department of Social Policy. “But it is better for many to do nothing and live on the streets.”

Ruslan Svitliy claims that the city conducts a full cycle of socialization for the homeless: it helps to restore documents, provides temporary shelter, to take courses, get a job and re-enter society. Under quarantine conditions at two points (near the stations), the so-called social patrol distributes food to the homeless — about 300 portions a day. The main goal, says the official, is to show the homeless that it is necessary to benefit from and live in society. Another center for homeless people works towards so-called “socialization”, but it is not even located in Kyiv, but 60 kilometers from it. “There is a pine forest, a recreational area, the shore of the Kyiv Sea, three meals a day — in essence, a comfortable sanatorium,” says Ruslan Svitly. But volunteer Yuriy Lifanse denies that the center was set up primarily for people with disabilities or the elderly who cannot take care of themselves. And there can be no question of socialization 60 kilometers from Kyiv.

Yuriy Lifanse confirms that there are indeed programs for the homeless in the city. In particular, there is an opportunity to get a profession in the employment center. But during quarantine, when everything is closed, they are not open — just like universities and schools. The homeless cannot study online. “What kind of socialization and life in society is involved in quarantine? It can only be a question of social distance at two meters, ” says Yuriy. According to Ruslan Svitly, homeless women are not as poor and unhappy as they say: “They should feel the need. We need them not to get used to comfort. “

Under conditions of quarantine, Ruslan Svitliy explains, public organizations “feed” the homeless: “I even quarrel with them about it. These organizations feed them, clothe them, give them shelter. I say — why? There will be more of them. We need organizations not to corrupt the homeless. Let them go to work. “

When asked where the homeless can find work in quarantine, Ruslan Svitly adds: “Nowhere.” At the same time, he warns that volunteers may be held responsible for feeding the homeless. After all, under quarantine, the government forbade visiting parks and forming crowds. Yuriy Lifanse says that there have been no such incidents thus far. But the very danger of a fine frightens people, and so those who would like to help do not.

“When you meet a homeless person on the way to the supermarket, buy him food, ask him what he needs, grab a bottle of water,” says Yuriy Lifanse. “And the main rule,” he adds, “is to tell the person when he can wait for you tomorrow: so he has hope that it will last at least some more time, and he will not have to wander around the city in search of food for at least half a day.”