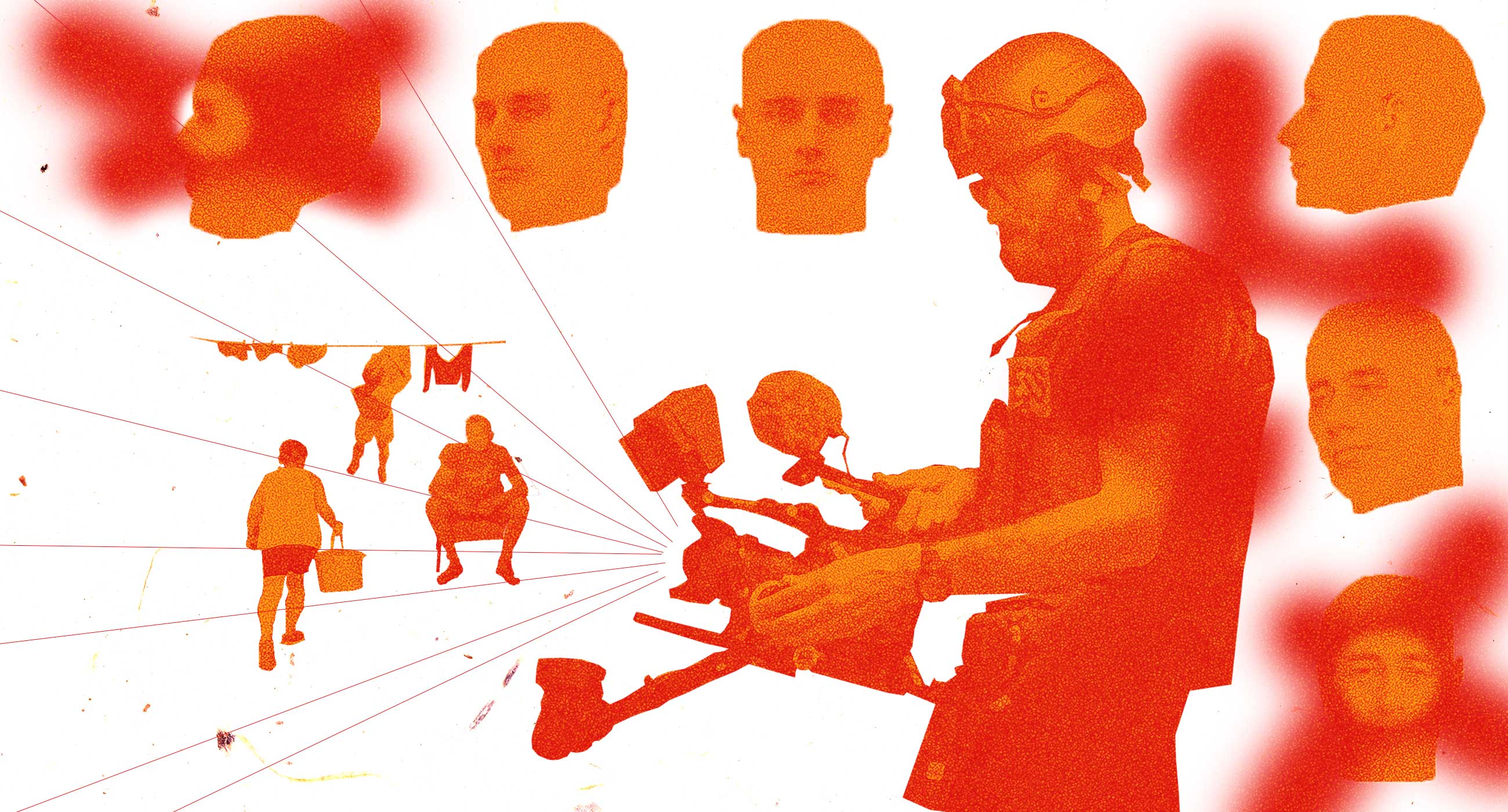 A hunt for collaborators correcting misaligned enemy missile shots was recently announced in Mykolaiv, the southern city that suffers the most from Russian attacks. People film on their phones those who are filming something else, suspecting each other of espionage, and threaten going to the police, not always having a reason for this, Zaborona’s editor-in-chief Kateryna Sergatskova personally saw this during a business trip to the Mykolaiv region. Read in her column about how the locals live in a state of constant paranoia and whether such anti-espionage raids make sense.

In the south of Ukraine, darkness falls earlier than the curfew starts: the lights here are not turned on “for safety reasons.” At night in Mykolaiv it is dark but not quiet: the cannonade begins two or three hours after midnight. First, rockets and projectiles arrive from the territory occupied by Russia, and then you can hear and sometimes clearly see how the Armed Forces of Ukraine respond to them. Every morning begins with extinguishing fires and clearing debris where the Russian rockets fell. Every morning brings news of new victims. Local authorities are convinced that the shooters are among residents.

In mid-July, the head of the Mykolayiv military-civilian administration, Vitaly Kim, announced a large-scale operation to capture collaborators. He promised to give one hundred dollars to anyone who could provide information about the gunners in a special chat. It was made to oppose the Russian request to transfer the coordinates of Ukrainian military facilities to the Russian Telegram groups [a popular network in Russian and Ukraine]. “Look for them, guys,” said Kim and later added that shortly Mykolaiv may be closed for entry and exit to “neutralize collaborators and traitors.” This proposal caused a lot of criticism because the search for traitors by the “active citizens” instead of special services could easily lead to a witch hunt and encourage those who have long wanted to get even with their enemies.

The Zaborona film crew and I ended up in Mykolaiv shortly after this announcement — and unexpectedly became witnesses of spymania.

Since the beginning of Russia’s full-scale invasion of Ukraine, the Security Service regularly reports on the arrests of collaborators and “gunners” in various cities of the country. Most often, these arrests are in Kyiv, Kharkiv, and Donbas, and most reports are about ordinary citizens who want Russia to win (or help it for a reward). Apparently, there are quite a lot of such people, and they, however reluctantly, admit their guilt (for example, this can be seen in the report of Vice News).

The operation to capture the spies announced by Vitaly Kim has activated the residents of Mykolaiv, who are already strained from constant attacks. We experienced it too: literally, every second passer-by demanded the film crew to stop filming after noticing it. Though, after understanding that we were journalists doing our job, they got away from us: some remained silent, and some threatened to call the police (but did not).

“If you shoot the treason [that’s how the Ukrainians used to call an espionage, editor’s note], here we have an order from Kim, then I will immediately call the commandant’s office, and they will get you,” the guard of the hospital, which was damaged a few weeks ago, told us. Another time, the old woman saw us working near a hotel that had been destroyed by a rocket and began to take pictures of our videographer’s face on her phone. Where these pictures ended up, no one knows.

And once a police patrol car tried to neutralize us. While filming the university destroyed by Russian artillery, the car stopped across the road, and a policeman got out and shouted: “Stand still! Stay near the curb!” The policeman cautiously crossed the road holding his gun and demanded to show our documents. But he was not satisfied that everything was fine with the accreditations, and he continued to talk to us in raised tones: “You are filming here today, and then something will land on my house.” After that, however, he added that this was only his opinion. His partner apologized.

Journalists are often targeted in wartimes, not only by enemies but also by those unaware of the role of the press. Media workers don’t have access to places attacked by Russia and to hospitals where the wounded lie. And they are often not allowed to show the world evidence of crimes committed by Russia, and sometimes they are threatened to “be taken to the police.”

The obvious reason is the low trust in the press in the country, which for a long time was dominated by low-quality media financed by oligarchs, mixed with openly propagandistic and pro-Russian media. It’s not getting easier by the fact that untrained freelance journalists who do not know the basic rules of work in a war zone or propagandists disguising themselves as the press (we wrote about one infamous pro-Russian American propagandist here).

However, someone should tell the world how Russia is destroying Ukrainian cities. So that the international community does not forget about the invasion and continues helping Ukraine despite the incredible efforts of the Russian dictatorship to convince the world and Ukrainian citizens, who are ready to become “gunners” for a few thousands of rubles, that Ukraine is “to blame.” For Ukrainian journalists, this is also a big challenge because for documenting Russian crimes, you need to be responsible for the details and think in advance about whether they will harm citizens and where the line between socially important information and security is. Such questions have been raised before, but a full-scale invasion has set a new level.

After the meeting with the police near the university, a resident named Ihor approached us. He looked devastated: a few days ago, a Russian rocket flew into his yard. The blast wave broke windows, bent doors, and smashed walls throughout the house. Ihor took us to his apartment. The pieces of wall and plaster were scattered on the floor, and in the dark living room, the TV was on, with the channel “Single News Marathon,” which broadcasts Olena Zelenska’s speech in the US Senate. On the coffee table were empty packages from hot lunches distributed for free by the city’s World Central Kitchen volunteers.

“Tell me, how should I continue to live?” Ihor asks. “There is no apartment, and there are almost no neighbors left. There is no more work, and there is no money. At least film it and show everyone, so they know what Russia is doing to us.”

Probably every other person in Mykolaiv was in a similar situation. As a result of the war, approximately 80% of the residents are without work or money. They were forced to obtain food, water, and hygiene products from humanitarian headquarters and volunteer centers. As a result of the shelling, many people lost their homes and relatives, and now they have nowhere to go.

Perhaps one of the neighbors was the gunner who gave the Russians the coordinates of the house where Ihor lives. But we don’t know that.

Has Vitaly Kim succeeded with his operation to capture spies? In his Telegram channel, the head of the Mykolaiv regional administration reported, that during the long curfew, law enforcement agencies registered 20 proceedings and “caught five wanted persons, found equipment that registered fake accounts, and dealt with one group that now we won’t be disturbed.”

“As you can see, no one shot anyone,” he summarized. Whether the real spies were caught with the help of residents and whether any of them received the promised hundred dollars, Kim never reported.