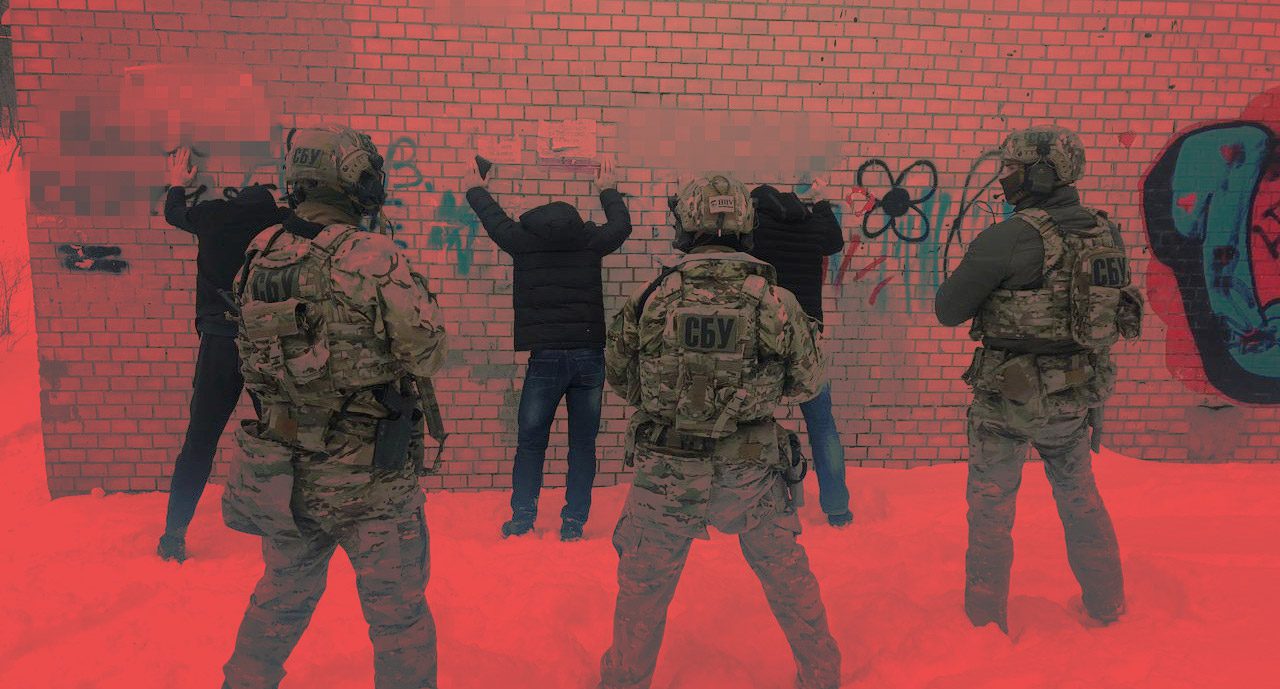 Ukraine has become a convenient country for jihadists from all over the post-Soviet space. According to various sources, anywhere from fifty to several hundred militants are hiding the a country known as the “Gates of Europe”. For some of them, the goal is to quietly wait until ISIS is forgotten and go back to jihad. For others, the challenge is to cross over to Europe. The lack of effective reforms and the incredibly high level of corruption in Ukraine makes all this possible, allowing the authorities to turn a blind eye to the problem.

10 years ago, a civil war broke out in Syria, during which most of its territory was captured by various rebel groups, including those designated as ‘terrorist’ by Western governments. Only two years ago, U.S. authorities claimed the complete defeat of the Islamic State, considered one of the most brutal terrorist groups, which had killed thousands of people and forced more than 6 million in Syria and Iraq to flee their homes. However, the end to this story has not yet come. Thousands of family members of ISIS fighters are in refugee camps and prisons in Syria and Iraq, some are serving their sentences in their home countries, and hundreds of militants are hiding from justice around the world.

Recently, the Security Service of Ukraine stated that they had uncovered a sleeper cell of the Islamic State militants hiding in Kyiv, accusing them of conducting underground activities. The special services said that the leader of this cell was a citizen of one of the Eastern European countries (it is known from private sources that he was from Dagestan, Russia) and had participated in the Syrian war. In 2019, he arrived in Ukraine with fake documents and gathered a group of like-minded foreigners, with the goal of  returning to Syria to participate in a new war on the side of the Islamic State. That cell was not the first time that Ukrainian special services have detained ISIS fighters. For example, at the end of 2019, Caesar Tokhosashvili, a Georgian citizen, was arrested in Kyiv. He was one of the deputies of ISIS’ so-called “Minister of War”, Umar Shishani, and a comrade of the leader of the ISIS secret police (“Amnia”) – a Chechen native, Akhmed Chatayev. Tokhosashvili faked his death in late 2017, fleeing first to Turkey before settling into a small town near Kyiv. He’d integrated enough to even set up a small business at the local market.

Interestingly, the operation to arrest him was carried out not only by the SBU, but had the support of the CIA and the Georgian special services. Cooperation with foreign security services is not an uncommon occurrence when it comes to cases such as these. For instance, in July 2020, members of the private military company ‘Wagner’, which participated in the wars in Syria and the Donbas on the Russian side, were to be detained in Kyiv. This operation involved not the Ukrainian special services, but also the CIA, and the intelligence agencies of the United Kingdom and Turkey. In another example, an FBI employee apparently helped to investigate the criminal case against U.S. neo-Nazi Craig Lang, who is now under arrest in Kyiv.

In 2020, another Islamic State militant was detained in Kyiv. According to  information published by the SBU, he was Akhmed Chatayev’s deputy. U.S.  special services reported earlier that Chatayev was behind a terrorist attack at the Ataturk airport in Istanbul in June 2016 which killed over 40 people, with more than 100 injured. He also planned to conduct terrorist attacks in Georgia, where he’d made his way to from Turkey in 2017, though he  was killed during a special operation.

Both Ukraine and Georgia have a lot to tell about the top commanders of the Islamic State. Umar Shishani, Sayfullah Shishani, Salahaddin Shishani and Muslim Shishani all come from the Pankisi Gorge in Georgia. All of them left for Syria in 2012 to fight on the opposition against the rule of Bashar al-Assad and led large military units. They called on citizens of the former Soviet Union countries to fight with them, and thousands of Russian-speaking jihadists followed their call to Syria. Most of them eventually joined the Islamic State under the command of “Minister of War” Umar Shishani. But who made the path of this fighting force possible?

The special services of these countries knew where and why their citizens were going. For example, a former high-ranking employee of the Georgian special services, Giorgi Lordkipanidze, said that Akhmed Chatayev was an informant for the Georgian intelligence. He participated in negotiations with the radical Chechen underground during a hostage situation in the Georgian mountains  in 2012, and after he was arrested due to the conflict, Chatayev fled to Syria and joined Umar Shishani there.

Umar Shishani himself served in the Georgian army and dreamed of working in the Georgian police, but due to tuberculosis, he could not get a job there. However, according to information from sources in the Georgian special services, just like Chatayev, Shishani was recruited and informer for the Georgian security officials who were selling weapons and drugs in the region. The authorities could not help but know that he was going to Syria for jihad.

For many years, I have been researching the connections of militants from post-Soviet countries with groups that fought in Syria and Iraq, and have interviewed in detail several Russian-speaking members of the Islamic State. They said it was always difficult to leave the North Caucasus, bypassing the local special services control. However, in 2013, when they decided to fight in Syria, the trip was not so difficult: no one checked them at Russian airports, no one asked about the purpose of the trip, despite these sorts of checks being common..

Some even reported that the authorities pressed them for their sympathy for the North Caucasus anti-Russian underground. At the height of the civil war in Syria, the special services themselves hinted that it was better for them to leave and that they would not interfere. The authors of the “Jihad for Export” report released by the Crisis Group in 2016 noted that the level of violence in the North Caucasus, where an armed conflict lasted for two decades, has sharply decreased since 2013.

“This is partly because most of the radicals from the region joined the armed groups in Iraq and Syria,” the researchers wrote, pointing out that by June 2015, most of the North Caucasus underground groups had sworn allegiance to ISIS and received the status of a “province” – “Vilayat Caucasus. ” Additionally, researchers state that a few months before the Winter Olympics in Sochi, Russian security forces opened the borders for local radicals to enable them to travel outside the North Caucasus and avoid the threat of terrorist attacks (although they could not be avoided – by the end of 2013, jihadists had committed two terrorist attacks in Volgograd, a city adjacent to the Krasnodar region).

What to Do Now

The arrest of Umar Shishani’s deputy, Caesar Tokhosashvili, in Kyiv caused practically no reaction in Ukrainian society. His trial took place behind closed doors, without press, and he was deported to Georgia shortly after his arrest. Now he is in a temporary isolation ward, but his case is shrouded in secrecy – government authorities don’t disclose his status and his trials are held secretly, without any media presence or publicity.. Neither the security services nor the officials in Ukraine and Georgia have explained how a top commander of the Islamic State got to Ukraine, and under which citizenship he lived and managed his business. His wife and children still live near Kyiv, and refuse to talk to the media.

The security services also fail to explain how other commanders of the Islamic State got to Ukraine, how they’ve lived there freely for years while planning new acts of intimidation and seizure of territories. In response to press inquiries, the SBU says only that this information is “confidential.” This drought of information extends as far as refusing to identify just how dangerous these Islamic State militants hiding in Ukraine really are. On the one hand, experts point out that Ukraine, for them, is a territory where they can hide and plan their secret operations, for example, moving back to Syria or terrorist attacks in countries in their area of interest (Russia, Georgia, France, Germany), and that they aren’t interested in creating local noise. On the other hand, they form sleeper cells that pose a threat at the international level.

According to various sources, Ukraine is currently playing unwilling host to anywhere  from 50 to several hundred militants who fought for the Islamic State – these are active members of the terrorist organization. However, it doesn’t seem that the secret services have a strategy on how to deal with them. It’s simply not a priority for the agency. This is due, first of all, to the fact that the SBU – the only special service in the country specializing in investigating terrorism – has long been in need of reform. The Maidan of 2014 and the ensuing war in Donbass were not enough to spur reforms in the powerful and entrenched agency, and there was no systematic cleansing of the secret service from corrupt officials and foreign spies. In 2019, the new head of the SBU submitted a bill to the president on reforming the SBU, but this bill has not been considered for almost two years.

Nevertheless, now that the Islamic State has been defeated, mostly fragmenting into numerous  micro groups, it is the right time to find out where, how, and why the members of the most brutal terrorist organization of our time are hiding – and how to prevent a comeback of mistakes made by authorities and special services a decade ago.