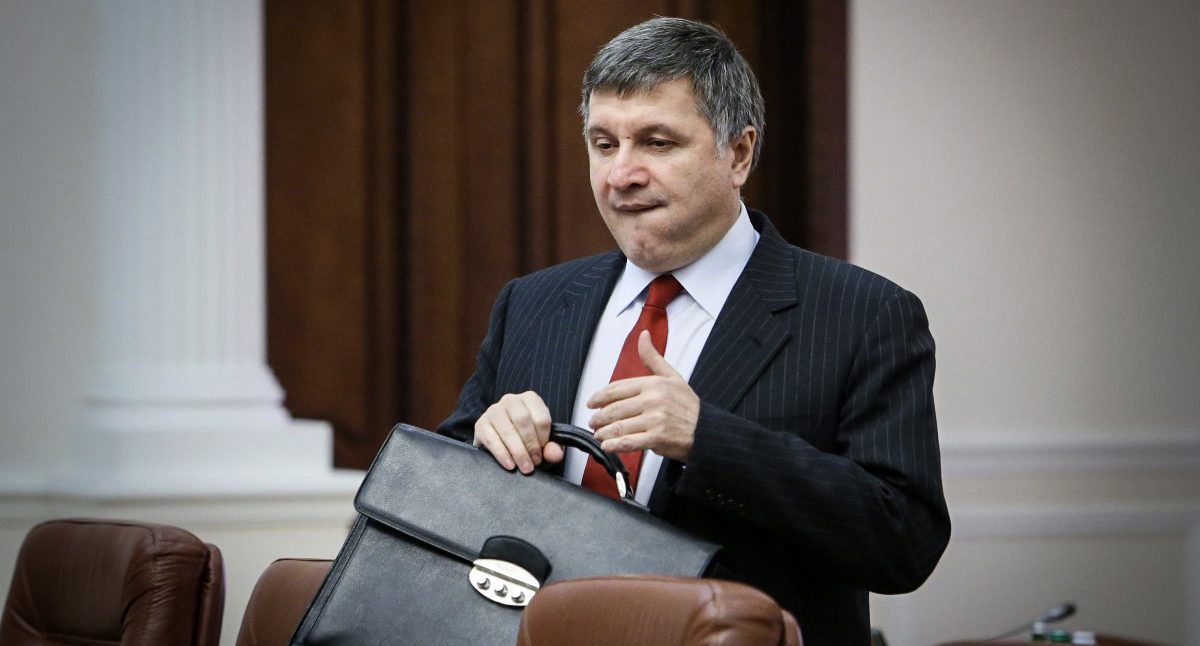 Yesterday, Ukraine’s parliament voted to accept the resignation of the long-serving Minister of Internal Affairs, Arsen Avakov, who had submitted the resignation a few days prior. The length of his term as Minister has set an absolute record. Starting in the winter of 2014, Avakov has occupied the post without interruption, that is, a duration of nearly seven years. Zaborona discusses the political path of Arsen Avakov.

In the long-past year of 2005, then-president of Ukraine, Viktor Yushchenko, wrote a decree appointing a politically little-known businessman and banker, Arsen Avakov, to the post of head of the Kharkiv Regional Administration. The future minister achieved this honor due to his support of Yushchenko during the presidential elections and during the Orange Revolution of 2004. That was the start of the political career of one of the most controversial politicians of modern Ukraine.

Once appointed by Yushchenko, Avakov managed to hold on to that post for Yushchenko’s entire presidency. But their relationship didn’t remain as solid. During the 2010 elections, when Yushchenko permanently lost the support of the electorate (and Yulia Tymoshenko and Viktor Yanukovych came onto the stage), Avakov decided to support not his once-political patron, but the leader of the Batkivshchyna party – Tymoshenko. As the media reported at the time, this caused a rift between Yushchenko and Avakov. Yushchenko had wanted to fire the head of the Kharkiv Regional Administration, according to reports, while the latter assumed the firing was a ploy against Yanukovych.

Beginning in 2010, Arsen Avakov repainted himself in red and white, the colors of Batkivshchyna, and became a full-fledged member of that party. That same year, he ran for mayor of Kharkiv as the only opposition politician. Avakov’s main opponent during that election was the late Gennadiy Kernes, who beat Avakov on the slimmest of margins – 30.09% to Avakov’s 29.49%. Kernes, a member of Yanukovych’s Party of Regions, became mayor amid allegations of electoral fraud, and held that post until his death last year.

In 2012, opposition-minded Ukrainians began to face heavy scrutiny from the ruling powers. Arsen Avakov was not an exception. He was charged with the misappropriation of 55 hectares of land during his tenure as Kharkiv Regional Administration head, and, fearful of ending up behind bars, Avakov fled to Italy, where he owns an estate. But the long arm of the Ukrainian law managed to reach him even there. An Interpol request filed by Ukrainian authorities saw Avakov held and threatened with extradition, though the extradition failed to go through. The Italians, seemingly, were unconvinced by Ukraine’s evidence – and release Avakov. Some time later that year, Avakov was elected as an MP on the Batkivshchyna list, was granted parliamentary immunity, and returned to Ukraine.

During the Revolution of Dignity, Avakov became an active participant of the Euromaidan protests. After Yanukovych had fled Ukraine, Avakov was appointed as the acting Minister of Internal Affairs. The Kharkiv politician had no experience in working in law enforcement. At the time, his appointment seemed temporary, and once that country had stabilized, someone else would be named Minister. However, as people say, nothing is more permanent than something temporary. Avakov’s story went the same way, and he managed to beat the records of all of his predecessors in time served as Minister.

One of the biggest reforms in all of Ukraine began with the presidency of Petro Poroshenko – the reformation of the Soviet-era ‘militsiya’ into a modern police force.

In 2015, Avakov and a Georgian reform team that included former officials Khatia Dekanoidze and Eka Zguladze created a new patrol police division. That was expected to be the first step in a complete overhaul of law enforcement in Ukraine. Even with all their flaws, when comparing the patrol police to their predecessors, they do indeed function better. But all the rest of the reforms simply failed.

One of the most striking negative examples of the reform of law enforcement organizations was the ‘recertification’ of employees. Because Ukrainian law enforcement was widely seen as corrupt, re-certifying existing officers and staff became the main method of sorting the good apples from the bad. Yet from the moment recertification began, the majority of experts and activists called the process tainted, and pointed out examples of people who clearly should not be in law enforcement returning to their posts in the supposedly ‘reformed’ bodies. These public warnings, however, did little to sway the Ministry’s leadership, and ‘reformed’ organizations eventually saw the return of a majority of their old staff. As a result, all the future scandals and tragedies involving the police were attributed to this failed reform.

One of the first high-profile scandals involving the police occured in 2015 in Kyiv region, in the village of Kniazhychi. There, five people died as a result of friendly fire between police and officers from the State Security Police, supposedly due to miscommunication.

Another very public scandal occurred in 2020, at the police department in the town of Kaharlyk in Kyiv region. Late evening on May 23, two police officers raped and beat a woman who had been at the department to provide witness testimony. While the officers were charged and convicted for their acts, there was and is still a public outcry against the Interior Ministry’s leadership, as the officers who had committed those crimes against that woman were officers who had passed the flawed recertification process.

There have been cases that have directly involved Avakov as well. The so-called ‘Avakov’s backpacks’ case was widely discussed by the public. In short, the Interior Ministry and the National Guard was accused by both prosecutors and the National Anti-Corruption Bureau (NABU) of building backpacks made by a company owned by Avakov’s son, Oleksandr. NABU additionally claimed that the quality of the backpacks didn’t even match the tender the Ministry had put out. A video was even leaked, supposedly from the officer of the then-deputy minister Serhiy Chebotar, where it seems like Chebotar and Avakov’s son discuss and come to an agreement on the purchase of the backpacks. However, despite all that evidence, the head of the Specialized Anti-Corruption Prosecution at the time, Nazar Kholodnytskiy, declared on June 12, 2018 that the matter was closed.

Investigation into the murder of Pavlo Sheremet

On July 13th, an MP from the ruling Servant of the People party, Irina Vereshchuk, stated that president Volodymyr Zelenskyy had asked Avakov to resign. According to Vereshchuk, one of the president’s key complaints against Avakov was the still open case regarding the murder of journalist Pavlo Sheremet.

“I only know that the president had questions about the Sheremet case. You remember that he openly stated that if there is no evidence [against the suspects] then we will make a decision. It’s possible that this was the last straw,” Vereshchuk commented.

The murder of this well-known journalist occured in 2016. During Poroshenko’s presidency, however, investigators made no significant breakthroughs. At the same time, there was a lot of information floating around that people connected to the former government may have been involved in Sheremet’s murder – as we reported in our own investigations. That’s why there was a sense that the case could finally move forward, once Zelenskyy had taken over Bankova from Poroshenko. Even though Avakov had remained in his post during the change in administration, there were rumours that solving the Sheremet case was one of the conditions for Avakov’s continued leadership. If that didn’t happen – Avakov could be facing a sacking.

In December 2019, the Interior Ministry held a massive press conference where they immediately named several suspects in the journalist’s murder. And if anyone though that law enforcement had finally managed to move towards a resolution of Sheremet’s murder, the suspect’s defense quickly shattered the police version of events. For example, the suspects, one after another, began to have their pre-detention measures lessened from imprisonment to house arrest.

The last suspect to be remanded into house arrest was musician and military volunteer Andriy Antonenko. It’s possible that this was what gave the president the understanding that the police had no evidence of these people committing that crime, and that the press briefing (where Zelenskyy was personally present) was simply a farce played to maintain Avakov’s position.

One way or another, it seems like it was the failure to resolve the Sheremet case that became the final nail in the coffin of Avakov’s term as Interior Minister.