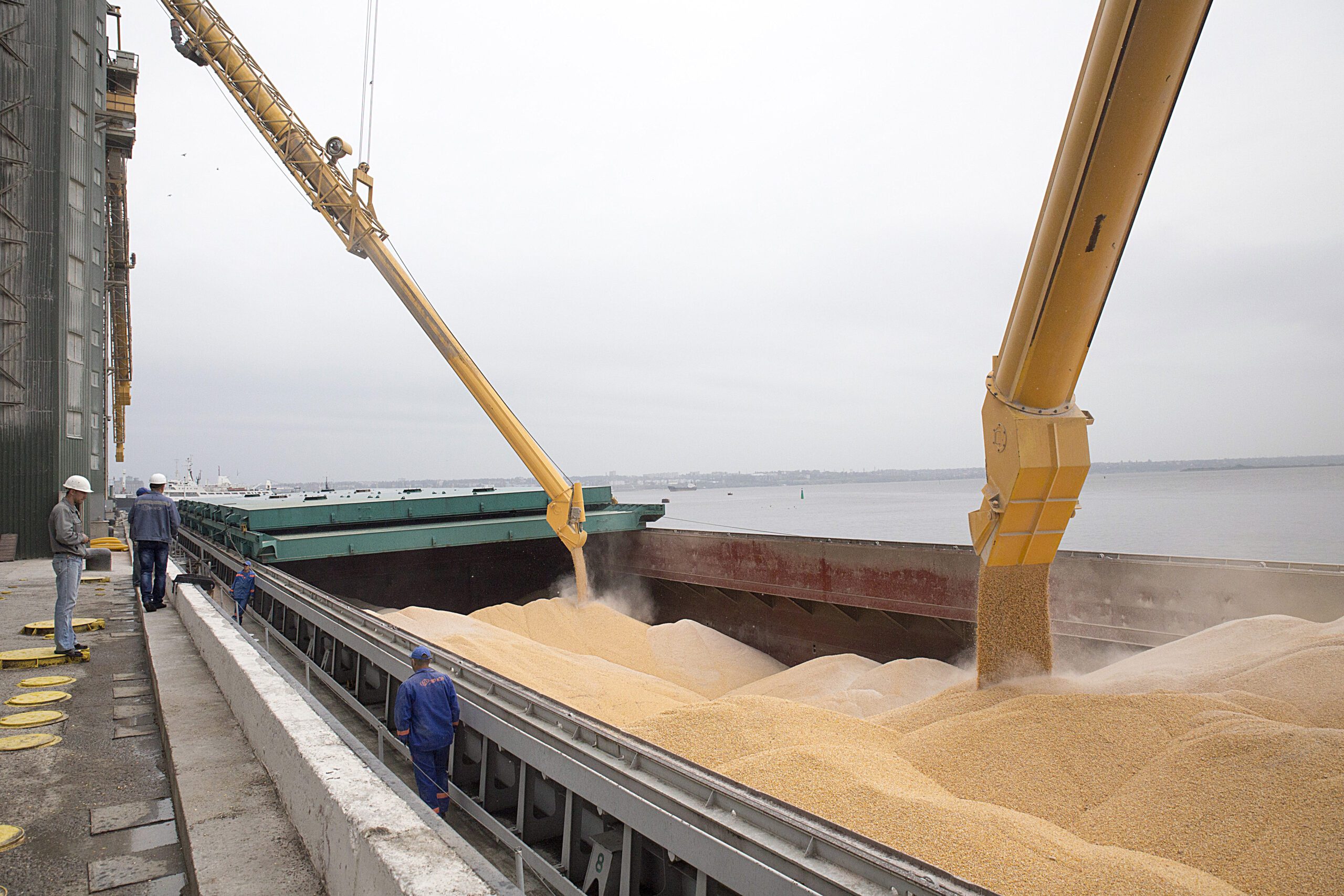 Ships of the Russian Black Sea Fleet will lift the blockade of Ukrainian ports and allow the export of grain, but in exchange for unrealistic concessions. The Kremlin wants to bargain for lifting some Western sanctions, including on Russian exports and financial transactions.

Blocking Grain Exports From Ukraine: A Statement From the Russian Foreign Ministry

Moscow is ready for a dialogue on the unblocking of ships with Ukrainian grain, but under certain conditions, said on May 25, 2022, Russian Deputy Foreign Minister Andrei Rudenko.

«Solving the food problem requires a comprehensive approach, including the lifting of sanctions imposed on Russian exports and financial transactions. It also requires demining on the part of Ukraine of all ports where ships are stationed. Russia is ready to provide the necessary humanitarian passage», — the Russian official said.

The Black Sea ports of Ukraine have been under blockade of the ships of the Black Sea Fleet of the Russian Federation since the first day of the Russian full-scale invasion, from February 24, 2022. According to Reuters, during this time in the Black Sea silos have accumulated more than 20 million tons of grain, which were to be delivered, including to poor countries in which there is a food crisis.

In mid-March, it became known that the sea lanes for commercial vessels from the Bosporus to Odessa were mined by Russia. And to discredit Ukraine to its partners, Kremlin propaganda said that it was Ukrainian mines.

On May 24, Estonian President Alar Karis told Bloomberg that there was growing support in Europe for a naval operation to unblock Ukrainian grain. Earlier, details of the plan were announced by Lithuanian Foreign Minister Gabrielius Landsbergis.

Ukraine’s European partners are considering sending warships, including minesweepers, to the Black Sea to escort Ukrainian cargo. Countries affected by the loss of grain, including Egypt, may also take part in the operation.

According to President Karis, not all partners consider this a good idea, as they fear an escalation of the war in the Black Sea region, but the plan may work. «The United Kingdom and some other [countries] are likely to join us because we will be hit by a humanitarian crisis if grain is not delivered from the country… It doesn’t have to be a NATO operation, but let’s say it can involve Allied countries», — the Estonian leader added.

Karis also stressed that countries that depend on Ukrainian grain imports have a high probability of starvation. Therefore, the priority of the operation is to ensure the supply of purveyance to Africa and other developing countries.

Earlier, Zaborona spoke about план a plan to save from the global food crisis and prevent hunger, which threatens 20% of the world’s population, proposed by UN Secretary General Antonio Gutterish.