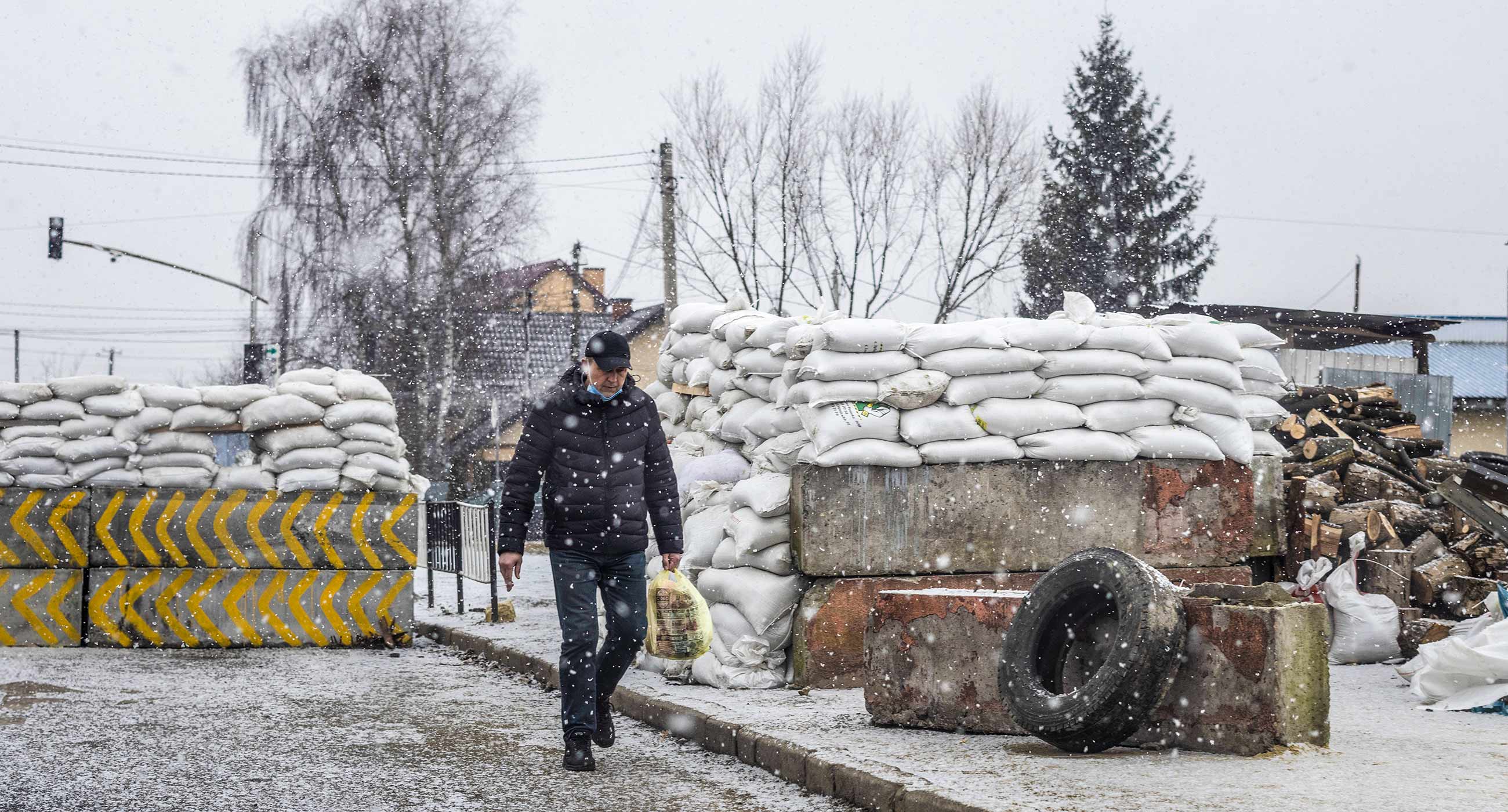 A man walks through a checkpoint in heavy snow on March 07, 2022 in Lviv, Ukraine. Ukrainians from the eastern and central parts of the country have increasingly fled to western cities, that have so far been considered safer, as Russian forces advance toward Kyiv from three sides. Photo: Dan Kitwood / Getty Images

At the beginning of the war, peaceful life in Ukraine was transferred to Lviv, a city to which, everyone was certain, the war would certainly not arrive. Even in the most pessimistic maps published by British and German tabloids delineating Russia’s incursions, the arrows describing attack routes never reached Lviv. But after the bombardment of the airport and twelve days of ceaseless air attacks, the covered stained-glass windows of various churches, wrapped up statues on the Market Square, courses at the Lviv movie center on how to use AK-47s and buildings in the city center surrounded by sandbags – after all that, military operations in Lviv’s very center no longer seem to be an impossible thought. Zaborona reveals what the city looks like after two weeks of martial law.