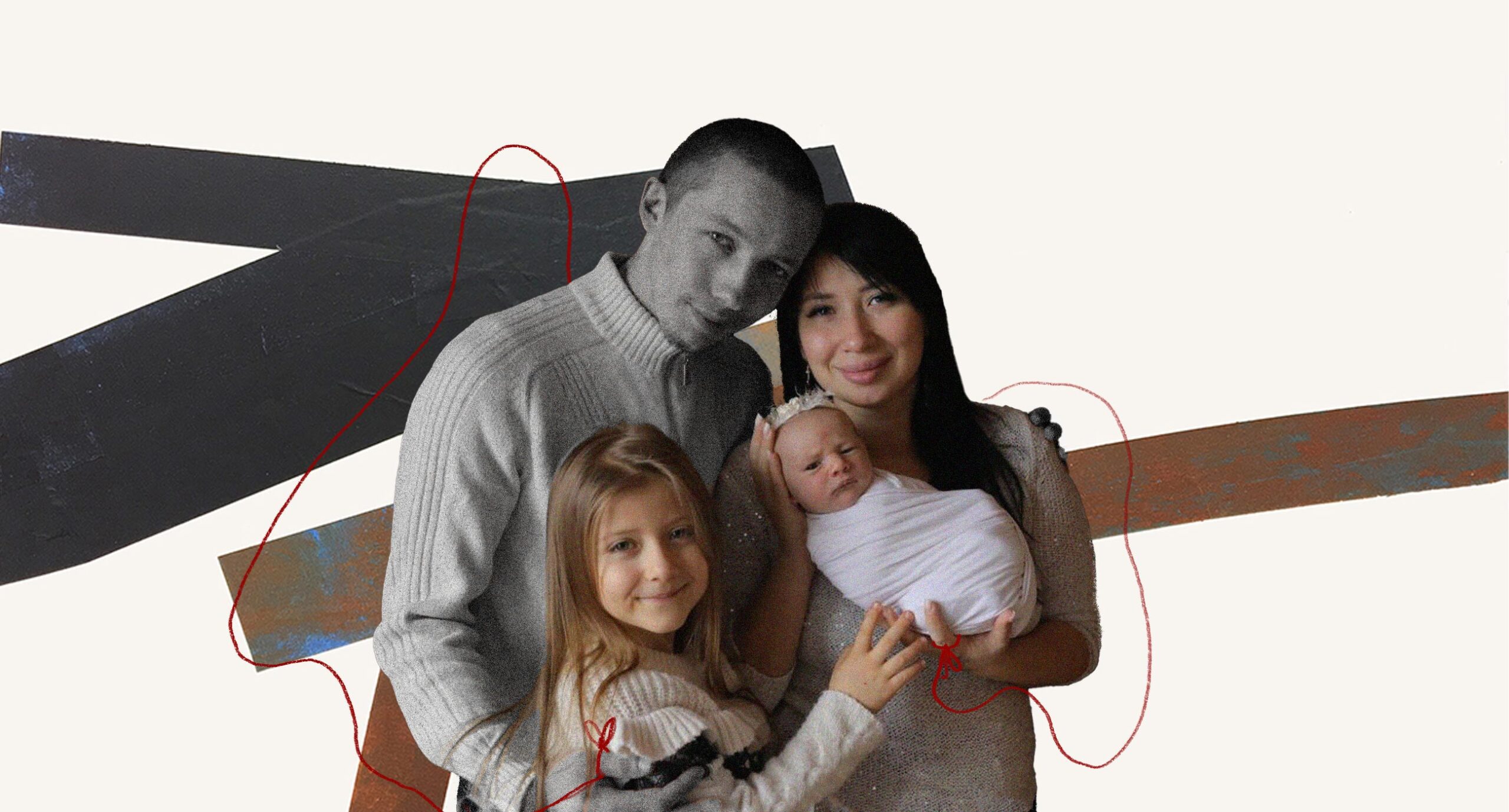 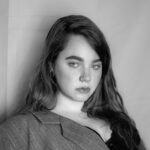 Mariupol has been under siege for more than two months. During this time, both military and civilian people died there every day. Zaborona journalist Polina Vernyhor found those who lost relatives or friends there. Now we publish the first article in the series – the story of Natalia Formanyuk about her husband and father of her children, 32-year-old sailor Pavlo Formaniuk, who died in Mariupol.

Pavlo was very kind. I don’t know people who would say anything bad about him. He was quite stubborn, and purposeful. He worked as a sailor. At the age of 28, he got a good job as a second mechanic. He had a good reputation in his company. He always helped people, even if they didn’t ask for it openly.

Pavlo loved billiards, and at home, he even had his own personal cue, which was made especially for him. We dreamed of buying a house with a two-story garage in order to put a billiard table and a bar on the second floor.

We met in 2003. He was crossing the road on crutches because he had a broken leg. I looked at him and I felt sorry for him. And in a few days, mutual acquaintances brought him to our company. We were 13 years old, we became friends. Over time, the friendship grew into love, and with each day of our communication, I realized that this is my man. At the age of 17 we started living together At 18, he completed courses as a sailor-minder and went on his first voyage on the Mariupol icebreaker Kapitan Belousov. Subsequently, he even wrote a song about this icebreaker.

The team considered him a full-fledged member of the crew from the very beginning when he was just practicing. He was friends with some of them until his last days. They went to play billiards and to a Russian sauna together.

Later we quarreled and we parted. It was very difficult to break up the relationship. I dreamed of being with him and even entered the same university as Pavlo to see him more often.

Years passed, and he stubbornly refused to meet again. Then in 2011 I moved to Sevastopol, got married, and had a daughter. But we continued to communicate on social networks. I remember being very afraid to tell him that I was married. Everything in his life developed rapidly: he climbed the career ladder and started working for one of the largest shipping companies, but in his personal life something did not work out. However, the situation in my life was similar: I didn’t love my husband and hoped to build a marriage of respect and understanding, but this was not enough.

In 2018, I came to Mariupol on business and we met again. There was a lot of emotion and nostalgia. Later I left my husband and returned to Mariupol – now forever. From that moment on, we were the happiest people in the world. We couldn’t stop admiring each other. Eventually, we decided to live together and so moved to the Primorsky District near the Illichivets Sports Complex. Pavlo considered my daughter Masha his own and even wanted to officially adopt her. We soon decided that we needed one more child.

On December 10, ten days before the birth of my daughter, we officially registered our marriage. Pavlo really wanted a lavish wedding, but then we decided just to register it and celebrate in the summer when he will return from the voyage. We dreamed, planned, and even made a guest list.

The war will (not) end soon

The war has been talked about in the news for a long time. But we somehow did not believe until the last minute that in the 21st-century people will not be able to agree at the diplomatic level and will start to kill. Pavlo had a premonition; he tried to send me to a safe place until everything calmed down. I refused. I said that if we leave, then only together.

On February 24 I woke up early in the morning to a terrible roar. I immediately understood what kind of sounds it was, because I had already heard something similar in January 2015. It became scary. I woke up Pavlo and told him to leave. He replied that the explosions were far away and there was no point in panicking. It seemed to him that everything would soon be over. He said: “Remember 2014. They will go along the edges and everything will pass.”

Every morning at the same time we heard explosions as if on schedule. We woke up, woke up the children, and walked into the corridor, where it seemed to be safer. The first day Pavlo went with us, and then he got tired of it and just slipped out of bed on the floor.

The shelling became more frequent and later we all moved to the corridor. I put a sled near the door – my eldest daughter slept on it, next to her I sat on the ottoman with the baby, Pavlo slept at my feet. Then he wanted to leave the city, but it was already dangerous: cars on the roads were constantly shot.

Those days I cried and prayed a lot: it seemed to me that these were our last days, and all I asked of God was not to see our children suffering in agony. Pavlo had no such thoughts – he kept saying that our fighters would win anyway. It seemed to me that he was not afraid of explosions at all – sometimes, when it thundered, he calmly stood and smoked on the balcony. I scolded him for it, and he said, “Don’t be afraid, it’s our guys attacking the enemy.”

At some point, we ran out of water and Pavlo decided to bring it. He agreed with a neighbor that the next morning they would go to the water source – it is located on Kronstadtska Street, near the mosque. In the evening, we sat by candlelight and talked about being made for each other, because of all our childhood friends, only we remained in touch. He smiled and said, “Don’t be sad. The war will end and we will go to Thailand to take Mariyka on an elephant ride.”

On the morning of March 6, he woke up, went out on the balcony, and said he didn’t want to go anywhere today. But half an hour later he got dressed and left – he said he could not let the neighbors down, because he had promised them. He got into my car and left. Soon shelling began in our area. I was very worried about Pavlo – more than five hours had passed, and he was still gone. Suddenly I saw my car driving into the yard and exhaled. But a moment later, a military man stepped out from behind the wheel. I was in a stupor and did not understand where my Pavlo was. I thought that he was detained because he left his passport at home. Then I thought he might be taken to the war.

“Bring some water,” the soldier told me. I thought it was for him and quickly went to the kitchen. He then asked to take the children out of the room and sit down. “Pavlo came under fire. He died,” the military man said quickly. How could it be? I don’t believe it! What should I do? There was darkness before my eyes, a ringing in the ears. One thought flashed in my head: now I’m a widow.

Masha ran to me, started crying, and asked where her father was. Her godmother, who lived with us during the war, reassured her that her father was wounded and in hospital and that he would definitely return home. About an hour later, Pavlo’s friend came and asked for the keys to his second apartment to bring his body there. But later he returned and said that neighbors had forbidden him to leave Pavlo there, saying that they didn’t need corpses next door. We took everything out of the trunk of the car and put the body there.

I cried all the time. Neighbors approached me and offered to bury Pavlo in the yard. But I could not imagine how I would bury my beloved man like a dog. No, I don’t agree with that. He does not deserve such a burial.

There was half an hour left before the curfew. Pavlo’s friend offered to stay at home or go to the port to the icebreaker Kapitan Belousov, where there was electricity and water. It was very scary, but we decided to go. I collected diapers, baby food, blankets, and a backpack with documents and we left.

I was driving. I remember the road in fragments. Some destroyed houses, broken wires, the roar of explosions, and unexploded shells sticking out of the asphalt. We went to the icebreaker. We were given a cabin there. The husband’s body remained in the trunk. We decided to go somewhere to bury him in the morning. I was familiar with most of the crew. I poured a glass of champagne; I drank it in one gulp and fell on the couch. There was a godmother who looked after the children.

In the morning Pavlo’s friend and I left the port hoping to find a place where my husband could be buried. Heavy shelling began. I only thought that Pavlo should not die a second time. We didn’t know where we were going, because nothing worked in the city. We met the rescuers, but they also didn’t know what to advise us. Then we met the police, the military – everyone was confused and didn’t know what to do with the body. We went to my mom. Her neighbor advised her to contact the Sorrow local funeral agency. We went there.

The staff of Sorrow offered to take Pavlo to the morgue near the Ilyich plant, leave the body there and write a note about who he is. But at that time there was active shelling in the area of ​​the plant and I knew that if I left, I would not return and leave two children without their mother. Then we were offered to put the body in the hangar, where monuments are made, at 65a Torgova Street. It’s cold there and there are already a lot of bodies. We agreed.

This hangar is located near Azovstal. As we drove, shells exploded one after another over our heads. But we got there and left the body. I had hoped to return and bury him humanely, but with each passing day, the hope of this vanished. I was happy with the frost outside – we were very cold, but there was a better chance that the body would not decompose much. But I couldn’t return there. We managed to leave the city – we had to save the children.

I didn’t bury him and I can’t forgive myself for that. I’m very sorry that I scolded him for smoking on the balcony and for the fact that sometimes he drank cognac in the evenings. It would be better if he continued to drink and smoke, but he was nearby. For most of me, my life, my greatest love remained on Torgova Street, 65a.

Now Natalia and her daughters are safe. She still didn’t dare to tell the older daughter that her father would not return. What happened to the bodies of Mariupol residents lying in the hangar is unknown. The funeral agency promised to bury them as soon as the opportunity arose.