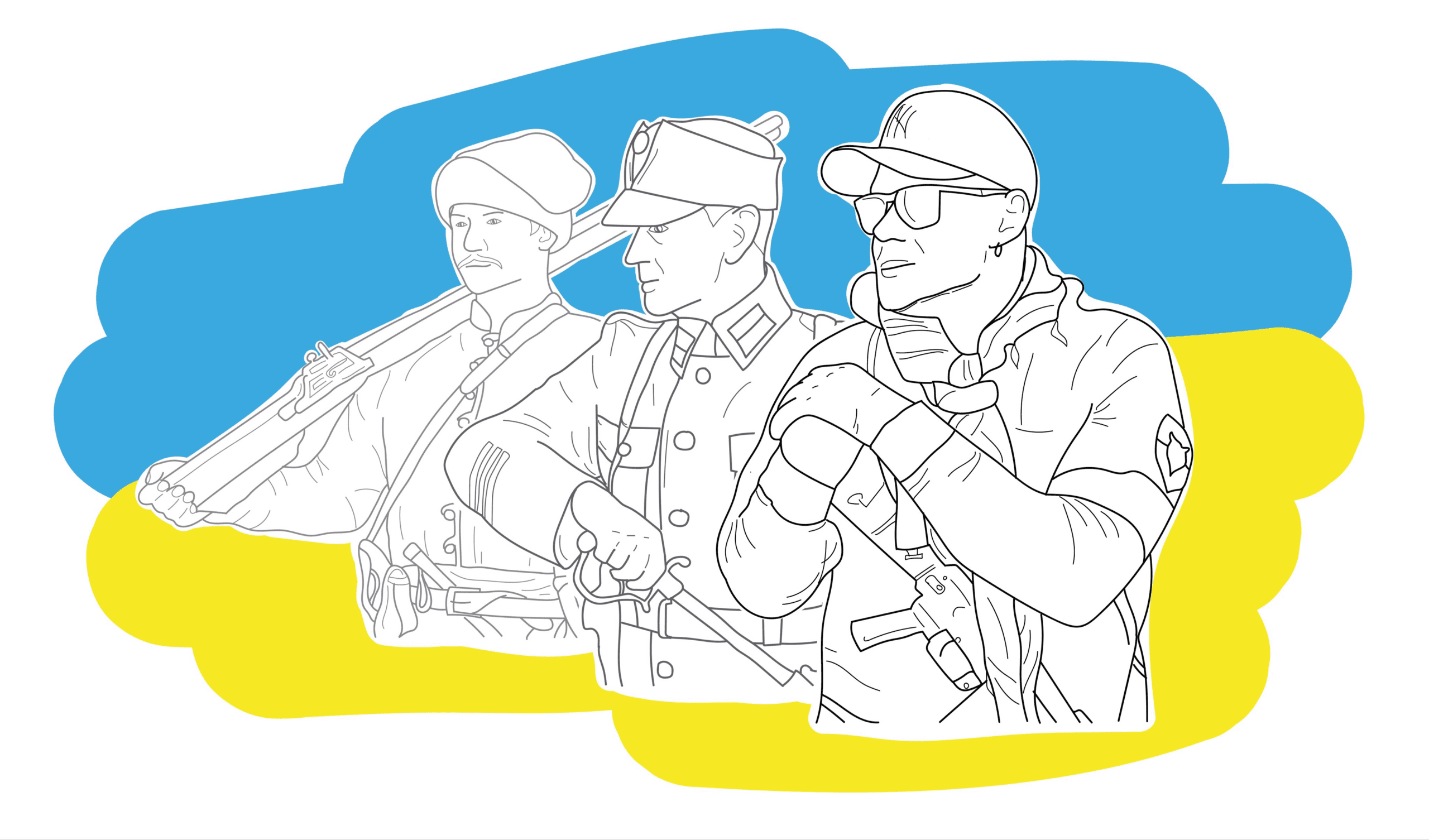 At the end of February 2022, after the start of a full-scale Russian war against Ukraine, the leader of the band “Boombox” sang the anthem of Sich Riflemen “In the meadow, a red kalyna” (In the meadow, a guelder rose) on Sofiyivska square. Performed by Andriy Khlyvnyuk, the song became a real hit in social networks not only in Ukraine, but all over the world. In the end, even the legendary musicians from Pink Floyd became interested in it. Together with Khlyvnyuk they released their version of the song, which reached the top of the world charts in just a few days.

Zaborona tells the story of a song that for centuries has been and remains a national symbol of Ukrainians in the fight against enemies.

In the meadow, a red kalyna

On April 7, 2022, for the first time in 28 years, the world-famous band Pink Floyd presented a song based on the anthem of Ukrainian Sich Riflemen “In the meadow, a red kalyna” together with the leader of the Ukrainian band “Boombox” Andriy Khlyvnyuk.

Pink Floyd’s song “Hey Hey Rise Up” based on “In the meadow, a red kalyna” performed by Andriy Khlyvlyuk. Video: Pink Floyd / YouTube

Thanks to Khlyvnyuk, the song-symbol of the national liberation war gained new significance and popularity for Ukrainians. After the beginning of the full-scale Russian invasion of Ukraine, the musician, who joined the territorial defense of the Armed Forces of Ukraine, performed it on Sofia Square a cappella.

Even before the historic premiere of the version from Pink Floyd, another version of Khlyvlyuk’s performance, edited by the South African musician The Kiffness, went viral on social media.

“In the meadow, a red kalyna” performed by Andriy Khlyvlyuk arranged by The Kiffness. Video: The Kiffness / YouTube

Most Ukrainians know this song as the anthem of the Ukrainian Sich Riflemen, but its history dates back to the XVII century, to the time of Hetman Bohdan Khmelnytsky. The words “In the meadow, a red kalyna” were originally the last verse of the cossack song “Spilled steep banks”:

In the meadow, there a red kalyna, has bent down low,

For some reason, our glorious Ukraine has been worried so.

And we, our glorious Ukraine, shall, hey, hey, cheer up and rejoice!

There are as many as two versions of how this song eventually became the anthem of the Ukrainian Sich Riflemen Legion. According to the first version, in 1914 the director of the Lviv theater “Ruska Besida” Stepan Charnetsky staged the tragedy “Sun of Ruin” about Hetman Doroshenko, but replaced the final song with “Spilled steep banks”. However, he changed the entire text, except for the last verse. Chernetsky also adjusted the melody. The play was a success, and the words of the song were picked up by the Galician youth and in the second half of 1914 it began to be performed at events organized by Sich Riflemen.

According to another version, in August 1914 in Stryi it was first heard by the chotar [platoon commander] of the Ukrainian Sich Riflemen Legion Hryhoriy Trukh. He added three more couplets to the verse of the cossack song and taught his fighters to sing it. It is believed that it was thanks to Trukh that the song became as we know it: instead of “glorious cossacks”, “our volunteers” appear in the text.

“In the meadow, a red kalyna” as the anthem of theUkrainian Sich Riflemen Legion. Video: EasternUkrainian / YouTube

In 1991, Ukrainian composer Bohdan Sapelyuk arranged this piece of music, combining Stepan Charnetsky’s “Oh in the Meadow” and Viktor Lisovol’s “Let’s Pour, Brothers, Crystal Bowls”. Thus, this anthem has become one of the main symbols of the memory of the Ukrainian people about the fierce fights with enemies for their land, independence and freedom.

“In the meadow, a red kalyna” performed by the vocal group of the Lviv theater-studio “Do not grieve!”, A video from the movie “Iron Hundred”. Video: brodnov / YouTube