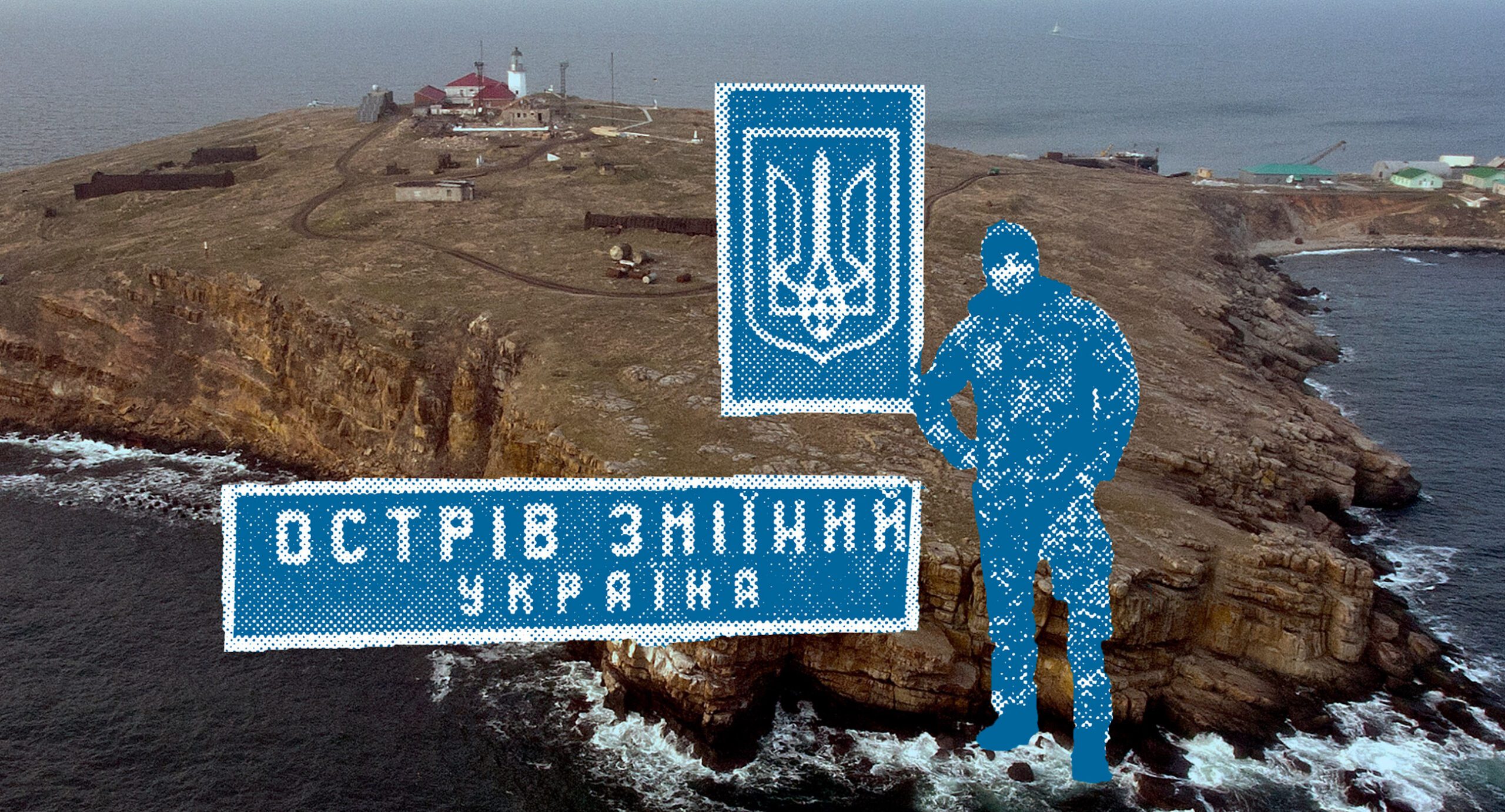 On February 24, Russia launched a full-scale invasion in Ukraine. Russian naval troops captured Snake Island in the Black Sea on the first day. It was officially reported that 13 border guards were killed on the island. Apart from them, the territory of Snake Island was defended by units of the 35th Separate Marine Brigade, but their fate remained unknown for some time. But on February 26, it turned out that the Ukrainian military was alive and in Russian captivity. Zaborona spoke to Natalia Zazyan, the wife of one of the captured infantrymen, who is trying to bring her husband home.

Artur Zazyan is a 31-year-old sergeant of the 35th Separate Marine Brigade named after Rear Admiral Mykhailo Ostrovsky. From August 20, 2021, he served as commander of the transport department of an anti-aircraft self-propelled artillery battery. On January 5, his unit was sent on duty to Snake Island.

On February 24 Natalia Zazyan received a message from her husband Artur at 6 am. He asked her to take care of herself and the children and–just in case–to hide in the basement.

“That morning, I also got a call from my child’s school and was told that classes were canceled. Artur hadn’t explained what was happening and only said later in the afternoon that the war had just begun and that the enemy surrounded them. I understood from his messages that they had been told to surrender at six in the morning, but my husband wrote that they had refused, so they defended the island until ammunition ran out. And then communication stopped,” Natalia Zazyan told Zaborona.

In the evening that same day, the President of Ukraine, Volodymyr Zelensky, stated that thirteen defenders had died on Snake Island. But he did not say a word about the Marines.

Natalia could not believe that her husband was dead.

“I cried all day,” says Natalia. “My family and I wrote comments on as many official government pages on Facebook pages as possible. We tried to say that there were still soldiers there and that we were trying to find out where they were. We were told that we were bots and were spreading disinfo. Then someone advised me to watch Russian channels. But then we saw them alive on February 25. It was shown that 82 Ukrainian prisoners from Snake Island are being held in Sevastopol, Crimea.”

Russian television spread a story that the defenders of Snake Island did not want to fight the Russians and had sided with the occupiers. Like, in Ukraine they were “buried alive” – but there they are, alive and “glad” that they were “accepted” by Russia. Meanwhile, in Ukraine, everyone was talking about a recording made during the island’s siege. When a Russian warship demanded them to surrender, one of the border guards replied with the already legendary sentence: “Russian warship, go and fuck yourself!”.

Natalia does not know exactly how many people were on the island, but from what was shown on Russian TV channels, relatives identified 49 soldiers from the 35th Brigade. Zazyan reached out to the military unit where her husband served, but no one from there communicated with her. Artur’s mother tried to find some kind of explanation and proposed that they did not recognize all the soldiers in the video. Therefore, they could not say anything definitive.

“I understand we’re under martial law and negotiations with Russia are underway. I do not blame anyone for anything but I would be happy to receive at least a small message, with the hope that my husband will be returned from captivity. This is very important now, especially for the relatives of captured soldiers. Nobody knows anything. We understand that this is a long process, but we are ready to wait,” says Natalia.

On February 27, Russian media recorded a video of the prisoners and stated that the Ukrainian authorities had forgotten about their military. The General Staff of the Armed Forces of Ukraine reported that the men may be pressured and asked not to believe what they could say to the camera.

Now Natalia Zazyan, along with other family members of military personnel, is sending inquiries to various services to draw attention to this situation and bring back their relatives. In a conversation with Zaborona, the woman said that many relatives were afraid to spread information to the public.

“We all understand the complexity of the situation, but we also understand that if we remain silent, they will be forgotten. That is why we want these issues to be taken care of as well. We recognized them and now we know that they are alive – this is the most important thing. And I will not stop, I will do everything that is required of me. Our children are waiting for their father. I couldn’t tell them their father was dead. They know that everything is fine and Dad is working,” says Natalia.

What do officials say?

Serhiy Kozachynskyi, a public relations officer with the 35th Brigade, explained to Zaborona that at the beginning of the war, some units of the brigade were indeed on duty at Snake Island.

“Unfortunately, I can’t talk about the number of military personnel there. The personnel of our Marines are now in captivity and we are at the stage of exchanging prisoners. Let’s put it this way: we don’t want to harm them and, in addition, we have our own strategy, ”says Kozachynsky.

Kozachynsky emphasizes that Russian propaganda media published a video in which they allegedly handed over the prisoners to the Ukrainian side and gave them crackers on the way. But to date, the transfer of troops has not taken place.

“There is no immediate danger to our military personnel. However, we are waiting for orders from our leadership and do not know when they will finally agree to any terms,” says the officer.

The Border Guard Service of Ukraine explained that the information about the 13 dead border guards was announced on the basis of preliminary data obtained at the time of the enemy’s attack on Snake Island.

On March 9, it became known that the Russian military was forcibly leading the Sapphire rescue ship to occupied Sevastopol, the captain of the Ukrainian ship said.

“Now we have connected international humanitarian missions to get a list of all the guys who are in the enemy’s hands,” says Andriy Demchenko, spokesman for the Head of the State Border Guard Service of Ukraine.