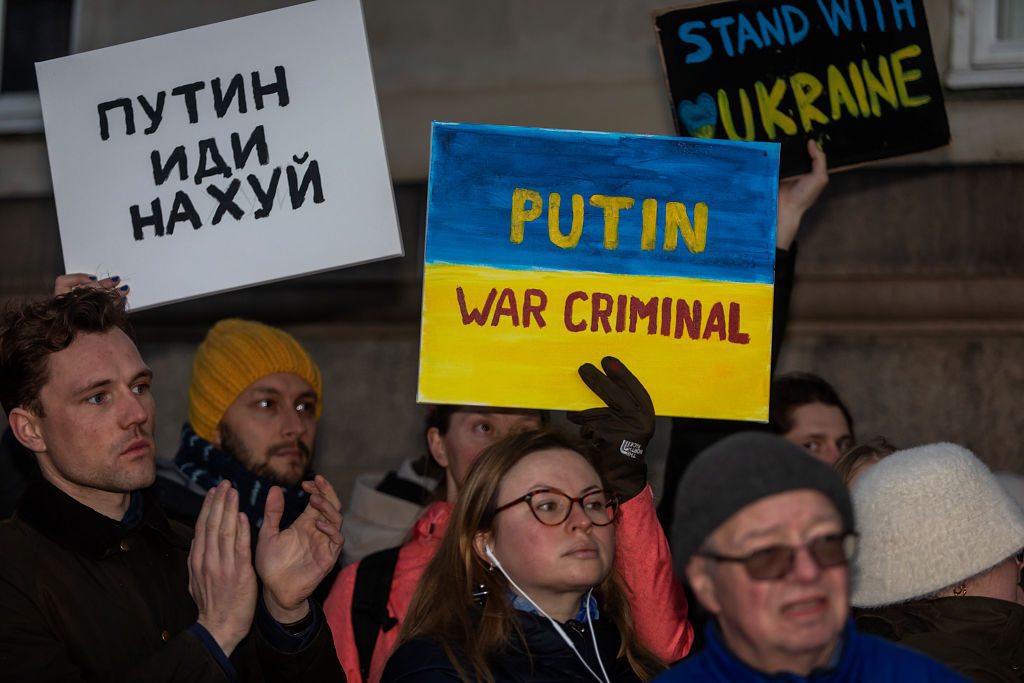 February 28 is the fifth day of Ukraine’s resistance to Russian military aggression. Our defenders have shown such a level of training and courage that the whole world is giving a standing ovation to them: in parliaments, in the squares of small and large cities, on the stands and on social networks.

Ukrainian volunteers deliver masterclasses on fundraising, hacking and coordination of transport during wartime.

For five days we have been working side by side with our colleagues in information defense to provide you with both the most interesting and the most important news from credible sources, because principles make us who we are. You can support Zaborona.

From March 1, the sale of alcoholic beverages is strictly prohibited in Kyiv. Completely!

“I would like to draw the attention of the owners of shops and chains, pharmacies to the price of food, basic necessities and medicines. Do not raise prices by taking advantage of the situation. Because this is not better than looting during the war,” the mayor hinted.

Fifa and Uefa have suspended Russian teams from all international football competitions.

“Fifa and Uefa have today decided together that all Russian teams, whether national representative teams or club teams, shall be suspended from participation in both Fifa and Uefa competitions until further notice. […] Football is fully united here and in full solidarity with all the people affected in Ukraine. Both Presidents hope that the situation in Ukraine will improve significantly and rapidly so that football can again be a vector for unity and peace amongst people, – ” a document stated

The occupiers fired a ballistic missile at Kyiv. The place is being specified.

According to the statement by a president’s adviser Mykhailo Podoliak statement, the negotiators did not agree on anything worthwhile. “The main purpose of the talks today was to discuss a ceasefire in Ukraine,” said an adviser to the Security Service. The parties are returning to their capitals. More

The President of Ukraine signed an application for EU membership.

In a conversation with Macron, Putin named the conditions for resolving the military conflict. These are:

– solving problems of demilitarization and denazification of Ukraine;

– ensuring the neutral status of Ukraine.

[We apologize, but what have we been negotiating with the occupiers for several hours now?]

Also Putin said that the Russian army does not shoot at civilians. (Scroll down to make sure it does).

16:56. The Ministry of Finance of Ukraine

Under the circumstances of military aggression of the Russian Federation, the Ministry of Finance offers citizens, businesses and foreign investors to support the budget of Ukraine by investing in military bonds. The funds from the bonds will be used to meet the needs of the Armed Forces of Ukraine and to ensure the uninterrupted provision of the state’s financial needs under martial law.

Unarmed but furious protesters in the main square of Berdiansk managed to expel Russian occupiers from the City Council.

Ukrainian MNOs established a single SMS-channel of information for the State Emergency Service of Ukraine. Its text messages are the only official SMS source of emergency information for our subscribers.

15:15. The Central Bank of the Russian Federation

Earlier Zaborona wrote about the sanctions, which, as you can see, are already in action.

14:10. Center for Countering Disinformation at the National Security and Defense Council of Ukraine

The FSB allegedly sends letters from the fake SBU’s email. This is a cyber attack. Therefore:

– Do not reply to similar messages;

– Do not fill in any forms.

The occupiers dropped a vacuum bomb on the Okhtyrka oil depot. This is prohibited by the Geneva Conventions.

The defenders of Zmiinyi are alive!

The Public Relations Service of the Ukrainian Naval Forces has confirmed that the marines and border guards from Zmiinyi island have been captured by the Russian occupiers.

Moreover, the aggressor also captured the crew, fathers Vasyl Vyrozub, Oleksandr Chokov and their assistants from the civilian ship Sapphire which came to the island with a humanitarian mission.

The guards of the St. Michael’s Golden-Domed Monastery neutralised a Russian sabotage group that was trying to enter the territory. In addition they destroyed coordination marks for missile strikes that were found near the monastery.

We are numb. Defenders, WTF?

Hackers’ group “Anonymous” has attacked the sites of Russian propaganda.

12:25. The Command of the Ukrainian Ground Forces

The long-awaited convoy has arrived in Kharkiv. It carries anti-tank weapons NLAW, SMAW-D, Javelin that are provided to Ukraine by its allies.

12:10. The Temporary Commission of Inquiry

“Our esteemed servicemen – the Armed Forces of Ukraine, the National Guard and the Azov Battalion – destroyed an enemy aircraft of the Russian occupiers, which fired on the village of Sartana and the Left Bank district of Mariupol four times yesterday. Glory to our defenders! Glory to our heroes! Glory to Ukraine!”, – the mayor of Mariupol, Vadym Boychenko.