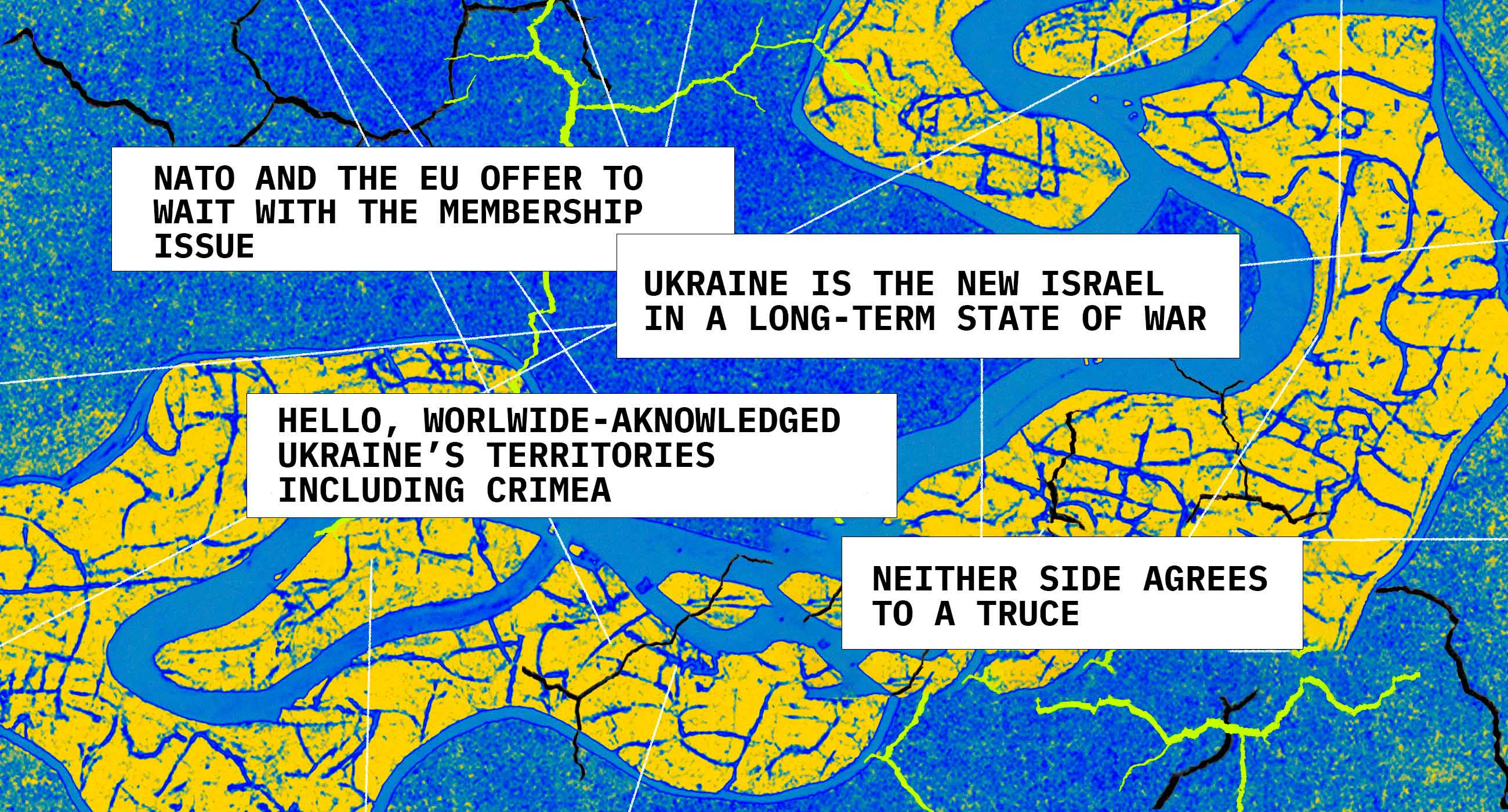 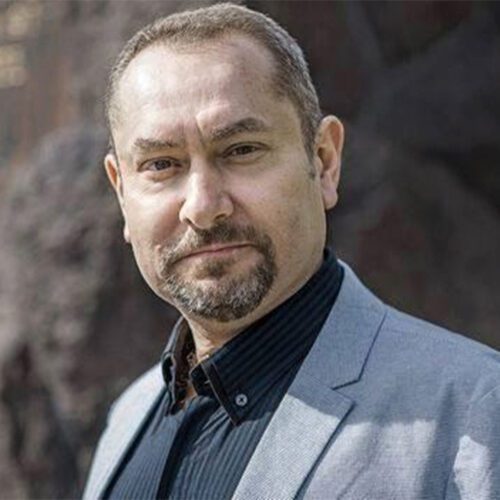 For Ukraine, August 24 issimultaneously  an Independence Day and half a year of the invasion launched by Russia. Every day, the war affects everyone who lives in Ukraine, follows events from abroad, and worries about what will happen next. A full-scale war needs to be surveyed now, as well as to be predicted on what awaits Ukraine in the near future and in years to come.

Zaborona announces an ‘Outlines of the future’ series of materials, where experts – from historians and public intellectuals to economists and sociologists – will try to foresee the development of the situation in Ukraine. Today, we asked Serhy Yekelchyk, Professor of History and Slavic studies at the University of Victoria and president of the Canadian Association of Ukrainianists, to predict the scenarios of possible historical events in which an independent Ukraine will play a role.

To look forward, one must look back: a short digression into the history of liberation movements in Ukraine

For a historian, assessing the possible ways of Ukraine’s development for the next year and a half means, first of all, comparing our time with two heroic episodes of the struggle for Ukraine in 1917–1923 and 1938–50.

One hundred years ago, the independence movement had no experience in raising the masses to fight for a free Ukraine. Both the national and civic consciousness of the population of Great Ukraine [that is how Ukrainians land under Bolsheviks occupation was named in Galicia — ed.] remained undeveloped – mostly the “residents” were not yet ready to become citizens. The situation was completely different in Galicia, but even there the experience of an organized struggle for the rights of Ukrainians reached a military dimension only in the process of competition for Eastern Galicia with Poland, on whose side was the Entente, the consolidated “West” of that time.

In Great Ukraine, it was actually not possible to organize a powerful resistance to the two wings of Russian aggression — to the Red and White one. The heroism of Kruty [a battle between the Ukrainian young officers and the Bolsheviks] is proof of this. In fact, the good guys of that time fought there – young men, cadets, and “free Cossacks”, since the so-called Ukrainized regiments of the former tsarist army maintained neutrality or were Bolshevized. There was no time and opportunity to introduce military education. Ammunition had to be collected from the old trenches of the First World War. The same Entente refused to support the Ukrainian government, because it hoped for the victory of the Whites and the restoration of the Russian Empire, even without Poland.

The main thing is that the peasants felt the yoke of the Bolshevik rule already after the struggle for statehood had been lost. They were ready to go after Symon Petliura [the Supreme Commander of the Indipendent Ukrainian Army] already when he wandered around Europe as an exile, but rumors about his return spread even during the Second World War when he had long been laid to rest in a Paris cemetery.

The acquisition of autonomy by Zakarpattia in 1938–39 showed that Ukrainians outside the USSR at that time were well aware of the potential importance of the Ukrainian issue in international politics. There was also a willingness to fight for the realization of the Ukrainian dream. But the cards on the table of the European geopolitical game fell into a combination that was a loss for Ukrainians. None of the opposing coalitions recognized their right to historical subjectivity.

The historic meeting of “departmental groups” from non-Soviet Ukraine with public activists of Great Ukraine produced a new program of the Ukrainian movement, which combined national and social slogans. But all Ukrainian lands were given to Stalin. The hopes of the UPA soldiers [the fighters for Ukraine’s sovereignity] for the possibility of carving out Ukrainian statehood after 1945 somewhere in the neutral zone between the Germans and the Soviets did not come true, as well as the dreams of an immediate conflict between Stalin and the Western allies.

The Americans recognized the practical utility of the Ukrainian issue with the beginning of the Cold War in 1946 when it came to information confrontation and a rather limited supply of weapons to the rebels. Media reports in early 2022 about an American plan to provide support to Ukrainian rebels after Putin takes over all of Ukraine certainly did not evoke positive historical associations.

The situation at the end of the summer of 2022 is fundamentally different from the difficult conditions of the first and second liberation contests. Civil stance and national consciousness merged during the Revolution of Dignity. There is an understanding in society that to be Ukrainian means to be supporters of democratic freedoms, and to be conscious members of civil society means recognition of the symbolic importance of the Ukrainian (and Crimean Tatar) language and culture even by non-Ukrainians.

After the first troubling days of the Russian offensive in February, the West nevertheless came out strongly in support of Ukraine and gradually expanded the supply of weapons and training programs for the Ukrainian military. In the longer term, sanctions will seriously undermine Russia’s ability to wage a large-scale war. Almost all Western and Ukrainian experts agree that Russia will not be able to win this war. In the long term, Ukraine’s victory is inevitable. But every day, every week, the war leaves new scars – human losses, and economic ruin, which will be felt for many years.

Therefore, an important factor for assessing the near future is the determination of Ukrainian society to repel the Russian invaders. Careful testing of public opinion by the administration of President Zelensky during the negotiations in Istanbul showed that details seemingly already agreed upon with the Russian side, such as the decision that the status of Crimea will remain a negotiating topic for the next 15 years, during which Ukraine will refrain from attempts to resolve this issue militarily, did not gain public support. The Ukrainian government had to go from the position of restoring the status quo on February 23 to statements about returning to the 1991 borders.

So, what can Ukraine be like in a year and a half?

Russian attempts to advance will expire in the fall of 2022. Even with a limited number of Western weapons, the Armed Forces will demonstrate their counter-offensive ability in more than one frontline. Neither side will agree to an actual (or formal, in the form of a truce) “freezing of the conflict”, and active hostilities will resume in the spring of 2023 under a strategic initiative on the Ukrainian side.

A significantly larger number of Western weapons and Western-trained soldiers will make it possible to launch a counter-offensive, for example, in the Ukraine’s south. Coupled with the inability to conquer all of Donbas, the threat to Crimea may force Putin to announce an expansion of forced mobilization measures, which will undermine his social support. In the fall of 2023, it is quite possible to imagine widespread recognition in Russia that the war has essentially been lost, and the life of the average Russian is getting worse. The removal of Putin from power becomes probable, and in the case of a combination with an economic crisis, even a radical change of the political regime may occur.

This would pave the way for Ukraine to restore the borders of the year 1991 in the following years promising several years or even decades of peace, while post-Putin political forces are being determined on (perhaps already then — the former) Russian geographical space. The newest Marshall Plan for Ukraine may be launched as early as the end of 2023. Admission to the EU becomes a reality in a few years, and accession to NATO immediately after the beginning of the internal crisis in Russia.

Counterattack actions of the Armed Forces in the fall of 2022 and summer of 2023 do not bring significant results. The Russian army was stopped, but not defeated. As of the fall of 2023, the situation at the front is a stalemate, and Ukraine enters the winter in a state of “frozen conflict.” Putin declares his achievements as the main goals of the war and declares that what the Russian army holds at the time – even if it is far from all of the Donetsk region – will be engulfed by Russia.

In the south, the Кгіішф скуфеуі еру Tauride province of the times of the tsarate [the same as tsarism – ed.] or truncated “Novorossiya”. The prospects of Ukraine joining the EU are postponed for a longer period. Also, we are not talking about the NATO. Ukraine is turning into a militarized and mobilized society like Israel and, like Israel, is becoming an important US ally outside of the NATO.

Reconstruction of the economy is possible only to a limited extent. Turning Ukraine into a new South Korea doesn’t seem like the worst option, but any certainty that Russian missile strikes won’t resume any day now is unlikely under Putin’s reign.

For a year and a half, Ukraine remains in the hot phase of the war with Russia. There has not been a crisis in Russia, and every year the top Kremlin manages to gather a hundred thousand or more military personnel without mobilization. Both Moscow and the regions are getting used to and adapting to the sanctions.

Active hostilities resume each spring and continue until late autumn, usually with a break of two to three weeks before new offensive attempts. Missile attacks on Ukrainian cities and infrastructure do not stop, although large cities are better protected by the modern air defense systems. The receipts of Western weapons in 2023 are only enough to maintain parity with the Russian side.

Ukraine is being forced to rebuild itself for a long-term conflict: the repair of equipment is done by its Western neighbors, the state and the army are largely financed by the United States and allies of the Rammstein group, and social programs subsidized by the West are deployed to allow people to survive. A significant percentage of displaced persons remain in the West for many years. It becomes impossible to assess the prospects of joining the EU, not mentioning the NATO.

In anticipation of the moment when Russia finally breaks, periodic political splits in Ukrainian society are possible, related to trust in President Zelensky and his entourage – but not in the Armed Forces of Ukraine. No Ukrainian political force offers peace at any price, but the price of war continues to rise.