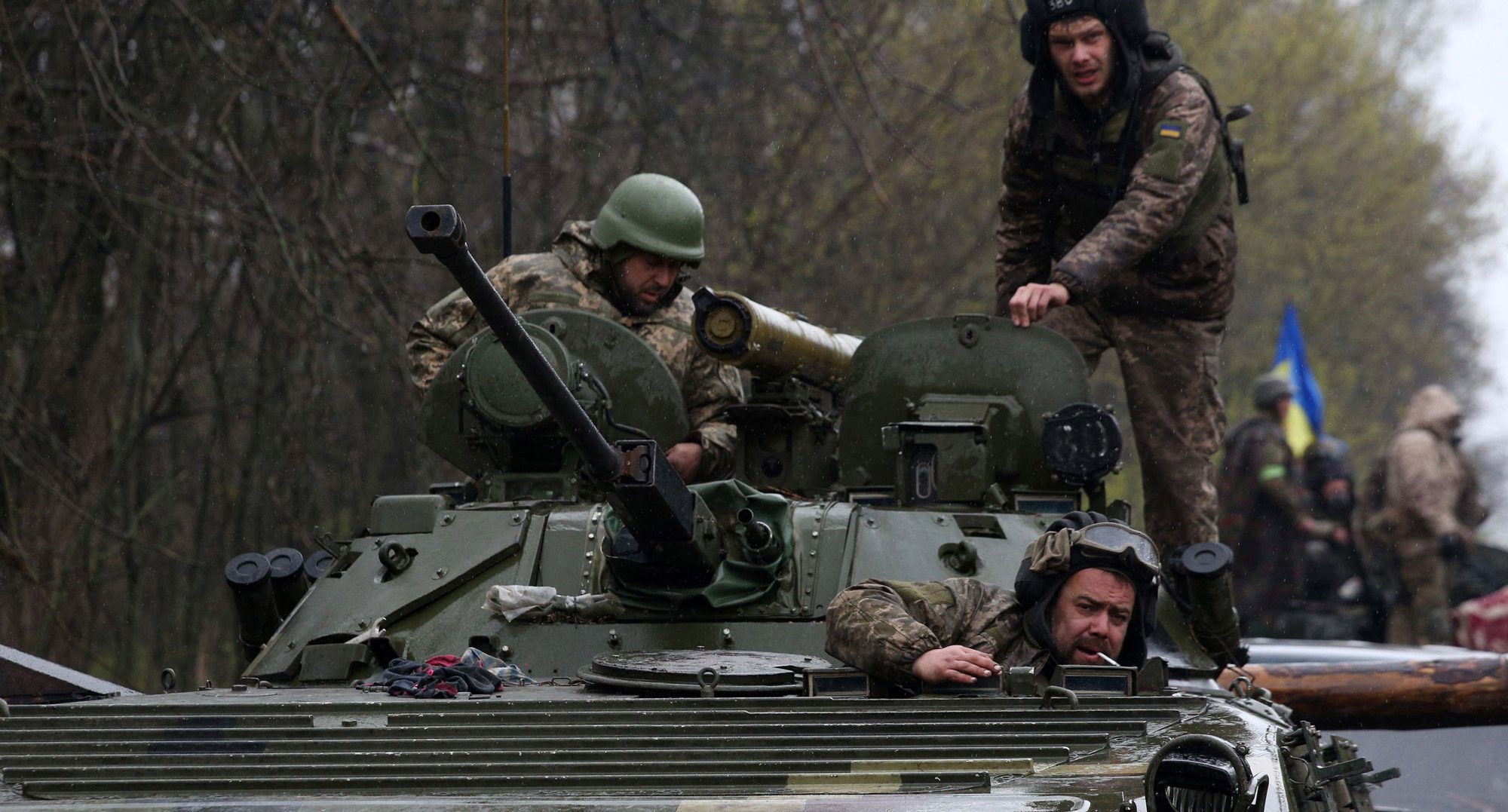 Long before the start of the large-scale war, Ukraine’s Western partners began to warn the authorities about the inevitability of a Russian invasion. At the same time, the delivery of military aid to Ukraine began, mainly from the United States. After February 24, it became clear that the help of Western partners played a significant role in repelling the first invasion of the occupiers. However, the Russian army still has a significant advantage in technology. Therefore, in order not only to defend ourselves, but also to expel the occupiers from Ukrainian soil, our army needs much more weapons than it received before. President of Ukraine Volodymyr Zelensky in his addresses constantly repeats the same thesis: “We need new heavy weapons.” Zaborona has decided to find out what kind of weapons the Ukrainian army needs right now and how much the Western partners cover these needs.

What does Ukraine need?

There are no problems with people who are ready to fight in Ukraine. The personnel of the Armed Forces of Ukraine numbers about 250 thousand servicemen. In addition, there are representatives of other armed formations: the SBU, the Interior Ministry and local territorial defense groups. At the same time, the Russian military that entered the territory of Ukraine, according to various estimates, amounted to approximately 200 thousand personnel. It would seem that the forces are equal, if not to say that the Ukrainian army prevails over the Russian. However, there is one thing: the Russians have at their disposal many times more military equipment and armored vehicles than the Ukrainians. This greatly complicates the work of our fighters.

At the beginning of the war, the Ukrainian army was able to use the stupidity and self-confidence of the Russians, who were on a “victorious” march on Kyiv and thought that nothing threatened them. In that situation, Ukraine was greatly helped by anti-tank weapons from Western partners (Javelin and NLAW), as well as Stugna anti-tank missile systems made in Ukraine. However, now the Russians have changed their tactics and are increasingly turning to war with artillery without close contact, so the Armed Forces urgently need an increase in the artillery type of weapons.

Another important nuance was the need for de-occupation of territories previously occupied by Russians. It is quite difficult to conduct active hostilities and attacks on the enemy with anti-tank weapons. First of all, we need artillery and armored vehicles that can withstand the first blow of the enemy, and with this the Ukrainian army has a big problem: heavy armored vehicles are not enough in most areas, and even Russian trophy equipment will not change the situation significantly.

On April 13, President of Ukraine Volodymyr Zelensky publicly addressed to our Western partners in a video message, announcing what weapons Ukraine needs most.

Most artillery units and equipment in Ukraine fire 152-mm caliber rounds – this is an outdated standard from Soviet times. Instead, one of the advantages of the 155mm caliber is the longer range possible. Given that the Russians also use a 152-mm caliber, the availability of more developed and high-quality artillery equipment in Ukraine could allow Ukrainian artillerymen to fire at the occupiers’ positions while remaining unreachable to enemy artillery.

Judging by the fact that Ukraine doesn’t ask for the 152 mm artillery units themselves, we can assume that there are still enough of them in the army. Another thing is important: over the past few weeks it has become clear that artillery is becoming almost the main weapon in this war. Realizing this, as well as the fact that Ukrainian ammunition depots are not bottomless, the Ukrainian authorities are asking Western partners to provide more of these shells.

Grad and Uragan multiple launch rocket systems were developed under the USSR and are, in particular, in the service of the Ukrainian army. The difference between these two systems lies in the caliber and scale of destruction: Grad has the area of ​​​​destruction of 145 000 square meters, Uragan – of 426 000 square meters. M142 HIMARS is a system almost similar in purpose to Uragan. However, the American MLRS is much better and more modern: HIMARS began to be produced and put into service in 2003, while the Soviet Uragan was produced back in 1975.

In his public speeches, the founder of the Come Back Alive Foundation, Taras Chmut, who is well aware of the situation at the front and the needs of the Ukrainian army, calls armored vehicles a very important and acute issue today. In many units, the military is forced to travel in civilian vehicles provided by volunteers, which certainly reduces their level of protection and combat capability.

The T-72 was the main battle tank in the USSR and remains so to this day in many countries around the world. According to the BBC, as of winter 2021, all tanks in Ukraine totaled near 30 tank battalions – so a figure between 800 and 900 vehicles is quite real. This is the predominant number of tanks in most European countries, but how many of these tanks were able to take part in hostilities and how many were put out of action will be known only after the victory. But in order to be able to counterattack and carry out tactical tasks to defeat Russian troops, Ukraine needs a large number of tanks, especially given that the Russians have enough of them.

The BUK and S-300 are medium-range anti-aircraft missile systems. They are used to destroy enemy aircraft, cruise and ballistic missiles. Such systems are another weak link in Ukraine’s defense. Apart from the occupied Crimea, there is no region left in Ukraine today that would not feel the impact of Russian cruise missiles. It is obvious that our country has its own air defense with the same BUK and S-300 complexes, but it is also obvious that their number is not enough to reliably close the sky and shoot down all cruise missiles flying to Ukrainian cities.

As of 2021, the basis of Ukrainian combat aircraft were Su-27 and MiG-29 fighters, as well as a Su-25 attack aircraft. In the first days of the war, Russia tried to quickly disable all Ukrainian combat aviation. On the first night, missile strikes hit the most Ukrainian military airfields. In almost two months of war, the Russian military command has repeatedly announced the destruction of the Ukrainian Air Force, but Ukraine’s aircraft continue to strike painful blows at the enemy where possible. A large number of attacks on the military aviation infrastructure could not pass without a trace for the Armed Forces of Ukraine, so we can conclude that Ukraine has lost a significant part of the aircraft fleet. Given the importance of aviation in counter-offensive operations, the request of the Ukrainian authorities to provide aircraft is quite understandable. Especially considering the fact that in many countries of Eastern Europe there are still quite a few Soviet aircraft that Ukrainian pilots can fly.

What kind of military aid does the army receive?

It was recently announced that the United States will provide Ukraine with a second comprehensive package of military assistance of $ 800 million. The first similar package consisted mainly of portable anti-tank and anti-aircraft weapons, as well as combat drones. This time the US government listened to the Ukrainian people and agreed to provide heavy weapons. The list also includes artillery: the United States promises to hand over 18 155-mm howitzers and 40,000 rounds of ammunition to Ukraine. There is no exact information about the type of these units, but, according to the Defense Express consulting company director Serhiy Zhurets, it may be M777 towed howitzers.

In addition to American partners, the artillery issue has recently been discussed in Britain and Canada. Boris Johnson and Justin Trudeau said they would also deliver heavy artillery to Ukraine (the type and number of units were not reported). On April 8, it was stated that Ukraine was negotiating the purchase of 16 Zuzana self-propelled artillery vehicles of 155 mm caliber and a 33 km firing range. And on April 22 it became known that France will deliver Caesar self-propelled artillery units to Ukraine – this was stated by French President Emmanuel Macron:

“We still supply a significant amount of equipment, from Milan to Caesar, including several weapons. I think we should continue down this path. Always with a red line, which is not to enter into co-belligerence.”

The new US military aid package provides for the transfer of 200 American M113 armored personnel carriers to Ukraine. They are not new, their development began in the 1960s. However, despite the serious age, these machines are still used both in the US Army and in other countries that bought them.

It is also well known about the supply of Bushmaster protected mobility vehicles from Australia to Ukraine. Another country that is going to supply Ukraine with armored vehicles is the Netherlands. This was announced on Twitter by Prime Minister Mark Rutte. Prime Minister Mark Rutte announced this on Twitter. According to Defense Express, the Netherlands may transfer the YPR-765 armored vehicle to Ukraine. It is planned to dismantle weapons and use equipment for transporting personnel.

Visegrád 24 recently reported that 100 T-72 tanks stored in Poland have disappeared: “One of Poland’s most prominent military experts, Jaroslav Wolski, notes that rumors that one hundred T-72 tanks in storage in Lublin “disappeared” a few days ago, are true. They have recently been upgraded to the T-72M1R standard (thermal imager and other improvements). Have a nice hunt, Ukraine “.

Later, the journalist himself confirmed this information, but with a remark: “To be honest, I didn’t put it quite like that, but let it be. Assistance to Ukraine comes from NATO countries, for example. Let’s leave the numbers for later consideration.”

In addition, Reuters reported on the supply of T-72 tanks to the Czech Republic. This is confirmed, in particular, by numerous photos and videos.

Nothing is currently known about the supply of American tanks.

So far, only one transfer of such weapons to Ukraine is known, namely the S-300 complex from Slovakia. The S-300 is a medium-range anti-aircraft missile system that was put into service in the USSR in 1979. It is designed to protect large industrial and administrative facilities, military bases command posts from enemy air attacks.

At the same time, in late March, The Wall Street Journal reported on the secret transfer of Soviet air defense equipment from the United States. However, there is no information that would confirm the receipt of these weapons yet.

The supply of combat aircraft to Ukraine is still one of the most problematic issues, and some breakthroughs have already been achieved here. The new US military aid package includes 11 Soviet-made Mi-8 / Mi-17 helicopters. In addition, the Pentagon has officially announced the transfer of spare parts that will help increase the number of Ukrainian combat aircraft:

I would just say without getting into what other nations are providing that they [Ukraine] have received additional platforms and parts to be able to increase their fleet size – their aircraft fleet size, I think I’d leave it at that”, said Pentagon spokesman John Kirby.

The West’s weekly military-technical assistance to Ukraine is increasing. At the beginning of the war, most European countries were very skeptical about the possibility of providing Ukraine with heavy offensive weapons. Today it is a reality: Poland, the Czech Republic, the Netherlands, France are already supplying or planning to supply heavy weapons. However, the volume of deliveries and the speed of decision-making still remain at a critically low level. Otherwise, the situation in eastern Ukraine could have a much more favorable and easier scenario for the Ukrainian military.