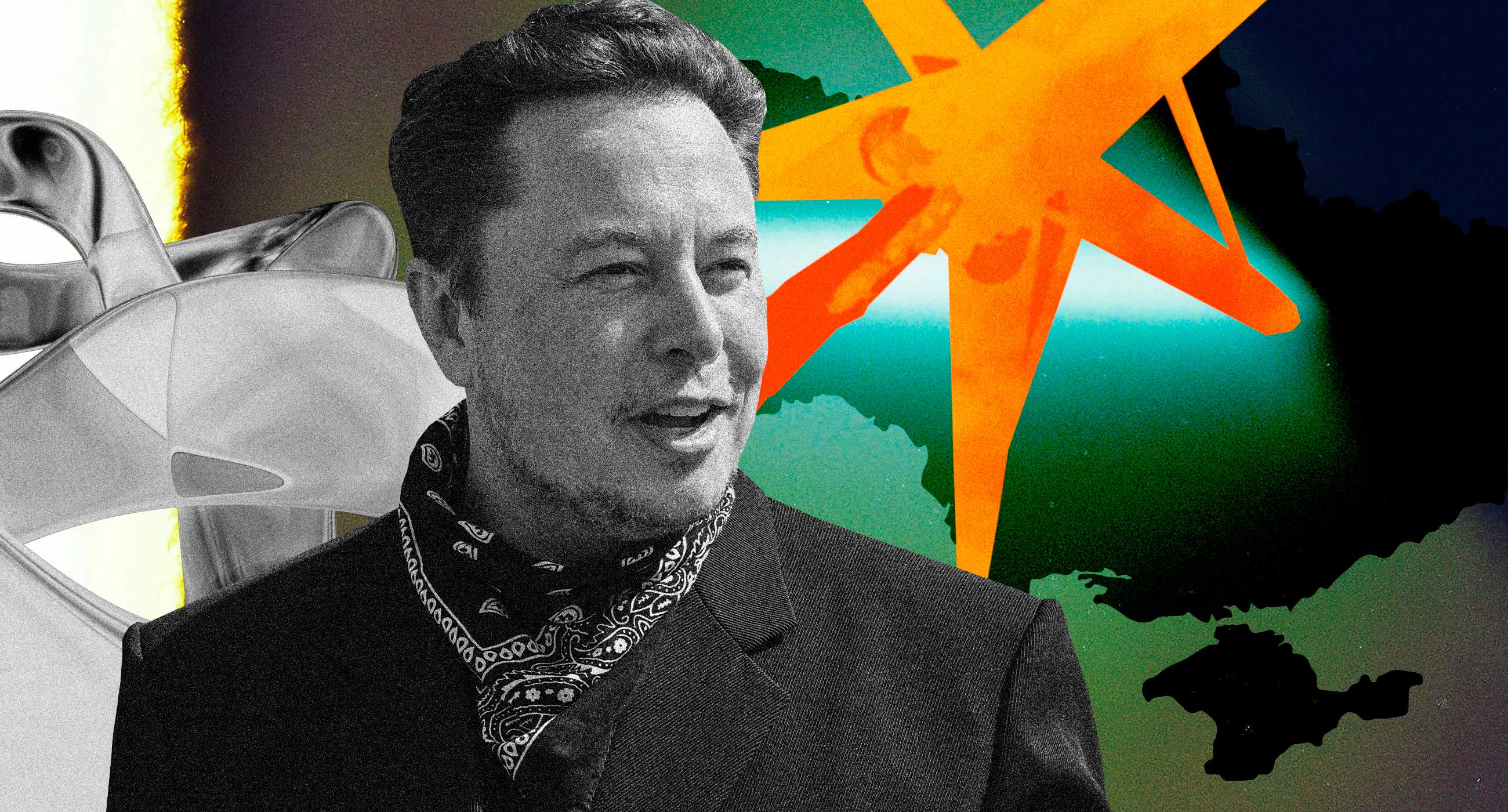 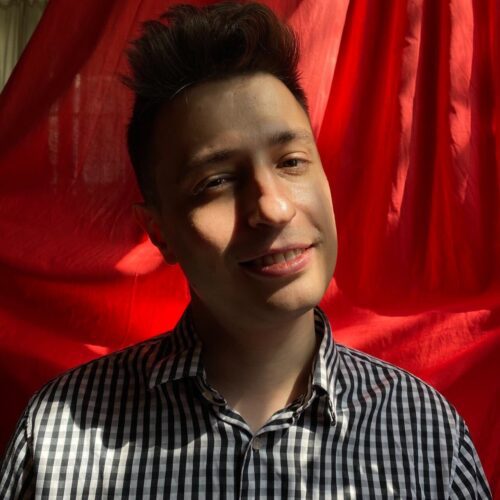 Elon Musk’s recent tweets with proposals to hold referendums in Ukraine’s occupied territories have been called pro-Russian and pro-Trump — even though the businessman provided the country with access to Starlink. Philosopher and technology ethicist Serhiy Zhdanov sees in Musk’s statements not alt-right or Putin’s rhetoric, but another, third way — the formation of Musk as a techno-oligarchic politician who uses the war in Ukraine as an information platform for building his own political career.

Satellite Internet in Ukraine has nullified the effect of almost all means of electronic warfare of the Russians. Communication, available anywhere in the country, including on the battlefield, has infinitely expanded the capabilities of our military: from always available interactive online maps to the ability to update the software of combat drones right on the ground. At the same time, Russian soldiers use outdated paper maps, and the command goes online and makes calls from Ukrainian SIM cards, which allows Ukrainian intelligence to listen to literally everything.

Elon Musk’s Starlink is not the largest financial aid to Ukraine in the war with Russia, but the availability of this technology fundamentally changes the ability to inform and coordinate Ukrainians not only on the battlefield but also in the field of governance and humanitarian aid: we have become a country where it is almost impossible to critically disrupt communication.

Of course, there is no doubt that Musk at least roughly understands the problems of Ukrainians and the colonial horrors that the Russian Federation brings with it: In 1988, the 17-year-old Musk emigrated from South Africa to avoid the draft and not participate in apartheid, the policy of racial segregation that dominated the country until 1994. The businessman has paid for most of Ukraine’s Starlink out of his own pocket: by the end of the year, supporting Ukraine will cost him $100 million. In response, the Russians accused Musk of “aiding and abetting fascist forces”, threatened him personally, and called for shooting down his company’s satellites.

China (where, by the way, the largest Tesla plant is located) is also openly dissatisfied with the presence of Starlink in Ukraine. According to the local Communist Party, private individuals have no right to interfere in international politics. China does not want Musk to support its enemies with satellites in case of war against China. By the way, the same interference from Elon Musk was not only in the Ukrainian case but also the activation of Starlink in protest-ridden Iran: satellite Internet is now helping to overthrow the Khomeini government. Against this background, the Communist Party fears that Starlink will start helping protesters inside China. Therefore, so far, China’s political class is demanding guarantees from Musk that he will not activate Starlink in China, and Chinese scientists are inventing ways to shoot down its satellites in space.

However, assistance to Ukraine should not be perceived morally and ethically: as Musk himself says, there are no angels in war. All these expenses allowed Musk to fit into the “hottest” topic of 2022. He could not have bought such advertising for an innovative product even for billions of dollars — now the whole world knows about Starlink and the benefits of satellite Internet in general. Moreover, Musk received the exclusive right to openly use his technology not only for civilian but also for military purposes, and the Armed Forces advertise his commercial product to the military around the world. It may seem ugly and even cynical to talk about benefits in such a situation, but in business, such scenarios are described by the term “win-win” and are an ideal form of cooperation.

It is important to understand that Starlink in Ukraine has not only a commercial meaning for Musk: this gesture has integrated him into the field of politics. Until recently, the businessman supported Democrats and later began to support Republicans more and more. For example, his relationship with President Biden is now much worse (Musk despises Biden, Biden despises Tesla) than it was with President Trump (the latter Musk unofficially supported until now). But now he is trying to build a new political force — neither democratic nor republican, but a third one — let’s call it Musk’s favorite letter “X”.

Musk is a representative of the techno-oligarchy. Over the past decade, this force has grown to such a scale that it began to compete with traditional political parties in the United States and even with the American state itself. Techno-billionaires are neither democrats nor conservatives. Rather, they are anarcho-capitalists or libertarians: they see the federal government as inefficient and outdated, bureaucrats as slow and stupid, and the state itself as the largest corporation with a monopoly on violence and poor resource management skills.

Musk’s tweets about Ukraine (first and second) can also be considered an attempt to show his position as an international politician. First, he proposed to give Crimea to Russia and hold referendums in the occupied parts of the Luhansk and Donetsk republics under the supervision of the UN to find out what their residents really want. When this proposal was not supported by his readers, he reformulated the thesis and proposed to hold a referendum in Crimea as well — which was already approved by more than half of his audience.

In terms of Ukrainian-Russian relations, this position is read as exclusively pro-Russian. And in the American discourse, it primarily defends the interests of transnational corporations: they do not care how the war in Ukraine ends — as long as it ends as soon as possible. The main interest of techno-billionaires is that the active phase of the war stops, markets stabilize and investments can be made in a safer environment. Moreover, now Ukraine has become an extremely attractive market for tech business — but not everyone is ready to risk coming here during the regular terrorist attacks of the aggressor (Zaborona wrote about the possible future of tech business in Ukraine here).

This is not the first time that a techno-oligarch is trying to join big politics — before Musk, Mark Zuckerberg had already tried to go this way from Silicon Valley to the City on a Hill (Washington). It is his company Facebook that is associated with the odious Brexit (Britain’s exit from the EU) and Donald Trump’s victory in the 2016 elections. But Zuckerberg underestimated the complexity and consequences of his political decisions. The dark episodes of his political career seem to have frightened many in the US government — we are talking about Facebook’s role in the Rohingya genocide in Myanmar. Zuckerberg refused to fully moderate Facebook in Myanmar, which is why the network was flooded with calls for the murder of Rohingya Muslims and the organization of mass pogroms — as a result, hundreds of people died, and tens of thousands emigrated.

The main benefit of Elon Musk from the statements about the territorial integrity of Ukraine and the pseudo-referendums that outraged us is purely political: his “Party X” seeks to dissociate itself from the two classic American parties and clearly stand out for the American voter as “something completely different”. The call to end the war as soon as possible on terms favorable to Russia coincides with the position of some Republicans and Donald Trump, who entered the 2024 election race. And real assistance to the Ukrainian side in the war is in line with the position of the democratic Office of the President. In the election race, such a “centrist” strategy allows you to gather more doubters around you and bypass the more radical representatives of both parties.

As Elon Musk continues his journey into politics over the next two years and tries to stay between the “reds” (Republicans) and the “blues” (Democrats), I would not be surprised if he continues to help democracies and revolutions while tweeting subversive ideas that rival Trump’s in outrageousness. And we — the society, which now participates in big international politics — should treat it exclusively in a businesslike manner.

In addition, it is important to realize that Elon Musk is a new type of political personality that we should take a closer look at and get used to. A typical public politician makes a career on communication and sympathy of people, on attractive rhetoric and encouraging promises (which he is not necessarily going to fulfill). Techno-billionaire Musk is a geek engineer who has made a career on completely different principles (although he is also good with promises, we must admit).

Musk is a recognized meme guru and public troll. But he is still not very good with cunning and confusing communication. He seriously complains that his teenage daughter was turned away from him by communists. His joke “I’ll sell shares at $420” caused the value of his company’s shares to plummet, and the government accused him of fraud and speculation (and was probably right). And after Musk smoked cannabis on Joe Rogan’s podcast, the government ordered him and the entire SpaceX team to take random tests for various drugs for a year.

We are too used to politicians saying what we like and what we want to hear, but then doing things their own way. Perhaps it is better to learn to get used to people who do what helps us and say what they really think.