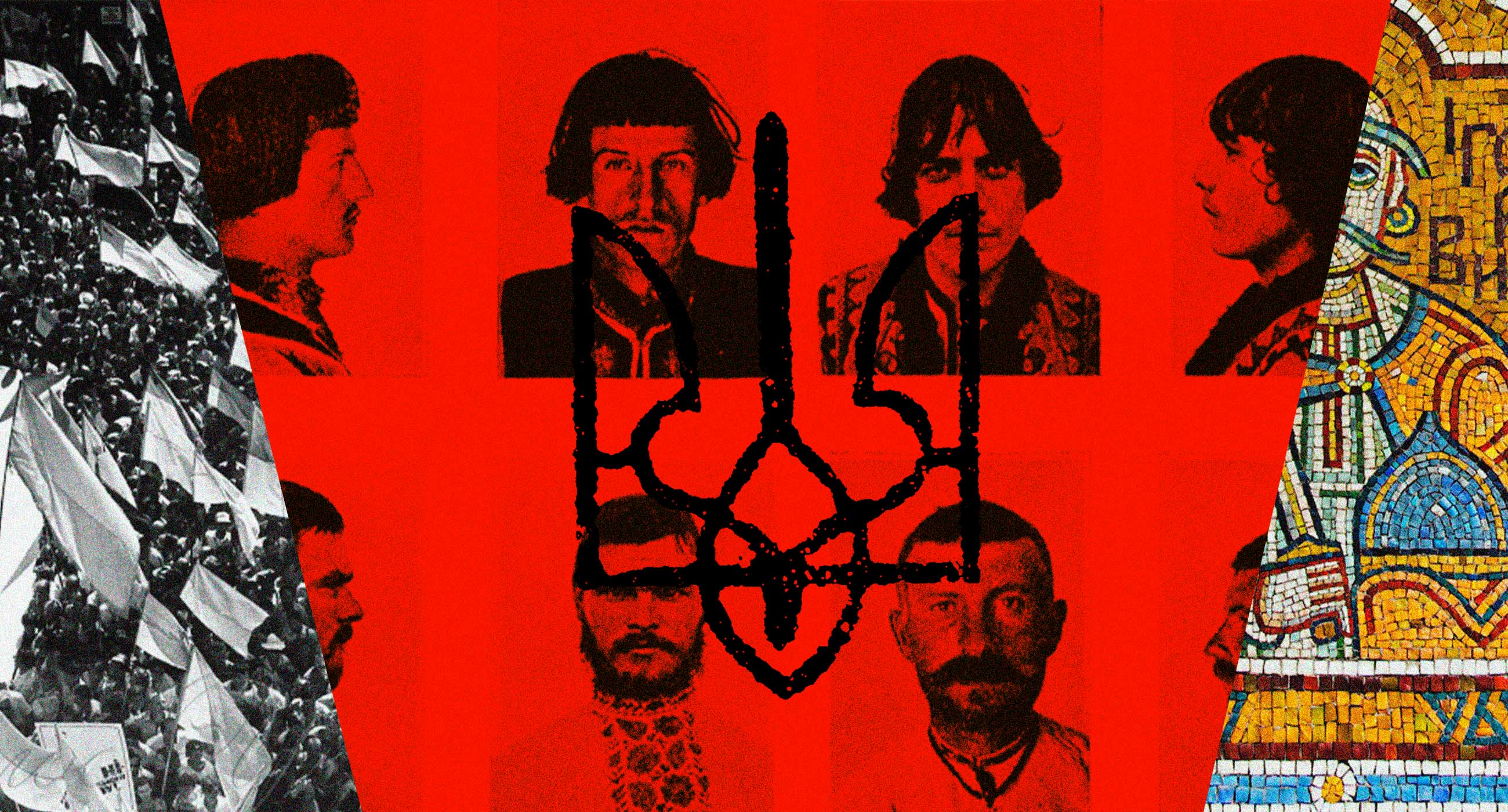 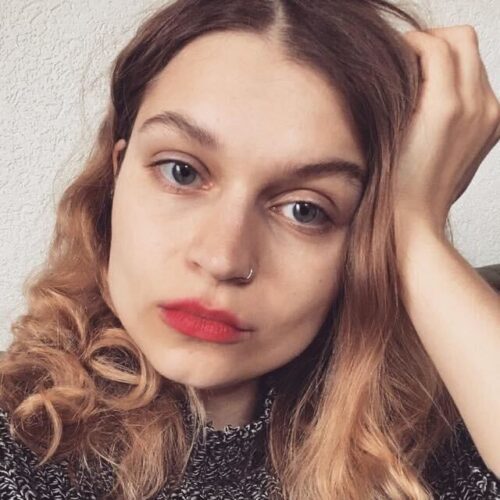 The Russian political class and media constantly appeal to imperial and messianic arguments, as if the main goal of the war is to protect Ukrainians from the influence of the West. Nothing fundamentally new: this was the case two centuries ago. Zaborona asked scholar Hanna Perekhoda to analyze from a decolonial perspective why modern Russians still think in imperial categories, why the West is both a role model and a major enemy for Russia, and how this enmity has affected Ukrainians.

Russia joined the Western club of great powers quite late, in the 18th century, so its elites felt that by European norms and standards, their state was not quite complete. During this period, Europe was undergoing a modernizing transformation, and Russia’s aspirations for great power status were increasingly at odds with the realities of an economically backward empire. In part, Russia cannot be denied a self-reflective and self-directed view: the political class understood that the country was perceived by others as an under- or semi-Western empire; it became a subject and an object of Orientalist discourse at the same time.

For Russia, the West was (and still is) the only significant Other. The view of the West is what troubled Russian elites, whose identity was shaped by the process of comparing themselves to the West. The gap in the difference between Russia and its archrival (and at the same time the object of desire) led to a compensatory strategy: one should not imitate the West, but insist on a “special way” and build a separate “civilization”.

Beyond the awkward position between the imaginary “west” and “east,” the geography of the Russian Empire presented another problem. The peoples conquered by the Russians were not simply eastern “savages.” In the seventeenth and eighteenth centuries, Russia conquered nations that were closer to the West than the Russians themselves. The same practices of colonial orientalization that the Russians used on the “foreigners” of Siberia, the Caucasus, and Central Asia could not be applied to them. It was necessary to invent a special set of discourses and practices that would allow us to claim civilizational superiority not only over “natives,” but also over Western nations. Above all, it was necessary to cultivate those traits that distinguished them from the West by insisting on what related them to Russians. Russification was aimed primarily at Russia’s Western subalterns, the Ukrainians, and Belarusians.

What conclusions can be drawn from this brief historical excursus?

1) In the nineteenth century Ukraine was one of the spaces in which Russians defined the boundary between their own and others, between “self” and “other.” This century was a period of the formation of Russian identity and Ukraine became a component of “Russianness”. Ukraine was a cornerstone of the project of the Russian Empire: Russia began to perceive itself as a real empire only when it extended its control over the territories where present-day Ukraine is today.

For the Russian imperial elite, the nation was incomplete without Ukrainians within it. Ukrainians were not only supposed to serve as a bulwark against Western influence, but without them, it would have been impossible to create a “triune Russian nation,” an imperial state-forming nation that could effectively subjugate the empire’s less loyal subalterns — non-Slavs and, especially, Muslims. The philosopher Peter Struve expressed this idea most honestly in 1912, stating that “if the intelligentsia’s ‘Ukrainian’ thought strikes the people’s soil and ignites it with its ‘Ukrainianism,’ it will be nothing less than the greatest and most unheard-of split in the Russian nation.”

2) Russians, like other “imperial nations,” formed a self-perception in connection with the idea of the country as a great power. To be a resident of great power is to be Russian. A component of this identity is messianism: every great power should have a great mission, such as an expansionary project.

The messianic narrative is a defensive reaction of a state that has failed to modernize itself and resemble the role model of the West. Today, imperial nostalgia and messianism help ordinary people to compensate for their sense of integral identity and sense of historical continuity. In relations with “the West,” those who consider themselves “Russian” are primarily concerned about ontological security, that is, the possible loss of identity, part of which is the perception of Russia as a great power.

Without a non-imperial and non-messianic answer to the question “who am I?” it is impossible to begin to see the world otherwise than as full of enemies. If part of your identity is the mission to be responsible for all the peoples of the imperial space, then when the peoples you have colonized try to distance themselves from you, this cannot be interpreted other than as a conspiracy of enemies. If part of identity is the mission to bring the “right” civilization into the world (the Russian mission has already taken the form of Orthodoxy, Marxism-Leninism, and now traditional values), then anyone who does not share these values is a Russophobe.

4) There is a historical cyclicality. Every time Russia faces a state crisis — in 1917, in 1991, and partly today — it is the Ukrainians who become the main problem for the Russians, who begin to fight for independence. Ukrainian independence becomes a matter of life and death for Russia itself. Faced with the real success of Ukrainian society in building a separate state, “Russian” elites watch their world crumble.

For the imperial self-consciousness of “Russians,” “non-Russians” living in the space that Russia considers its own are not subjects capable of taking responsibility for their lives. Hence the fear that after the secession, Chechnya will become an “Islamic State,” Tatarstan will be ethnically cleansed, the Chinese will live in Siberia, and the entire Russian territory will become a war field. The only people who protect the “natives” from their “eastern barbarism” are the civilized Russians, who sacrifice themselves for the stability of a multi-ethnic state. The denial of subaltern agentivity is the key factor that led Putin to his “SWO” miscalculation and will ultimately be the cause of his defeat in the war. The Russian intelligentsia, both pro- and anti-war, both pro-Putin and anti-Putin, suffers from the same imperial blindness. Talking about the war without mentioning the Ukrainians? Easy. Discuss the future of Russia only with ethnic Russians? Of course! The voices of subalterns, whether citizens of states that Russia considers its sphere of influence or ethnic minorities within Russia, don’t get on their radar.

The bad news for Ukrainians is that the Russians will not disappear anywhere. Ukraine will have to coexist with the Russians one way or another, so it’s in our interest that they build a non-aggressive country and develop a non-Messianic and non-imperial vision. Right now, many Ukrainians cannot find the strength and desire to have anything in common with the Russians and speak even to those who are against Putin. But perhaps some are more physically and emotionally detached from the horrors of war and can find the strength to continue to tell the Russians “what is wrong with them”.

There is a community in Ukraine right now that could become, in my opinion, a role model for Russians. They are Russian-speaking Ukrainians who grew up partly in the same imperial Russian discourse but have had access to other narratives — the decolonial practices of Ukrainian culture, poetry, literature, and history. Even before the war, many Russian speakers made a conscious political choice not to be part of imperial culture, but to be part of Ukrainian postcolonial culture, unknown to anyone yet, but carrying within it the ideal of liberation. The war also pushed those Russian speakers who had not made a conscious choice in favor of Ukraine before, to make an uncompromising choice in favor of Ukrainian identity. These Ukrainians could tell Russians, in their language, how to build a political community of solidarity, what the institution of citizenship means, and how to live without empire. Ukrainians could use the Russian language, which is not the property of the Russians, much less Putin, to create a radically decolonial and emancipatory culture in it.