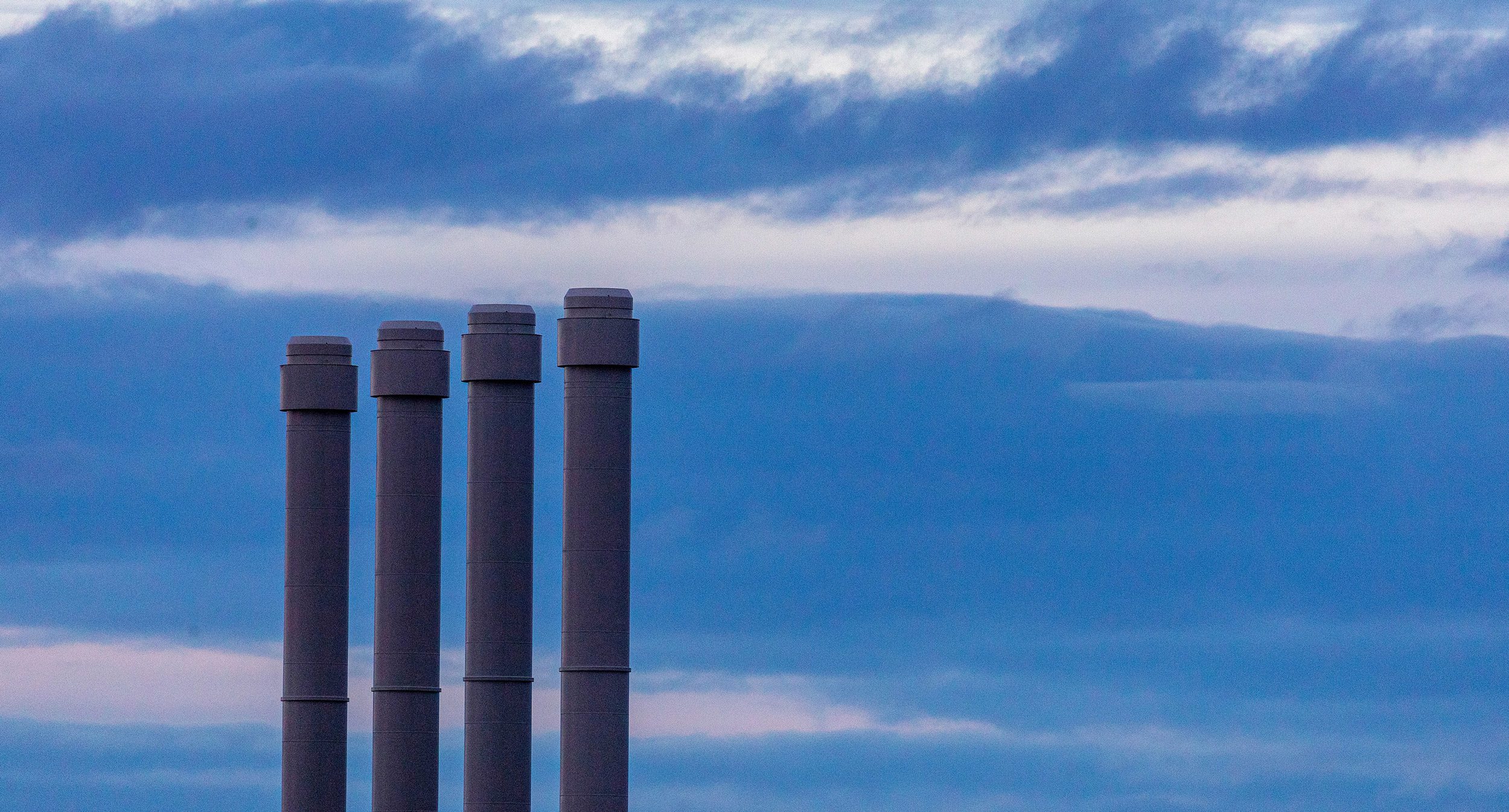 A full-scale invasion of Ukraine has resulted in the global condemnation of Russia and a number of packages of economic sanctions. Serious restrictions on the Russian economy and the arrest of billions of dollars of Russians around the world were aimed at forcing Russia to stop the war. But neither the sharp decline of the aggressor’s economy nor a significant collapse of the ruble happened. Moreover, it may seem that the economic situation in Russia is almost better than before the war. Oleksandr Humenyuk, the head of Zaborona investigation department, together with Western and Ukrainian economists, found out what is really going on in the Russian economy and whether everything is really so good there (spoiler – it isn’t).

What sanctions have been imposed on Russia?

Since the beginning of the new phase of the Russian war against Ukraine, the West and other countries have imposed sanctions in so-called packages, which provided for a number of comprehensive measures. Immediately after the invasion, Berlin suspended the certification of Nord Stream 2, which was to supply Russian gas directly to Germany. The operation of the pipeline would put Ukraine in a dangerous position in terms of the need to use Ukrainian transit of Russian gas to Europe.

Subsequently, a second, even more serious package of economic sanctions was introduced. Western partners massively began to add to the sanctions lists all Russians, at least once involved in the current ruling regime of the Russian Federation. The leaders of the state, such as Putin and Lavrov, were also mentioned.

Russian civil aviation has also come under severe sanctions. Russian airlines have been banned from flying to most Western countries. Also, Russian civil aviation was limited in the maintenance and repair of Western aircraft (Boeing, Airbus), which were in the fleet of Russian airlines – the European Union banned the supply of spare parts and other equipment. In addition, a number of countries have banned the import of high-tech products to Russia. Financial sanctions have also been tightened, with more and more Russian banks facing restrictions and Russian assets in European and American banks freezing en masse. In addition, the sanctions targeted all Russian defense companies that are somehow involved in the manufacture of military products.

On February 26, 2022, the third package of sanctions was announced, the main component of which was the freezing of the Russian Central Bank reserves in the banks of the G7. In addition, five Russian banks – VTB, Otkrytie, Novikombank, Sovkombank, and Promsvyazbank – have been disconnected from the SWIFT system. At the same time, many European countries began to abolish the right to provide Russians with “golden visas”. They are intended for people who, after a one-time large investment in one of the EU countries, can freely stay in the EU.

Subsequently, several more packages of economic sanctions were adopted, mainly broadening and deepening the previously imposed restrictions. The only exception was the embargo on Russian coal supplies to the EU. However, it was postponed until August 2022. Reuters noted that the postponement of the coal embargo was promoted by Germany.

Why is Russia’s economy still holding on?

The state of the economy is largely assessed by determining the exchange rate of the national currency against the euro or the US dollar. Before the war, the exchange rate of the Russian ruble against the dollar ranged from 90 rubles. But after February 24, it weakened slightly and at one point amounted to more than 130 rubles per dollar. However, later the situation stabilized, and today the official exchange rate is about 100 rubles for the US currency, which is not much more than in the pre-war period.

So it turns out that anti-Russian sanctions don’t work? No, rather Russia is trying to convince the world of this, while in reality it really suffers from restrictions. This is how Tetiana Deryugina, an associate professor of finance at the University of Illinois, explains: “It is very important for Russia that people think that sanctions do not work. Russia hopes that the collective West will surrender and will no longer impose sanctions, that Russian citizens will not protest either, and that sanctions will not be painful for them. That is why the Russian government is trying to do everything to show that sanctions do not work.”

Instead, the secret to the stability of the ruble is the diverse support of the Central Bank of Russia.

First, Russian companies that make a profit in foreign currency are obliged to exchange 80% immediately for rubles. This strengthens the Russian ruble and prevents it from falling.

Second, sanctions against Russia limit the country’s import capabilities. That is, now it is difficult for Russians to buy a variety of technological or food products abroad. This means that there are fewer and fewer places where Russia could spend its accumulated foreign currency, which also helps to restrain the exchange rate.

Third is, of course, oil and gas exports. No wonder Volodymyr Zelensky and other Ukrainian officials are constantly insisting and asking Europe to impose an energy embargo on Russia. According to the head of the Center for Economic Strategy Glib Vyshlinsky, 40% of all cash flow received by Russia comes from oil exports. Tetiana Deryugina puts the figure at 800 million euros a day just for oil and gas exports. According to The Guardian, Russia’s revenue from gas, oil, and coal exports over the past two months is about 62 billion euros.

“Accordingly, Russia continues to receive a lot of foreign currency but has fewer opportunities to spend it due to restrictions on the supply of certain categories of goods to Russia, due to reluctance of certain logistics operators to work with Russia, due to the exit of many companies operating on the consumer market and importing something to Russia,” Glib Vyshlinsky notes in a conversation with Zaborona.

What awaits Russia’s economy in the future?

Despite Russia’s ability to keep the ruble exchange rate and the economy relatively stable, the invaders will not be able to constantly contain the situation. According to Glib Vyshlinsky, even if the energy embargo against Russia is not imposed, Russia’s economy will continue to fall. However, in this case, we should not expect a sharp collapse of the entire economic system – it would rather be a slow but sure decline in all sectors of the economy.

“Today, Russia has large enough reserves. But these reserves will run out. That is, even if we do not add new sanctions, Russia’s situation will continue to deteriorate,“ adds Tetiana Deryugina. “Of course, they will be able to start producing something on their own, but it will take time. It should also be borne in mind that Russia does not have such expertise as the West, for example, for technological things. Therefore, over time, the effect will be more noticeable”.

If we imagine that Europe will finally make a collective decision and impose an energy embargo on Russia, the fall of the economy and its contraction can go according to a much faster scenario.

“Russia’s economy is very dependent on gas and oil. If an embargo were imposed now, Russia could sell some of its oil to China or India, but not all the volume. In addition, they would have to significantly reduce oil prices,” says Tetiana Deryugina. “As for gas, the issue is even more difficult. It is difficult to transport it, so if Europe stopped importing Russian gas now, Russia would be unable to do anything about it. And Russia’s income would be reduced by $ 800 million a day. They certainly would not be able to pay off their public debt without this money, and it would have a powerful effect on Russia’s economy.”

Glib Vyshlinsky has a similar opinion: “In this case, we can expect serious reductions in Russian budget revenues and significant reductions in the revenues of state-owned companies. In three or four months this will start to create problems even for the Russian budget to meet its obligations under current payments. They may be using internal borrowing to compensate for budget losses, but it is clear that in this situation, Putin will have to think about ending the war soon. ”