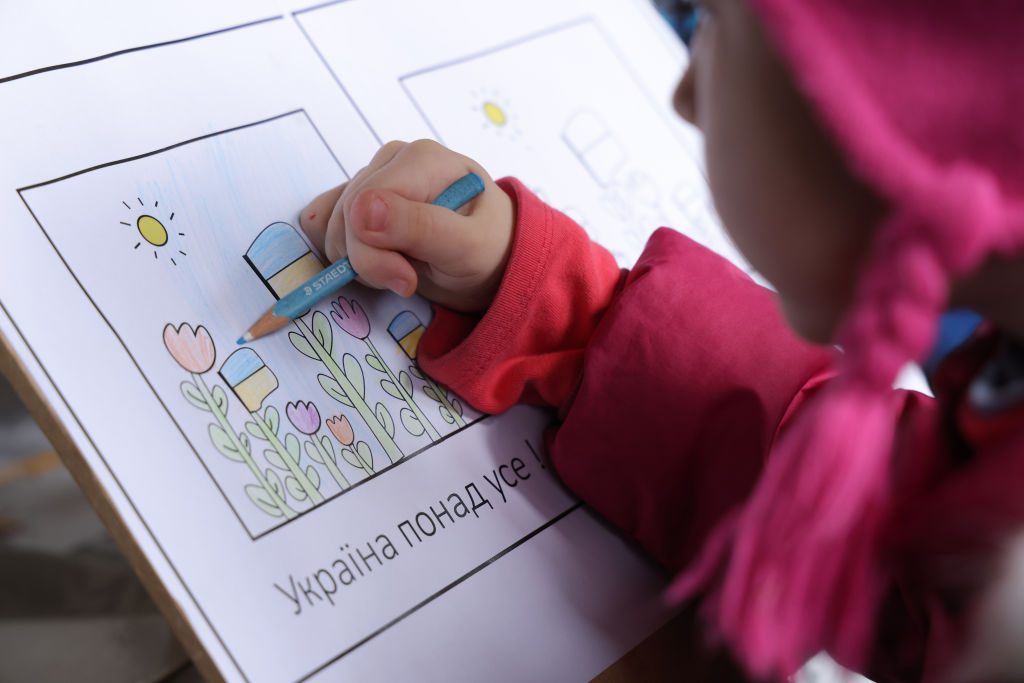 Tens of thousands of Ukrainians fleeing the increasingly brutal Russian war in Ukraine have found refuge in Berlin. Photo by Sean Gallup/Getty Images

The family of 84-year-old Valentin Platov was living in the village of Stepove in Zaporizhia region when the Russian occupiers came with the shelling. After a month without water and gas the grandfather decided to transport the family — along with three small children — and got to Ivano-Frankivsk.

Zaborona tells the story of the rescue of the Platov family, who escaped the enemy’s fire.

They left at the last moment: the story of rescuing the Platov family

The Russians kept shelling the village of Stepove, where 84-year-old Valentin Platov lived with his family among three young children. Later they ran out of food and medicine. The family lived without electricity and gas for a month, according to the Ministry of Internal Affairs of Ukraine.

The  grandfather decided to save the family and took her out of the Zaporizhia region in western Ukraine on his own. As it turned out, they managed to leave at the last moment: two days later, an enemy shell destroyed the Platovs’ house.

Earlier Zaborona told the amazing story of rescuing a Ukrainian defender who spent two days with a bullet in his heart making his way through the woods to the nearest village.