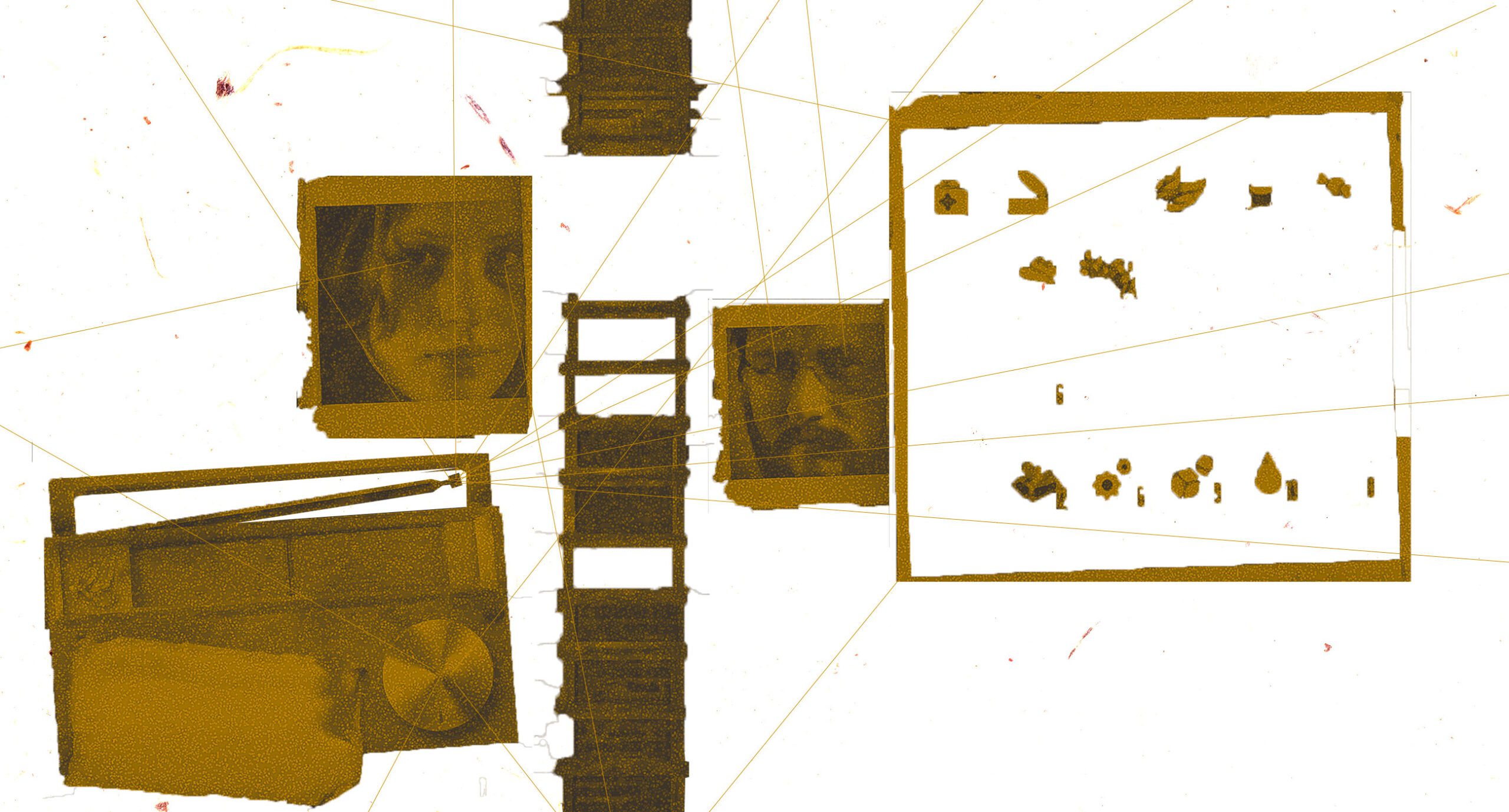 Collage: Kateryna Kruglyk / Zaborona. Photo: This War of Mine

The game about surviving a siege during the war, This War of Mine, was included in the school curriculum in Poland. Zaborona editor Daniel Lekhovitser beat it in mid-March and explains why it’s the only game he’s allowed himself to play during the war, and why it gives a realistic view of what it’s like to be a civilian in a military conflict.

The war, at least for me, changed and continues to change the strictness of domestic censorship. Is it ethical to read a novel about anything but war? Is it okay to keep watching Netflix’s primetime series when the movies that seem relevant right now are documentaries about the Holocaust and the wars in Africa or Europe? Is it ethical to play a shooter that has nothing to do with real war? Only disasters and human suffering have become the hard currency that matters.

Before the war, I was a game critic: I spent about 25-30 hours a week playing video games. Among players, there is a concept of game impotence — a state when the player loses interest in the game process. I felt something vaguely similar: I didn’t want to start a video game at all, that perfect invention of escapism that transports you from air raid alert to another world. It seemed unethical, unfair. It’s kind of embarrassing to admit it: habits die hard, so in mid-spring, I tried to find a compromise — to choose a game that would seem to me an acceptable wartime experience. “Acceptable” means a game that you want to turn off after an hour and not go through it again.

This War of Mine is a war game, but, at least in my memory, it’s about the only one that focuses on civilians. Eastern European setting, a siege of a city reminiscent of Sarajevo, surrounded by the military from 1992 to 1996, a large shell-damaged house and a group of residents with familiar names: Pavlo, Katia, Marko, Iryna, Borys. Characters who take shelter from shelling in a house have indicators of psychological and physical condition. Almost always every hero feels “tired”, “very tired”, “hungry”, “very hungry”, “sick”, and “very sick” – this is a gradation of exhaustion that does not have indicators like “normal” or “full of hope”.

The game has two modes that are determined by the time of day. During the day, the heroes must eat, sleep, grow vegetables, set traps for small animals, patch the roof and walls, and build ascetic furniture — bed and chairs made from boxes — so that everyone can rest. And in the evening, when snipers won’t see you, you have to look for provisions and building materials. You need water and wood to cook food. To have enough water, you need to make a filter for rainwater, and for this, you need to find a lot of materials. Everything is permeated with this primitive life: for a radio receiver, thanks to which you will know where in the city it is dangerous and where it is relatively quiet, you need details; the necessary components for the furnace must be sought in a dangerous place. This War of Mine is built in such a way that you absolutely need some things to survive, but finding them means risking your life every night.

Only one character per day can search for provisions at night. The places that can be searched have different degrees of danger: the ruins, where there are ordinary bricks, are usually not guarded by anyone, a dilapidated store with a lot of food has been occupied by armed civilians, and a hospital with medicines has fallen under the rule of the military, who forbids taking medicine. This War of Mine is built in such a way that the player is always pushed to steal, hide in the dark, and sneak silently behind the backs of armed men. Sooner or later you will make your own weapon and go take what is not yours.

This War of Mine is a simulator of human vulnerability; a game where there are no right or wrong decisions. This is a post-apocalyptic space where a person is defined not by ethics, but by the need for resources. Heroes have to pick up, steal, and maybe kill (although this can be prevented by learning how to hide). And also to die of hunger, disease, enemy bullets, depression, and suicide.

In the Call of Duty games, after your hero is killed, an insert appears with quotes from famous military figures — General Douglas MacArthur, Sun Tzu, and others. As a rule, these are patriotic truisms about heroism and the honor of death in battle. This War of Mine opens with another, brutal quote from Ernest Hemingway’s essay Notes On The Next War: “In a modern war, you’ll die like a dog for no good reason.” It’s an important watershed between the way these two games see war: as an adrenaline-fueled hyperactive carousel with a shooting range and mannequins, and as a grimy realism of unwashed laundry, depression, and degradation. Call of Duty is realistic only in the depiction of weapons, military tactics, and methods. This War of Mine, in turn, is a document about the state of the body and mind, a very psychotic, physiological game.

The developers, the Polish 11 bit studios, asked important questions: how correct is the glorification of war; and whether a game, at least one based on real military conflicts, can have the so-called fan factor – fandom and adrenaline courage. Regarding this, you can hear compliments about This War of Mine that are not very pleasant for a video game: you want to turn it off, never to return to it, but, feeling a masochistic reflex, you keep running it.

I’ve always felt that as a reader/viewer I feel for the character but don’t experience it. A video game allows me to change identities — to be someone I physically cannot be: a woman, a child, an animal, a mutant, an alien, even a thing. In the same way, I can at least relatively go through the emotional state of my hero and witness events that I could not possibly witness. Some disaster historians call this co-witnessing—the state of inhabiting an emotion through interaction with a thoroughly documented tragic history. This is how new generations shudder when watching documentaries about the Holocaust or other stories of violence.

I was attracted to the idea of ​​a video game as an empathy machine. Thanks to the artificial mechanisms of game design, I feel certain not always positive emotions: loneliness in the post-apocalyptic landscapes of Death Stranding, rage in the game about the Armenian genocide – Mayrig, and sympathy for the heroes of This War of Mine. Cybersociologist Josh Constine wrote about how he came across several unusual VR projects: a terrorist attack simulator in Syria, where the player takes on the role of a person who falls into an explosive zone, and a rape simulator. Constine described how his virtual experience turned into a psychological one: he felt disgust, nausea, and fear. In this sense, This War of Mine is a residence of helplessness, numbness, insecurity, and one’s own diminutiveness.

We see the house and the characters from the side, in a cut, as if in a doll’s house. More precisely, as if in a glass ant farm, because the heroes resemble insects rather than people. They never talk to each other, they lose their subjectivity, everyone messes around like a drone in junk and dirt, and their physiological needs prevail over ethical ones. The transformation into an insect is an artificial process. On April 24, 1943, SS Reichsführer Heinrich Himmler compared Jews to lice in his lecture to the SS in Nazi-occupied Kharkiv. This War of Mine, based on the Balkan scenario of genocidal wars, conveys exactly this forced metamorphosis and “insect-likeness” of a person subjected to systematic violence.

And yet, even in this game, there is room for the last outpost of humanism. Where you can share food leftovers and risk your life but find medicine to help your fellow man, the insect turns into a human.