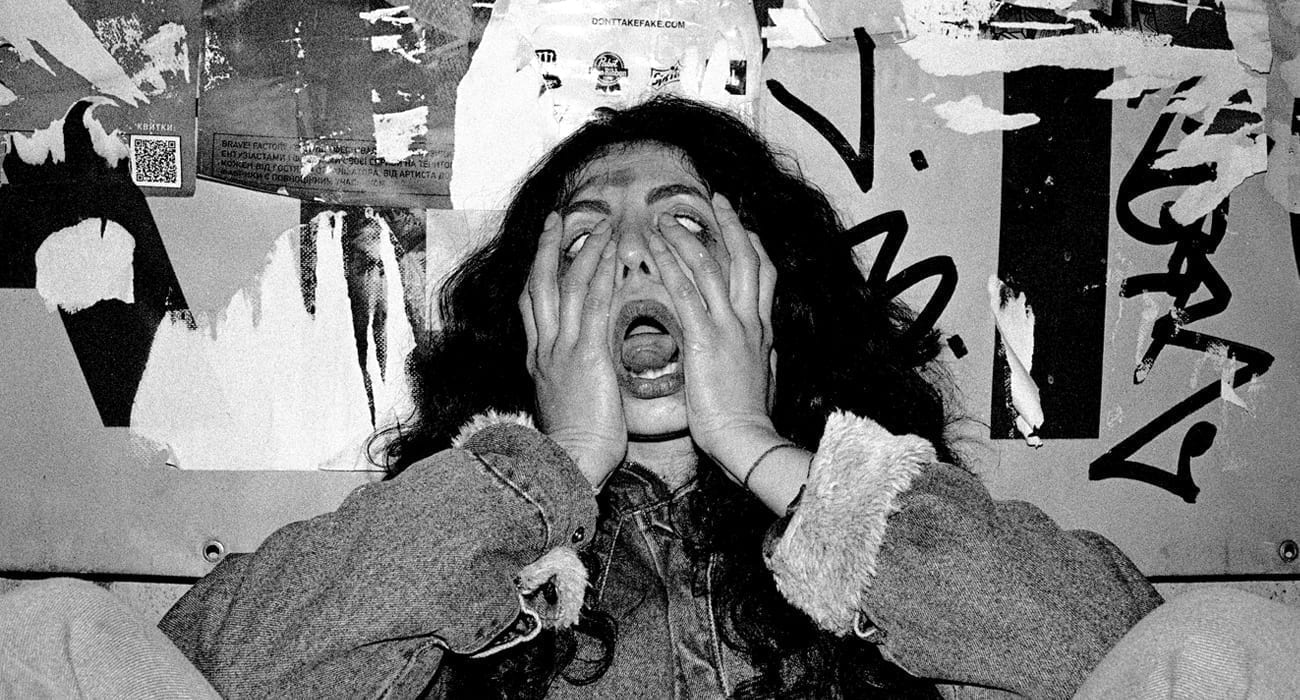 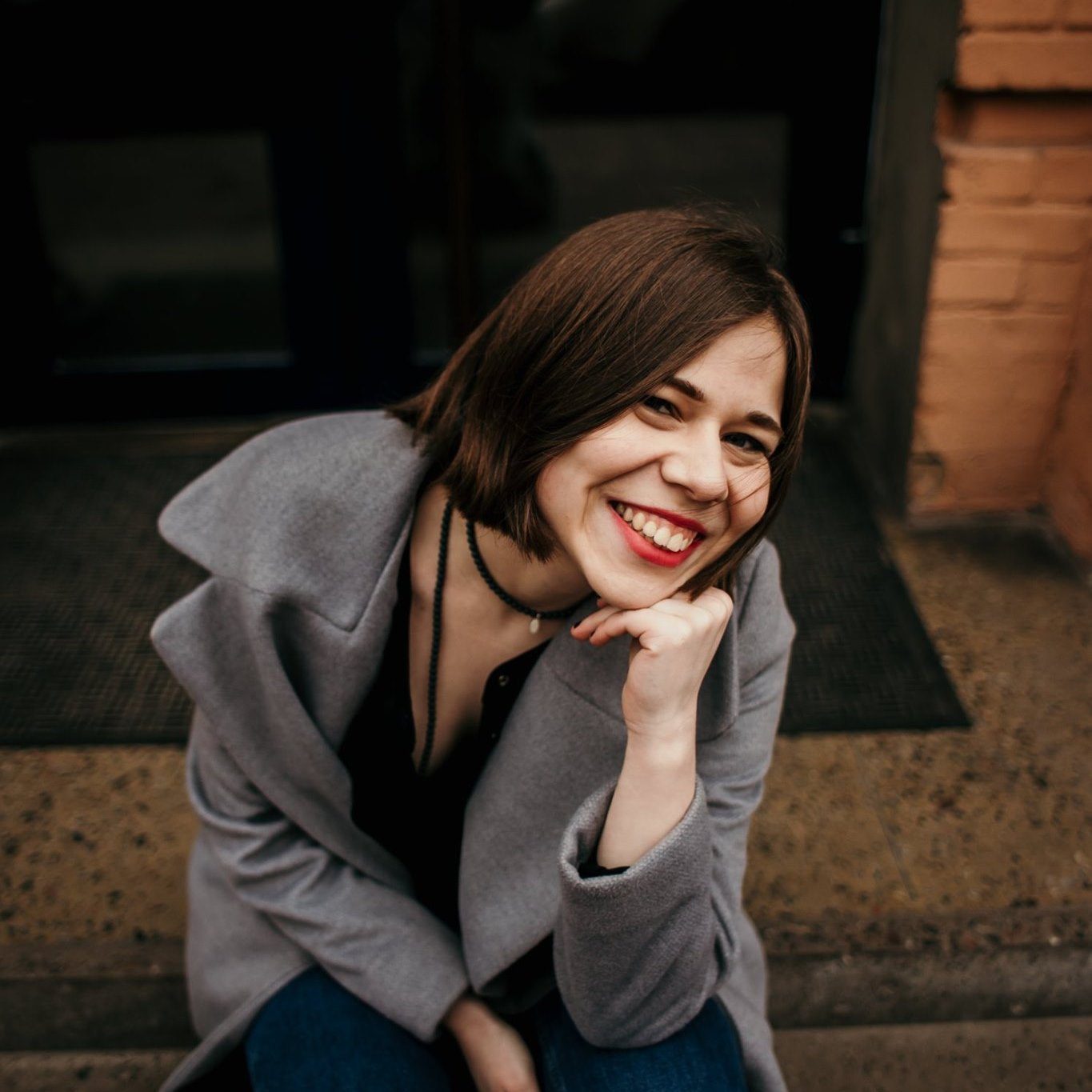 “Why is the Ministry of Culture funding the exhibition ‘Knife in the cunt’?” This headline, which was spread by Polish right-wing organizations in the media and social networks, made AntiGonna known to all of Białystok, if not all of Poland. There, in September this year, the Arsenal Gallery opened the exhibition “Fear” about violence and various painful topics in modern society. Ukrainian artist Mykyta Kadan is a co-curator, and the gallery itself often collaborates with Ukrainian artists and organizes exhibitions dedicated to far-right violence.

Polish conservatives were outraged by the way Andriy Boyko, a collaborator with AntiGonna (and also a photographer for Zaborona), portrayed the artist with a knife in her vagina. The “Knife in the Cunt” manifesto was added to the photos. Conservatives have accused AntiGonna of promoting violence. And although the scandal began a month ago, they are still talking about it and protesting in front of the gallery. The Ministry of Culture of Poland asked to remove its logo from the visual materials of the exhibition.

The role of empathy

The photo in which AntiGonna inserts a knife into her vagina embodies the artist’s overall work. That is, the image symbolizes the fact that we often commit violence against ourselves without even realizing it.

“In both horror and other works, I wanted to convey that the body should not be so important in our society, culture, relationships,” says AntiGonna. “It is often through bodies and outer shells that violence occurs.” In the artist’s work you can see that the body turns into something disgusting, so that you stop paying attention to it. So, AntiGonna is often accused of promoting violence.

“But how is this possible if I myself am a victim and have experienced it?” she asks. “In 2012, I was raped in Odesa. I reported it to the police, and everything was proven, the accused was found, but the case did not move forward in any way. It seems that they just did not want to do anything about it. The case remained open. My offenders were not punished. I am often told that I support violence, but actually I demonstrate it. I show what happens in real life.”

The artist emphasizes how often victims of violence do not recognize themselves as such. They normalize the situation in their head, dissociate from it or believe that they are to blame for what happened. And sometimes they even commit violence against others.

Violence as a part of life

“The people who will see my work are adults,” she says. “That is, they must first make the conscious decision to visit the art exhibition. In the gallery itself, they become uncomfortable. They feel emotions in themselves: violence is bad, it is death, it is the destruction of body and personality, pain, trauma. Yes, my video is theatrical, but it has no aesthetic beauty. “

The female body on the screen

Oksana Kazmina is shooting a documentary called “Underwater” about the artist. Kazmina, according to AntiGonna, knows her best of all. Underwater is a trilogy about violence; the traumatic experience of AntiGonna, Kazmina and other artists.

“The female body on the screen has almost always been sexualized, fetishized, and the film is hierarchical in itself – it has a distribution of roles, everything is subordinated to the director, and so on,” says Kazmina. “I’m interested in turning the movie into a ‘network’, so this film turns into an art project: I become the fourth heroine and direct the camera at myself. “

“She works with video as a plastic material, she uses it to create emotion, often this emotion is fear. It is the main task of her work to evoke emotion, and not to create a specific narrative,” she explains.

AntiGonna was inspired by the text of Mykyta Kadan and made a film about him; in the film the artist cuts his face and body, injures himself. Then he goes to the club in a woman’s dress – a place where there seems to be complete freedom and mutual understanding. But the hero faces violence here as well – he watches and feels it. “I was deeply impressed by Mykyta’s story because I don’t like injustice. It must always be punished, and when that doesn’t happen, it thrives. I’m not a policeman or a judge – and I can only change something with my work,” says the artist.

“Once after a film shoot I was asked: AntiGonna, aren’t you ashamed at all? I replied that of course I was ashamed. But as long as I am ashamed in silence, I will not accomplish anything and will not open up in any way.”