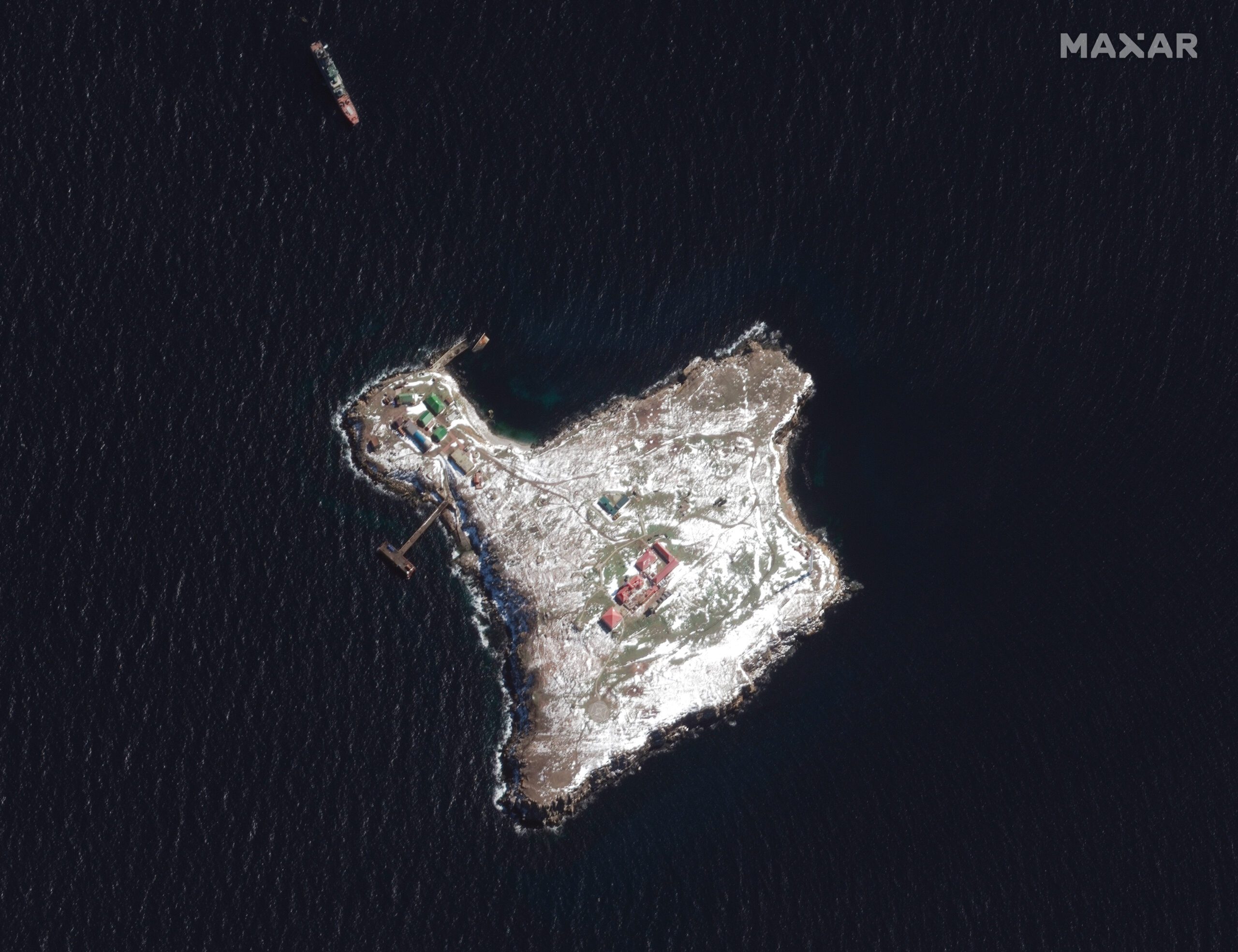 The Central Intelligence Agency of the Ministry of Defense of Ukraine is convinced that control over Zmiinyi Island can give a significant advantage in the war to both our state and the enemy. Whoever controls the island will dominate the northwestern Black Sea.

Zaborona details the importance of the island in the war with the occupiers.

Strategic Importance of Zmiinyi Island: Explanation of the Head of DI of Ukraine

The Black Sea Zmiinyi Island allows controlling the surface and partly air situation in the south of our country, so Ukrainian defenders will fight for it, said the head of the Main Intelligence Directorate of the Ministry of Defense of Ukraine (DI of Ukraine) Major General Kirill Budanov.

«Ukraine will fight for Snake Island as much as necessary», — said the head of the DI.

According to him, the island is of strategic importance for both Ukraine and Russia. It is special for the enemy too because it is the only region through which the rashists can try to land on the territory of the occupied Transnistrian region of Moldova.

«Anyone who controls the island can block the movement of civilian ships in all directions to the south of Ukraine at any time, from which they can attack the western part of Ukraine», — Budanov said.

This was confirmed by the Deputy Chief of the Main Operations Department of the General Staff of the Armed Forces of Ukraine, Brigadier General Oleksiy Gromov. He explained, that the island is one of the key nodes of our territory and keeping it under control will provide an opportunity to resist Russian troops in blocking the Odessa port hub.

«If Russia strengthens its position on Snake Island with cruise missiles, air defenses and coastal defenses, it could dominate the northwestern Black Sea», — the British intelligence report said.

Zmiinyi Island is a rocky piece of land in the middle of the Black Sea, 615 meters long and 560 meters wide. It was the territory of Romania until it was handed over to the Soviet Union in 1948. Then it began to be used as a radar base. Ukraine gained control of the island after the collapse of the Soviet Union, but Romania continued to claim its territory. In 2009, the UN International Court of Justice ruled that Romania owned almost 80% of the Black Sea continental shelf, but the island itself remained part of Ukraine and delineated its territorial waters

On February 24, 2022, two Russian warships approached Snake Island, one of which was the flagship of the Russian Navy, the cruiser Moscow. Soldiers of the Izmail Border Detachment serving on the island were required to surrender. It was then that the phrase sounded, which became a real slogan for Ukraine in the war with the occupiers: «Russian warship, go f*ck yourself».

Thereafter, the Russian military fired on the territory from the ship’s weapons and combat aircraft. Communication with Ukrainian defenders was lost, they were considered dead.

On February 26, the occupiers seized the Sapphire civilian rescue ship near the island, which was sent to rescue border guards and marines.

On February 28, it became known that 13 Ukrainian defenders were alive and in captivity.

*Almost from the first days of full-scale war, Zmiinyi Island was captured.

On March 24, Ukraine exchanged prisoners from Russia and released 19 sailors and 10 servicemen, including Zmiinyi’s defenders.

On April 13, the Ukrainian military struck the Moscow cruiser Neptune with missiles, sinking it, which was a turning point in the battles for Zmiinyi, because without the support of a warship, Russian supply ships became virtually defenseless.

On April 27, the Armed Forces of Ukraine struck at enemy positions on the island. The enemy control point was damaged and the SA-13 Gopher anti-aircraft missile system was destroyed.

On May 1, an intensification of enemy naval forces was recorded. The enemy tried to evacuate and replenish the personnel of its units on the island.

On May 3, Ukrainian soldiers struck Bayraktar drones and destroyed an enemy command post.

On May 7, an air battle took place, the enemy suffered losses, both in the island forces and in naval vessels.

On May 11, British intelligence reported that fighting was continuing on Zmiinyi Island. Russia has repeatedly tried to strengthen its open garrison located there, but Ukraine has successfully struck at Russia’s air defenses and occupiers’ supply ships.

On May 13, Vadym Skibitsky, a representative of the Ministry of Defense, said on the national telethon that the occupiers had begun deploying anti-aircraft missile and artillery systems «Pantsir» and SAM «Tor-M2» to strengthen air defense.

Earlier, Zaborona reported on Ukrainian intelligence on the Kremlin’s plans in the unrecognized «Transnistrian Moldavian Republic».