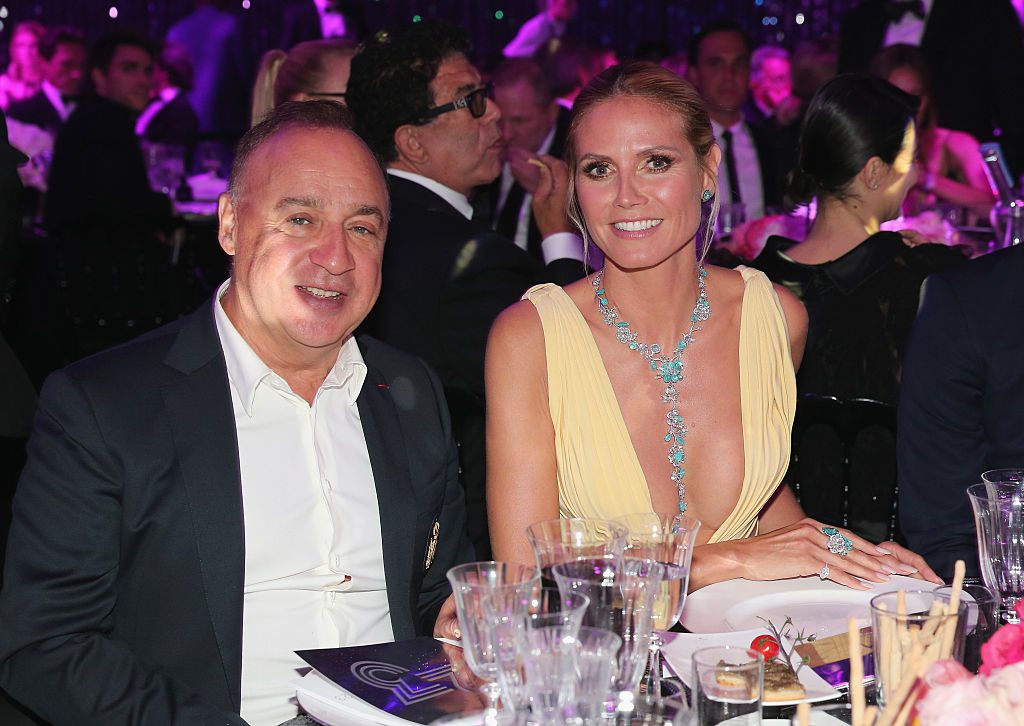 The new sponsor of the private initiative to memorialize the Holocaust crimes in Kyiv, the Babyn Yar Foundation and Memorial Center, is oligarch Leonard Blavatnik. The billionaire was born in Ukraine, but after the collapse of the USSR, he bought up industrial and energy facilities together with Russian businessmen who are now sanctioned.

Zaborona tells about Leonard Blavatnik and his ties with the aggressor country.

Funding for the Babyn Yar project

The Blavatnik Foundation is now providing funding for a project to digitize archival documents related to the Holocaust in Ukraine.

“[It is important for us] to win culturally and to close these Russian narratives [about the memory of the Holocaust]. For this, it is important to work with collective memory. Now in Ukraine, there are tens of millions of documents that are not digitized, that are in the archives. Now we are fundraising money, we have a project underway, and we have already been given money. This is the Blavatnik Foundation. This is a very important story for us, Blavatnik is one of the few who has money for social projects, it is very important,” Maksym Rabinovich, director of the Babyn Yar Memorial Center and Foundation, told Zaborona.

Who is Leonard Blavatnik?

Leonard Blavatnik (June 14, 1957) is a citizen of the United States and Great Britain. He was born in Odesa, but since childhood lived in Russia, studied at the State University of Transport in Moscow, and in 1978 emigrated from the Soviet Union to the United States. There he opened the Access Industries holding. Immediately after the collapse of the USSR, at the invitation of his friend, the future oligarch Viktor Vekselberg, he returned to Russia and took part in the large-scale privatization of Soviet enterprises. Together, they founded the Access-Renova holding in 1991 and formed the Siberian-Ural Aluminum Company (SUAL), which was later merged with another billionaire Oleg Deripaska’s RUSAL and Glencore.

Blavatnik was part of a consortium of Russian oligarchs along with Mikhail Fridman, German Khan, Pyotr Aven (Alfa Group), and Viktor Vekselberg: together they acquired TNK, one of Russia’s last state-owned oil giants. In 2013, TNK-BP was sold to state-owned Rosneft in a $55 billion deal, $7 billion of which went to Blavatnik.

Leonard Blavatnik still has assets in Russia worth $500 million. “Less than 1% of Access Holding’s assets are in any way connected to Russia, and Blavatnik has been trying to sell an 8% indirect stake in Rusal for more than three years. Since Blavatnik holds his shares through a partnership with Vekselberg, who has been under Western sanctions since Russia’s full-scale invasion, he had to obtain a license from the US Treasury Department to sell the $535 million stake. His attempts to sell are currently hampered by other Rusal shareholders,” the billionaire’s spokeswoman told Bloomberg.

How Blavatnik influences the world

The businessman is considered one of the richest people on the planet. His fortune is estimated at $37 billion. Access Industries Holding has companies in real estate, the chemical industry, biotechnology, and media. For example, in 2005, Blavatnik bought a larger stake in the Russian company Amedia, which produces films, series, and TV shows, as well as STS-media. In 2009, Access Industries acquired the British division of Mel Gibson’s Icon distribution company and a film library of more than 500 films, including Driving Miss Daisy, Dances with Wolves, Stiletto, and The Passion of the Christ. Among his assets is the largest stake in Warner Music Group, which he bought in 2011 for $3.3 billion.

Blavatnik also stars in films produced by his company. For example, in 2016 he played the role of the Italian ambassador in the Russian series “Sofia”, and in 2018 — the role of Cardinal Yuri Radzivil in the TV series “Godunov”.

Under the umbrella of Access Industries Holding, there is a charitable foundation of the Blavatnik family, which supports cultural and educational initiatives. According to the data published on the foundation’s website, he spent $140 million on art and culture, and $100 million on humanitarian projects (for example, financing the World Jewish Congress). For example, the billionaire contributed 75 million pounds to the opening of the School of Public Administration at Oxford.

Blavatnik also makes significant contributions to the election campaigns of American politicians. He financed the Republican Party and gave money to the inauguration party of Donald Trump.

In 2011, Leonard Blavatnik contributed 260 million pounds to construct a new building of the British Tate Modern art gallery – after its opening in 2017, the building was named after Blavatnik. In the same year, he received a knighthood from Queen Elizabeth II for services to philanthropy.

At the end of 2021, Blavatnik gave £7.5 million to the Honresfield Library in Britain to save the literary collection from being sold abroad. In the wake of the full-scale invasion, this sparked a debate among cultural figures about the oligarch’s links to the Russian capital and his business partner Viktor Vekselberg, who is close to Russian President Vladimir Putin and is under sanctions.

The Blavatnik Family Foundation has stated that it considers war absolutely unthinkable and condemns violence and donates millions of dollars to a wide range of charities that help Ukrainian refugees, including the International Committee of the Red Cross, Save the Children, Doctors Without Borders, and the Emergency Committee.

Earlier, Zaborona told about the plans of the Babyn Yar Foundation and Memorial Center during the war.