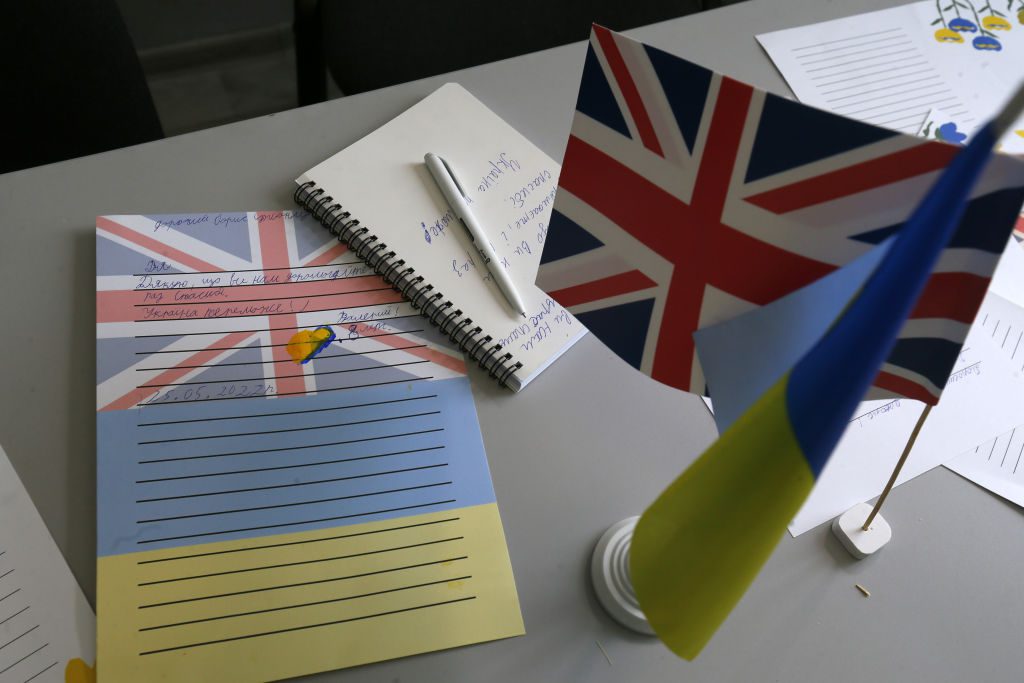 Ilya Kostushevych, who was rescued from blockaded Mariupol by volunteers, read an open letter from British Prime Minister Boris Johnson to children from Ukraine and decided to write a reply. The boy added a Ukrainian flag and a photo of his cat Frosia to the touching handwritten letter.

Zaborona tells how a Ukrainian boy thanked the head of the British government for helping Ukraine.

Six-year-old Ilya Kostushevich wrote a letter to the Prime Minister of the United Kingdom Boris Johnson. The boy, who escaped from the besieged Mariupol, said that he dreams that no child in the world knows war. He added to his handwritten letter a hand-drawn flag of Ukraine and his photo with a pet.

«Dear Boris Johnson! I want the war to end sooner so that people don’t die anymore. I want to play football at home in Mariupol. I would like all the children of the world not to have a war. Greetings to all the children in Britain, thank you for helping us. We will win! I have a cat, Frosia. I am sending you the flag of Ukraine that I drew. I hug you tightly», — Illia wrote.

The boy lost his parents in Mariupol: they died in one of the missile strikes of the occupiers. The street and the area where Illia and his family lived were completely destroyed. Volunteers rescued the child from the blockade. He is cared for by the family of Maria and Volodymyr Bespalykh from Slovyansk.

The Prime Minister of the United Kingdom wrote an open letter to Ukrainian children, saying that they are a precedent of courage and a real example to follow for children and adults around the world. The appeal is written in English and Ukrainian.

During a visit to Kyiv on April 9, 2022, the head of the British government noted the absence of children and young people on the streets: «After the invasion, many of you were forced to leave your homes. You have left your family, friends, pets, toys and your usual life, seeking refuge in subway stations, distant cities and even other countries. I can’t imagine how difficult this year was», — said Johnson.

To all the children of Ukraine: You are not alone. We stand with you. pic.twitter.com/aFzLK2gJu7

In the letter, he also said that in the United Kingdom, people raise Ukrainian flags in houses, shops, churches, and even playgrounds.

«Many of you have seen or experienced things that no child should see. But every day Ukrainian children teach all of us what it means to be strong and worthy, to keep our heads high even in the most difficult times — you are not alone», — Johnson said.

The British Prime Minister added that he was confident of Ukraine’s victory, and that the United Kingdom would never forget Ukrainian children and would always be proud to call them friends.

Earlier, Zaborona told the story of 11-year-old patriot Maxim, who raised money to help the Armed Forces of Ukraine.