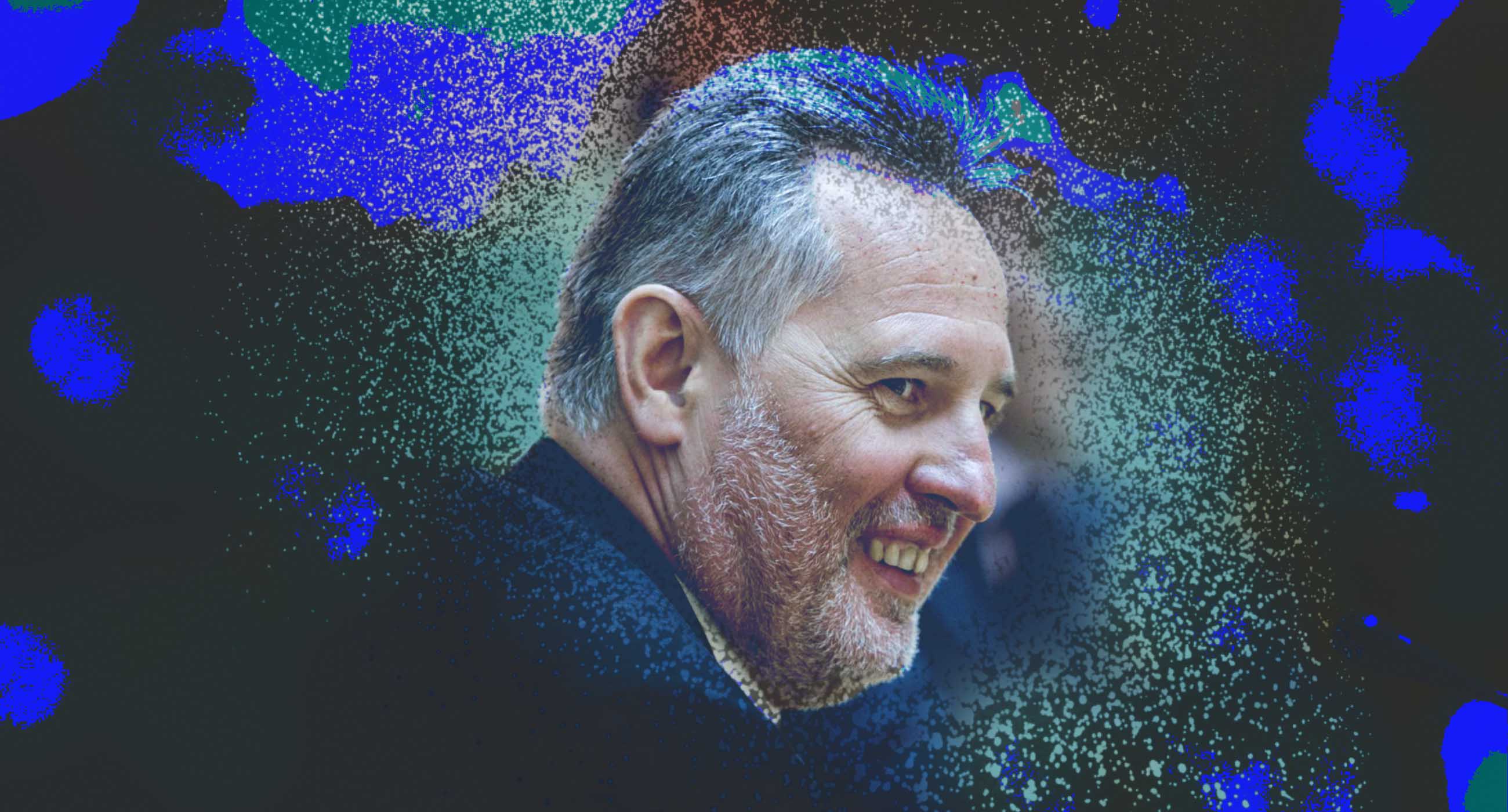 Dmytro Firtash, one of Ukraine’s richest men, has been hit with sanctions that include asset freezes, capital withdrawals, and other measures – courtesy of Ukrainian president Volodymyr Zelenskyy’s administration. Firtash has been accused of selling titanium products to Russia’s defense sector through the oligarch’s Austrian-based Group DF conglomerate, a charge that carries heavy weight during the current conflict between Ukraine and Russian forces.

This is far from the first time that Firtash has been accused of unsavory acts – he’s been alleged to have ties to Russian organized crime and is currently fighting extradition efforts from the United States on charges of bribery – a possible reason for his current residence in Vienna, where local courts have ruled in his favor several times.

Firtash has also been accused of involvement in the 2020 U.S. presidential election – specifically, he’s been tied to various figures close to former U.S. president Donald Trump, and people close to Trump, such as Trump’s personal lawyer and former New York City mayor Rudy Giuliani. Firtash’s history with former lobbyist Paul Manafort and indicted ‘foreign agents’ Lev Parnas have also played a role in the oligarch’s current status as ‘persona non grata’ in both Ukraine and the United States.

Rags to Riches in the Anything-Goes 90s

Like many Ukrainian oligarchs, Dmytro Firtash’s story could be seen as a rag-to-riches story of the post-Soviet early 1990s, though like many Ukrainian oligarchs, doing so would require ignoring mounds of credible accusations against his character and activities. Born in a village in the western Ukrainian region of Ternopil, Firtash’s parents were not considered influential – his father is said to have been a driving school instructor, while his mother was an accountant for a local sugar plant, and they made ends meet by selling vegetables at local markets.

Unwilling to commit to such a life, Firtash enrolled first in a railway polytechnic university, then at the National Academy of Internal Affairs before joining the Red Army. His service lasted only two years – 1984 to 1986 – yet the future oligarch managed to receive several awards, including one for “improving Soviet Union agriculture”, though it isn’t clear how a soldier would have qualified.

Following his military service, Firtash attempted his hand at a variety of small businesses, though not with much luck. It’s here that the story gets murky – while the oligarch’s own biography claimed that he eventually managed to establish a canned goods factory, trading food for gas in the cash-poor 90s, critics have alleged ties to Russian mob boss Semion Mogilevich. No direct ties between the two men have ever been proven, but coincidences abound – about how Firtash took shares in a mafia-front company, how he shared associates with Mogilevich, and even how Firtash once reportedly admitted to seeking the mob don’s approval for business matters. With or without mob ties, it’s undeniable that Firtash managed to establish himself as the go-to go-between for gas deals in Central Asia – specifically Turkmenistan.

These gas deals built Firtash’s fortune, and, like many of the up-and-coming businessmen who built an empire reselling goods across the former Soviet Union, he spent little time translating these gains to politics. He was helped by the ‘generosity’ shown by his business partners – specifically, the Kremlin. Firtash’s RosUkrEnergo, created to resell Russian gas in Ukraine, benefited specifically from changes in Russia’s gas policies at the turn of the millenium.

In the early 2000s, as part of Putin’s first term as president, Russian gas producers decided to stop selling gas directly to the Ukrainian national gas company Naftogaz, and instead began selling through intermediaries – people like Firtash. This ballooned Firtash’s worth from simply being a wealthy businessman to the heights of oligarch-dom – in no small part due to what is likely direct help from Putin himself, who extended an $11 billion line of credit to the man.

This $11 billion came from loans offered from Gazprombank, which is run, as detailed in a Reuters investigation, by Putin associates. According to Reuters, the loans started coming in following Firtash’s backing of Viktor Yanukovych’s successful presidential campaign in 2010, which Firtash, by then an oligarch, quickly leveraged into acquiring numerous other businesses, including fertilizer companies.

His time as the gas middleman in Ukraine attracted a bevy of enemies, including Yuliya Tymoshenko (herself a central figure in controversial gas deals), and the Security Service of Ukraine, whose head in 2005, Oleksandr Turchynov, claimed that RosUkrEnergo had Mogilevich as a silent partner. A lawsuit filed by Tymoshenko in 2011 in the United States against Firtash, accusing Firtash of ‘masterminding’ her imprisonment by the Yanukovych administration, however, was dismissed in 2015.

Troubles with the USA

By the time the Euromaidan protests rolled around, Firtash was incredibly rich and incredibly well-connected to the Yanukovych administration, with long histories with top Yanukovych administration figures – such as Yuriy Boyko. The protests represented a turn for the worse in Firtash’s political influence, if not his wealth: he was arrested in Vienna in 2014 at the request of the United States, starting a long stint of exile in Austria that continues to this day.

U.S. prosecutors alleged, based on a long-running investigation, that Firtash orchestrated an “international corruption conspiracy” – specifically of bribing Indian officials to purchase a titanium mine in that country, and sell the products to Boeing. For his part, Firtash denies the charges, claiming that they were politically motivated by Victoria Nuland, a U.S. diplomat who was involved with Ukraine affairs during the Euromaidan, in order to ‘punish’ him for his association with Yanukovych.

Austrian courts have alternatively agreed and disagreed with that defense, but his extradition case from Austria to the United States has continued to linger on to this day. Members of the United States Congressional Ukraine Caucus have gone so far as to accuse the Austrian legal system of being ‘corrupted’ by Firtash, an accusation not entirely without backing: Austrian chancellor Sebastian Kurz is said to have flown from Israel to Austria on a private jet owned by Firtash, and connections between Kurz’s party, the ÖVP, and Firtash, have been documented in detail.

Meanwhile, Firtash is also linked to Lev Parnas and Igor Fruman, two Florida-based businessmen closely linked to Rudy Giuliani, and who are currently serving time for fraud. Parnas is alleged to have obtained documents, later discredited, from Firtash’s lawyers during Donald Trump’s 2020 bid to tarnish then-presidential candidate Joe Biden’s reputation. The motive for Firtash’s association with Giuliani isn’t hard to spot: two lawyers linked to the former mayor joined Firtash’s legal team in the United States, and are said to have pleaded the oligarch’s case against extradition at the Justice Department.

Volodymyr Zelenskyy’s push for the de-oligarchization has already put Dmytro Medvechuk, another pro-Russian oligarch, under charges of treason. Now Firtash is on the firing line, though it isn’t clear just how effective accountability for the oligarch will be in Ukraine – extradition is likely to send the oligarch to the United States, and not Ukraine – assuming it happens at all.

His Group DF, now a leading fertilizer provider during a time of renewed interest in Ukraine’s burgeoning agricultural sector, also continues to operate in the country. While Firtash has taken blows against his business – not least a recent ruling against him by the Ukrainian Supreme Court – and with top Ukrainian politicians calling for his extradition to the country, it remains to be seen whether his commercial interests will be further affected.

However, as long as Austria refuses to extradite the oligarch to any of the countries looking for his arrest, any real consequences to his person are going to be a long time coming. Firtash, of course, has long denied any and all accusations of wrongdoing, from his supposed mafia connections to corruption in the gas industry and bribery in India (going as far as to sue the Kyiv Post for libel in 2011). He still remains immensely rich and powerful, and maintains his ties to numerous Western politicians. And unlike Medvedchuk, Firtash isn’t in Ukraine – and is unlikely to visit in the near future.