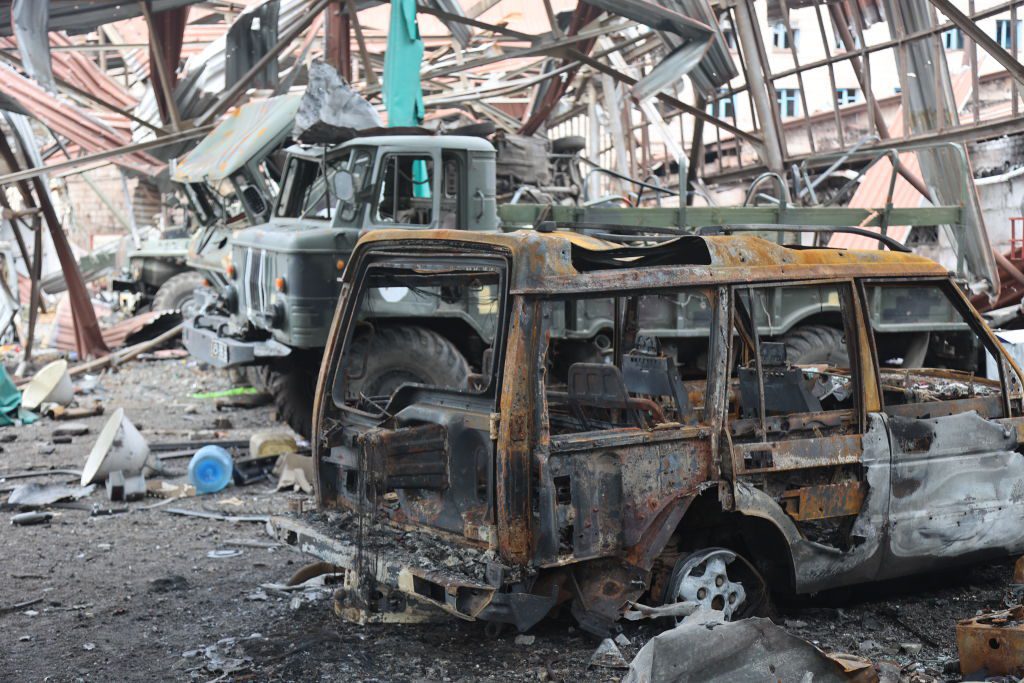 Russia intends to level with the ground the Azovstal plant in Mariupol, along with its defenders and hundreds of civilians. The Russian command knows for sure that children are hiding in the plant — Kremlin propagandists have repeatedly stated in their stories.

Zaborona tells the details of the events on April 19 in Mariupol.

A bomb will be dropped on Azovstal: SSU data

In Mariupol, the Russian military is preparing to drop a three-ton bomb on the Azovstal plant. This became known from the intercepted conversation of one of the occupiers, who boasted to his wife that a «surprise» would soon arrive at the plant, the Security Service of Ukraine reported.

«We are waiting for surprises here from Russia… three-ton from the sky… They said to level everything to the ground… The lieutenant colonel came and said: «You will feel it for yourself — and you will hear and feel». Imagine what the blast wave will be like», — an unnamed Russian platoon commander told his wife.

Hundreds of civilians, including many women, children of various ages and the elderly, are hiding under the protection of the defenders of Mariupol on the territory of the metallurgical plant. And when the woman asked the occupier what was waiting for the civilian population, he replied: «Everyone has gone. Everyone who wanted to, everyone has gone. There are only patriots left, and the ones who are too smart…».

Russia says there are no children in Azovstal

The Ministry of Defense of the aggressor country continues to lie cynically, denying that civilians are present at the plant, and calling this fact «Ukraine’s information attack».

«I appeal to the Kyiv authorities that if any civilians are on Azovstal, we demand that all measures be taken to release them and remove them through humanitarian corridors,» — said Colonel-General Mizintsev, head of Russia’s National Defense Management Center.

Just minutes later, the former head of the Donetsk regional military administration, co-owner of Industrial Union of Donbass Serhiy Taruta reported that a bomb had been dropped on the hospital.

On April 18, Russian propagandists said that Azov Battalion fighters were «holding hostages civilians of all ages, including children, to cover for them and get out of the green corridor».

The Russians have been blocking humanitarian corridors since April 17, including those from Mariupol. Minister for Reintegration of the Temporarily Occupied Territories of Ukraine Iryna Vereshchuk addressed the military-political leadership of the Russian Federation with a demand to release civilians who became hostages of Russian troops in the besieged city.

Earlier, Zaborona told about the intentions of the Russian Federation to organize provocations on Easter in Ukraine. The occupiers are preparing to fire on churches in five regions to accuse Ukraine itself according to the usual scenario.