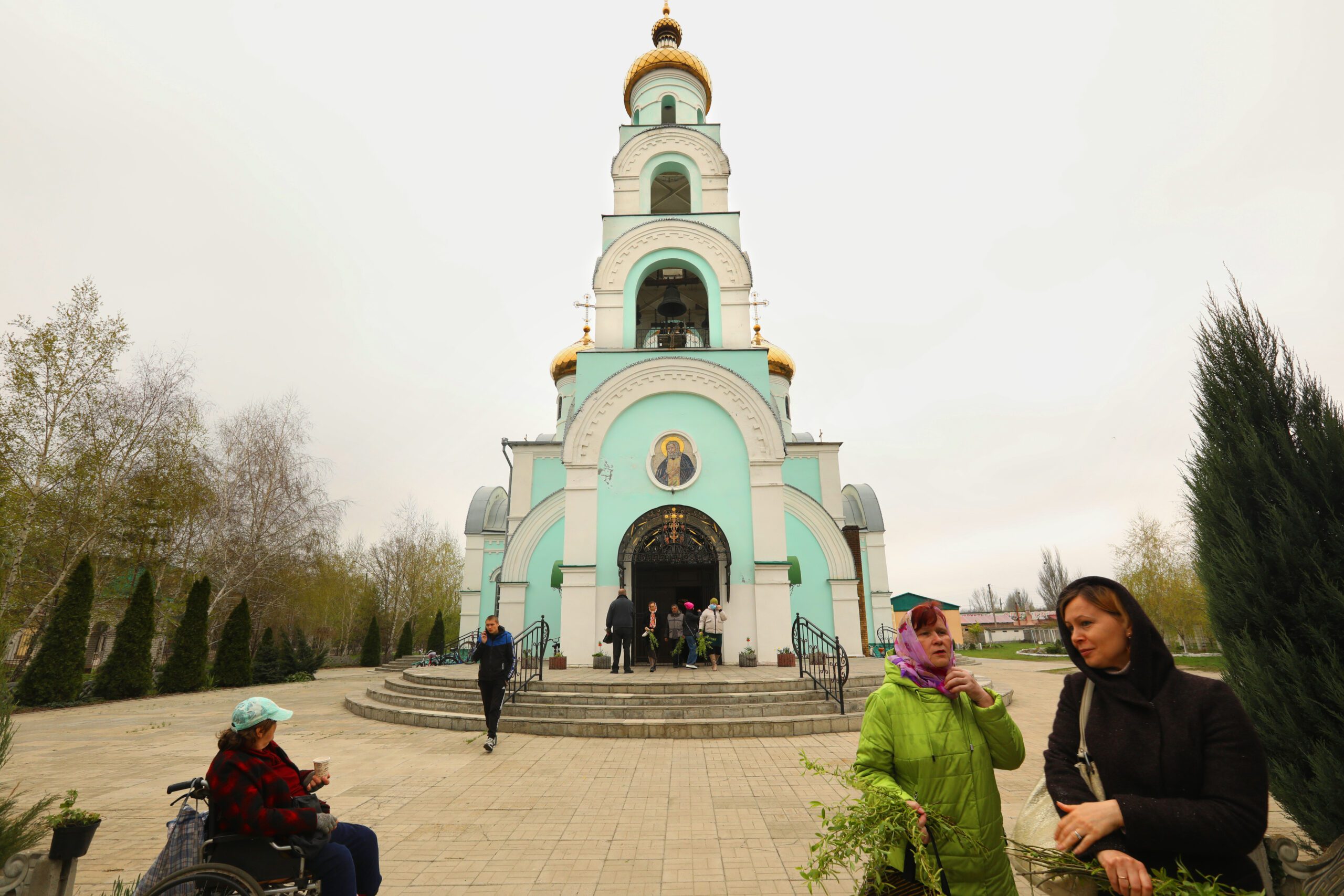 On the night of April 23-24, the occupiers are preparing bloody provocations in Ukraine. To do this, the Russian propaganda machine has already launched fakes in advance to accuse «Ukrainian nationalists» of bombing Ukrainian churches and killing innocent people. The rashists have even indicated areas where they are likely to carry out mortar and artillery shelling of temples.

Zaborona tells about the data of the Center for Counteracting Disinformation of the National Security and Defense Council regarding the probable intentions of the occupiers.

Russian troops may shell Ukrainian churches on Easter night, according to the Center for Combating Disinformation at the National Security and Defense Council of Ukraine.

«The occupiers are using the information alibi technique again, warning of possible provocations in Ukrainian cities during Easter,» — said the National Security and Defense Council.

Kremlin propagandists are already spreading information to accuse Ukraine in advance. For example, Russia’s Channel One aired a story in which it said that «more than 70 mobile groups have been formed from nationalists on cars that will fire from the mortars at Orthodox churches on Easter night and then accuse the Russian military of doing so». Propagandists refer to the Russian Ministry of Defense, which claims that Kyiv is preparing subtle horrific provocations with numerous victims.

The occupiers even provided a specific list of regions of Ukraine where this «may happen»:

Similar information was spread by other Russian propagandists.

«We pay attention! There is a high probability of activity of sabotage and reconnaissance groups of the enemy in all these regions», — CCD of the National Security and Defense Council emphasized.

It is not the first time that the occupiers have used such «warnings» in the media before their own provocations, which Ukraine is already systematically accused of. Thus, before the air raid on the maternity hospital in Mariupol, the Russian website Lenta.Ru published a fake report that the city maternity hospital was allegedly seized by «Nazis» either from the Armed Forces or from the Azov Regiment.

Part of the Lenta.Ru report with testimonies of an alleged eyewitness. Screenshot: Detector Media

Russia also called the missile strike on the Kramatorsk railway station a provocation, but the occupiers let themselves down.

Screenshot of a Telegram channel of rast propagandists.

Later, the media began to spread the story that the strikes vere allegedly inflicted by Ukraine itself.

Russian propagandists have decided to shift responsibility for the attack on Kramatorsk to Ukraine. Screenshot: First Channel

Earlier, Zaborona told that Russian special services were planning terrorist attacks in Russian settlements, as well as in the occupied Crimea, to increase anti-Ukrainian sentiment and consolidate the people.