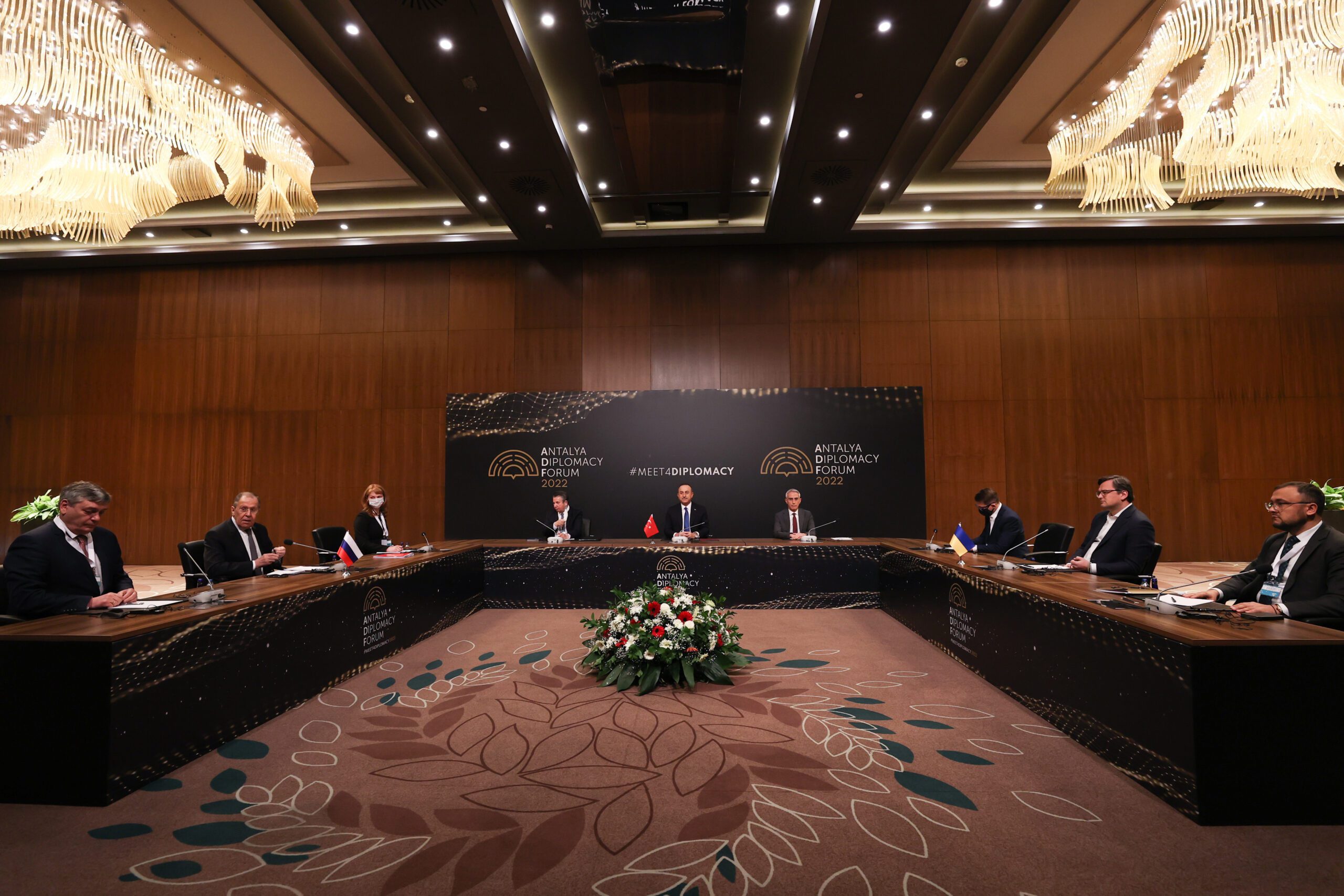 On 10 March 2022, a tripartite meeting of the heads of the Ministries of Foreign Affairs of Ukraine, Russia and Turkey took place in Antalya, in the south of Turkey. The main points of the negotiations are the safeguarding of humanitarian corridors, a ceasefire, and the withdrawal of Russian troops from Ukraine. The discussions lasted an hour and a half, but no progress was made in ending the war.

Zaborona reports on the results of the first foreign ministerial-level talks between Ukraine and the aggressor.

The main points from the briefing by Dmytro Kuleba, Ukraine’s Minister for Foreign Affairs:

After the talks, Russian Foreign Minister Sergei Lavrov continued to spin the Kremlin’s line of propaganda and said fantastical things, such as:

Earlier, Zaborona reported on the death of Ukrainian banker Denys Kirieiev, who took part in the first talks between the Ukrainian and Russian delegations in Belarus.