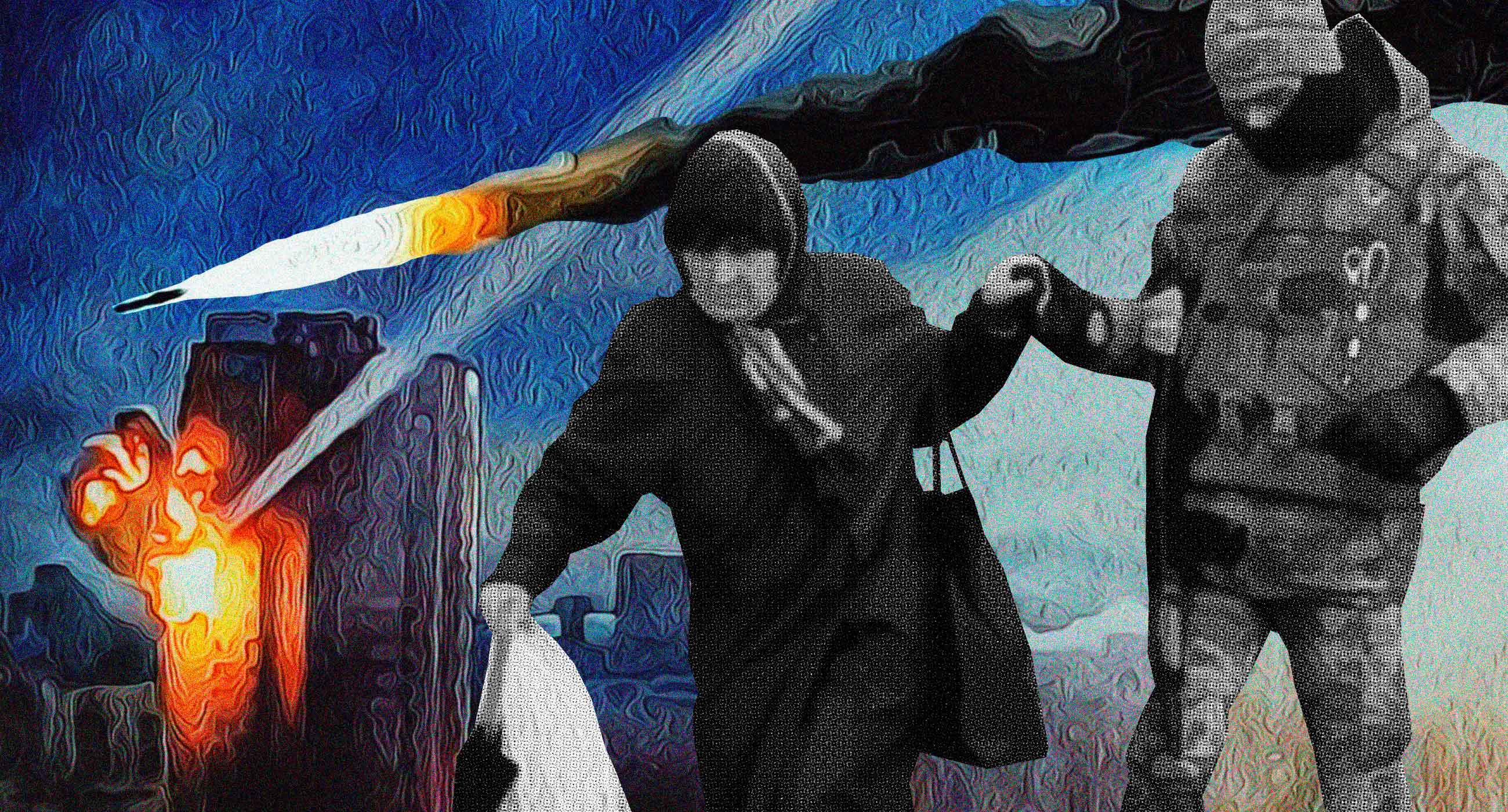 On October 18, Ukraine War Stories, a free-to-play game about the survival of Ukrainian civilians during the occupation of Bucha, Hostomel, and Mariupol, was released on the Steam gaming platform. The game was developed by Starni Games, a Kyiv-based team specializing in military strategies, but now they have approached the topic of war from a completely different angle. Zaborona’s executive editor Daniel Lekhovitser has played the game and tells us why it is a great educational project for Europeans, how the game format helps to better understand the specifics of the war in Ukraine, and why the topic of war in video games hardly touches the survival of civilians (fortunately, there are opposite examples).

Modern war as a set of narratives has always been one of the main goldmines for the game industry. The film industry (and then gaming) does not perceive a military conflict without the so-called fun factor — a surge of adrenaline, a continuous sense of coolness of what is happening. War in similar to each other replicated games is connected to high-tech machines, advanced combat tactics, and well-written masculine characters.

Its humanitarian side sells much worse: the lives (or survival) of civilians, lack of resources, psychological terror, war crimes — all that requires ethical and legal assessment. This War of Mine — the story of the siege of a city very similar to Sarajevo in the conditions of a humanitarian catastrophe — is probably one of the few games dedicated to war witnessed by civilians. By the way, TWoM has shown that humanitarian survival, night raids for food and medicine in abandoned supermarkets and pharmacies can be no less exciting than shooting gallery and other pyrotechnics.

In October, This War of Mine got a sibling — Ukraine War Stories, a much smaller, but at the same time assembled in a very short time game about the Russian occupation from Ukrainian developers. It is a collection of three short visual novels dedicated to the survival of civilians in the cities that have become emblematic place names of the war — Mariupol, Bucha, Hostomel. Ukraine War Stories is a text game in which you choose the lines of the hero, monitor the psychological state of your loved ones, and make morally difficult decisions: to bury your neighbor humanly during the shelling of the city or to hide in the basement, to rescue your sister from captivity or to try to evacuate from Bucha, and whether to try to talk to a drunk Russian soldier and risk your life to make him forget about the girl he is going to rape.

Ukraine War Stories performs several functions at once, among which gaming is not the most important. The tools and capabilities of the player are extremely limited: reading the text, choosing rare cues, making decisions, and getting the necessary things — the playing of one story takes from 30 to 60 minutes (each story can have several alternative endings). It is more of an interactive reading session than a game. It is easy to imagine such a project in a museum or library because its main function is educational. Ukraine War Stories is clearly designed for a foreign player. If the gaming audience does not read media reports about the war in Ukraine, the interactive form of the game can become a springboard for getting acquainted with such ethically complex topics as genocide, violations of the Geneva Conventions, and crimes against humanity.

In Ukraine War Stories there is no high scripting and unexpected plot moves, as well as the gameplay itself. The developers’ task, probably, was to imitate the style of documentary reports about the killing of people in Bucha and the bombing of Mariupol, and the reports do not always resemble an action film. To emphasize the factuality of the game, the artists drew pictures of documentary photographers — for example, the infamous image of a dead cyclist. The stingy, even ascetic Ukraine War Stories deliberately ignores the mythical and solemn dimension of war. All that remains is hopelessness, the lack of food, and the hands of civilians tied behind their backs.