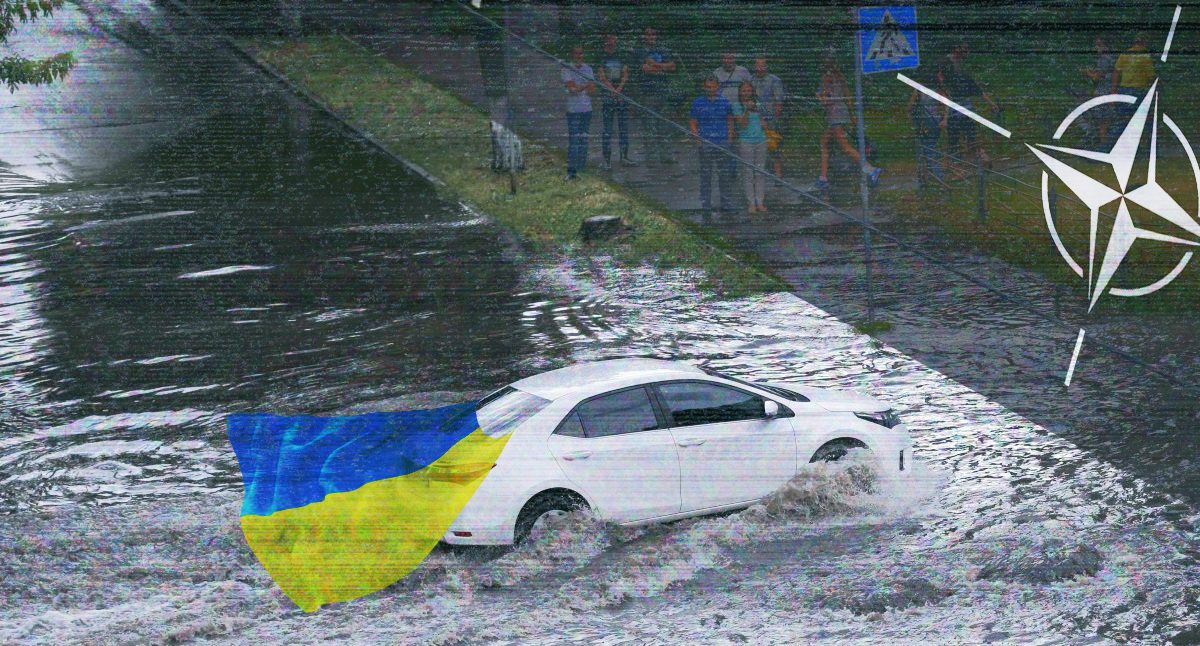 When Ukraine’s President Zelenskyy asked U.S. President Joe Biden to give him a simple ‘yes or no’ on Ukraine’s admission to the North Atlantic Treaty Organization (NATO)  during a press conference on June 14th, his administration was likely aware of the often tumultuous history of the Ukrainian-NATO partnership. From its start in 1994, Ukraine has treasured its relationship with the alliance, but changes in public and political policy over the years have seen the country vacillate between wanting to join NATO, and wanting to remain unaligned. Zaborona’s Romeo Kokriatski looks into the history of Ukraine’s relationship with the alliance and explains why Ukraine still hasn’t joined.

Volodymyr’s Zelenskyy’s question remains unanswered, even during the one day NATO summit in Brussels that prompted the president’s query. His (perhaps hasty) tweet that NATO leaders had “confirmed” Ukraine’s accession to the alliance resulted only in more waffling from NATO heads: Biden stated that “school’s out” on whether or not Ukraine will join, while NATO Secretary-General Jens Stoltenberg, speaking a day after the summit, commented that Ukraine’s membership would need “consensus” among allied NATO countries, and that “[Ukraine’s accession to NATO] was not the focus” of the Brussels summit.

These answers are typical for Ukraine’s history with the alliance. Within the country itself, consensus is still split on joining NATO, much as it has been throughout Ukraine’s post-independence history. According to a survey conducted by the International Republican Institute last May, 48% of respondents supported Ukraine’s membership – while 28% were categorically opposed. While the overall trend of Ukrainian support for NATO has been steadily increasing, Ukrainians are and have been, at best, ambivalent towards the alliance.

A treasured partnership, fraught with difficulties

Ukraine’s NATO relations began in 1994, when the recently independent country joined NATO’s Partnership for Peace program, established that same year. The PfP directly sought to engage the former Warsaw Pact FSU states in “open[ing] the door…to NATO membership”. At the time, the U.S. Congress noted that “U.S. and NATO relations with Russia are likely to be the determining factor in deciding whether states move from Partnership to NATO membership” – a statement that would see fierce criticism from Euro-Atlantic minded Ukrainians today.

Until 2002, Ukraine-NATO relations were friendly, but there was little desire, either from the general populace or the political classes, to join the alliance as a member. However, then-Ukrainian president Leonid Kuchma announced that Ukraine would apply for membership, signing an order to that effect in July of that year. NATO, for its part, responded positively (if not wholeheartedly) to that declaration, working out the NATO-Ukraine Action Plan, which was notably not a membership action plan, later that year.

It wouldn’t be until 2008 that the idea of a true membership plan was back on the table. Following the Orange Revolution, NATO membership was once again reaffirmed as a goal of the Yuschenko administration. The NATO Bucharest summit led to mixed results, setting up the status quo that has remained ever since – Ukraine would not be given a membership action plan, but NATO members “supported” the country’s eventual accession to the Alliance. The lack of a MAP may have been a consequence of NATO’s own policy, expressed in the PfP with regards to Russia. After all, Russia was and remains steadfastly against Ukraine’s inclusion in the Euro-Atlantic Alliance, and, at the time, threatened to pull out of NATO-Russia cooperation, which had steadily been proceeding apace.

With the lack of a MAP and the advent of the Yanukovych administration in 2010, Ukraine’s NATO ambitions seemed to come to a stop. Talks of joining the alliance were shelved, and the Yanukovych government didn’t seem to consider NATO a priority – though cooperation continued. Support within the country for NATO membership fell to its lowest levels, with surveys indicating that a solid majority of Ukrainians were opposed to joining.

It took the Euromaidan protests and the Russian invasions of Donbas and Crimea to convince the Ukrainian people that NATO membership was desirable for the country – or at the least, that NATO membership no longer needed to be strenuously opposed. The post-Maidan government immediately redeclared Ukraine’s NATO ambitions, stepping back from neutrality in the face of enduring and constant Russian aggression. From the interim Yatsenyuk government to Zelenskyy’s present-day reign in Bankova, Ukraine has pushed through constitutional changes, laws, and numerous statements all intended to help the country enter the Alliance.

However, NATO now seems more hesitant to allow the country in than even in 2008, with key member states such as the U.S. refusing to back Ukraine’s calls for a swift entrance. The continuing lack of the MAP promised in 2008 also seems to indicate that NATO is not ready yet to fully commit to integrating Ukraine, despite Ukraine’s continual progress on NATO-demanded reforms.

Russia, of course, has vehemently opposed any expansion of NATO to Ukraine, even going so far as to cite ‘NATO troop movements’ as excuses for its military build-up on the Ukrainian border earlier this year. While the Russian accusations remain baseless, NATO’s seeming reluctance to more directly involve itself in the on-going conflicts in Crimea and Donbas give credence to theories that the Alliance is content to treat Russia as a potential partner, instead of an aggressor.

Will they or won’t they

With yet another summit come and gone, and President Biden’s toughening stance on Ukrainian corruption, it’s unlikely that Ukraine’s dreams of a quick accession will ever be realized. It seems clear, through (in)action rather than words, that NATO leadership and its member states see Ukraine’s accession as too much of a risk to the Alliance, and the standards set for the country – “cleaning up corruption”, according to a recent Biden comment – have been roundly criticized by some Ukrainian commentators. After all, Albania and Montenegro are members of the Alliance, and their histories, both recent and not, are not typically held up as examples of clear and honest governance.

Ukrainian patience is also starting to cool, as seen in recent polls, but the country’s leadership seems insistent that Ukraine will, in the end, join the alliance. “In the final analysis, the only reasonable response is that Ukraine should indeed be granted a MAP and will eventually join the alliance,” writes Ukraine’s foreign minister Dmytro Kuleba. Yet the government’s optimism, in this case, stands in stark contrast to the words of NATO leaders themselves – and NATO members are not unaware that allowing Ukraine to join could trigger Article 5, with a risk of catapulting much of Europe into a war that has so far been confined far away from their borders.

With Russia’s talk of ‘red lines’ and calls from the U.S. to keep NATO as it is, Ukraine’s trip to NATO continues to resemble a bus ride across Ukraine’s regions: the destination is on the ticket, but both the bus and the road keep breaking down.