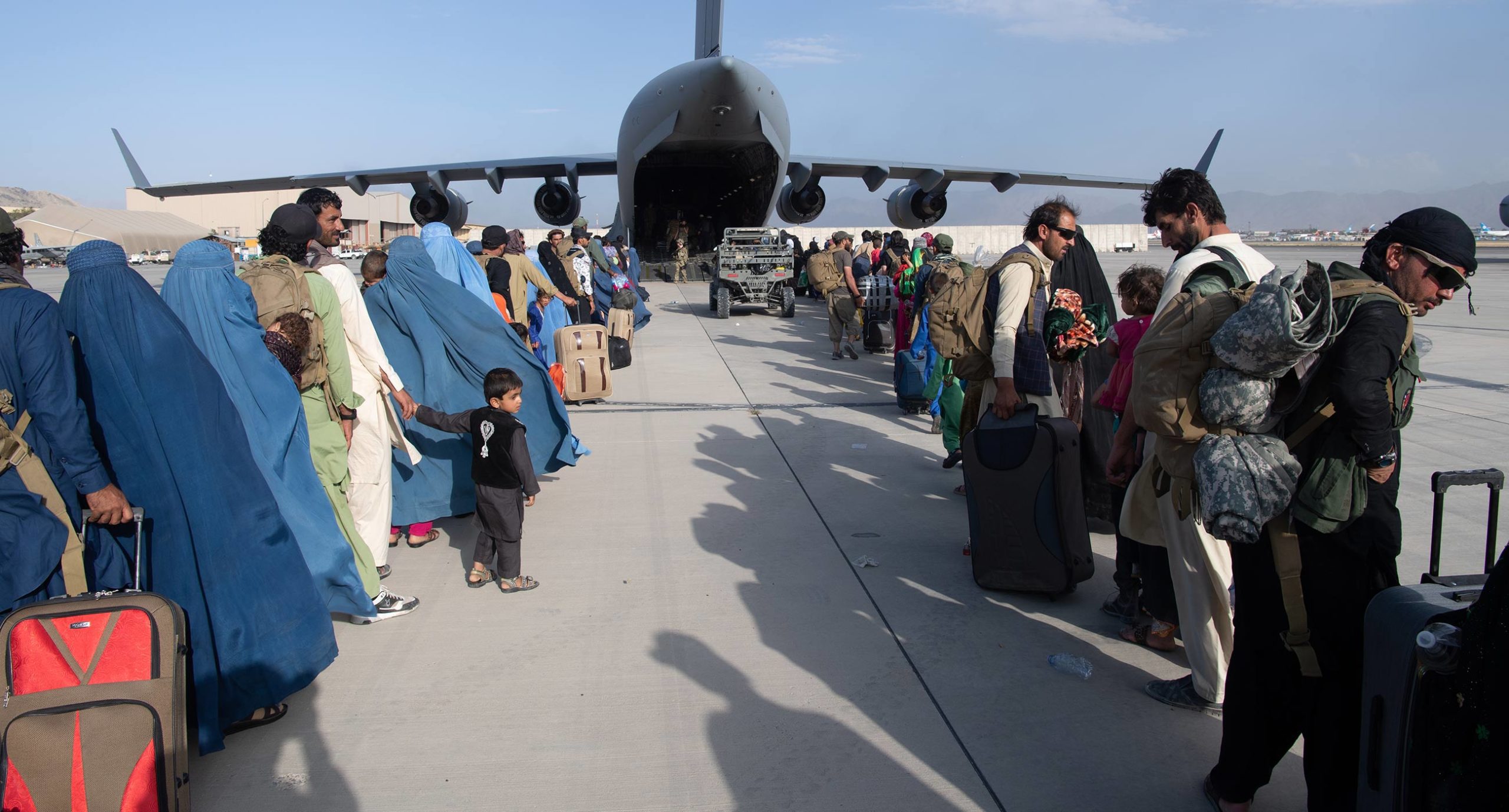 From the moment the radical Islamist organization Taliban seized power in Afghanistan, thousands of civilians have attempted to leave the country in order to avoid being killed. At the same time, countries around the world have been working for the last month to evacuate their own citizens. This includes Ukrainians: the Foreign Ministry has stated that this is currently a state priority. However, sources have told Zaborona that families of Afghans that include Ukrainians, who are currently at-risk, have asked to be evacuated – yet Ukraine’s Foreign Ministry has been mum to their pleas.

A family of eight Afghans are currently hiding a few kilometers from the international airport in Kabul. This family is at risk from the radical Islamic organization, the Taliban, who have seized power in the country. They’re closely related to Ukrainian citizens: 24-year old Khalid (we’ve changed his name at his request due to the threat against his well-being), and his sister are nephews and nieces of a Ukrainian family. In an interview with Zaborona, Khalid explained how he studied at the American University of Afghanistan and worked with U.S. and U.N. government organizations. His father, Khalid says, had some time ago worked with companies that had provided soldiers to U.S. soldiers. All of this together has put the family’s life at severe risk, because the Taliban is opposing anyone who had any kind of relations with the United States. These people face imprisonment, torture, and death.

“The Taliban has already interrogated my close relatives and friends about me. They believe that the Americans set people like us against the Taliban, and that we represent a threat to the new power,” says Khalid. “They consider me to be a potential enemy.”

Khalid’s family is helped by their relative, Mariam M. (her last name has been withheld due to the threats against her life, but Zaborona has seen her credentials and she has been willing to divulge them to journalists.) Mariam says that the Taliban has told Afghans that they have allowed the evacuation of local and foreign residents, and American soldiers, until August 31. It’s not clear what will happen after that date.

“The streets are in chaos,” says Khalid. “The stores are empty, and we leave the house only for the shortest distances, because it’s dangerous.”

Mariam told Zaborona that on August 25, she attempted to have the family added to the evacuation lists in the Ukrainian embassy in Tajikistan – that’s the embassy that handles Ukrainian affairs in Afghanistan. The embassy confirmed the list and connected Mariam to deputy foreign minister Yevhenii Yenin, who is responsible for overseeing the evacuation. Zaborona has confirmation of this communication with the embassy, and a positive response regarding the evacuation.

On the morning of August 25, Yenin told Mariam that the plane that’s meant to evacuate Ukrainians and other citizens from the country is already at the Kabul airport. However, after that, not Yenin, nor staff at the Ukrainian embassy in Tajikistan, have contacted the family nor told them the details of actually getting onto the flight.

“You have to understand that right now, it’s impossible to get to the Kabul airport without a military escort,” explains Mariam M. “The Taliban asks if people have foreign passports or working visas. If not, they aren’t allowing people through – sending them to interrogation or prison.”

“Only the Celestial Bureaucracy Knows”

“We took whoever we could take – there were representatives of the Ministry of Health [of Ukraine], they facilitated passage. I don’t even know who is currently on the plane,” Yenin claims. But neither the family, nor Mariam, knew anything about this – they only learned from Zaborona that the plane that was meant to evacuate them had already taken off. Diplomats say that the plane flew from Kabul into Islamabad in Pakistan, and from there, another plane will take the evacuees to Ukraine.

“They’re missing a lot of people – consuls, diplomats,” Yenin tells Zaborona. “You can see on the news what’s happening there [terrorist attacks, bombings]. I don’t see any further evacuations from Kabul in general. Further evacuations will not go from Kabul. The Americans haven’t come to any agreement with the Taliban. We’ll be in contact with our citizens and with the U.S. embassy. The U.S. embassy is the entry point…Only the Celestial Bureaucracy knows when this [evacuation] will be possible.”