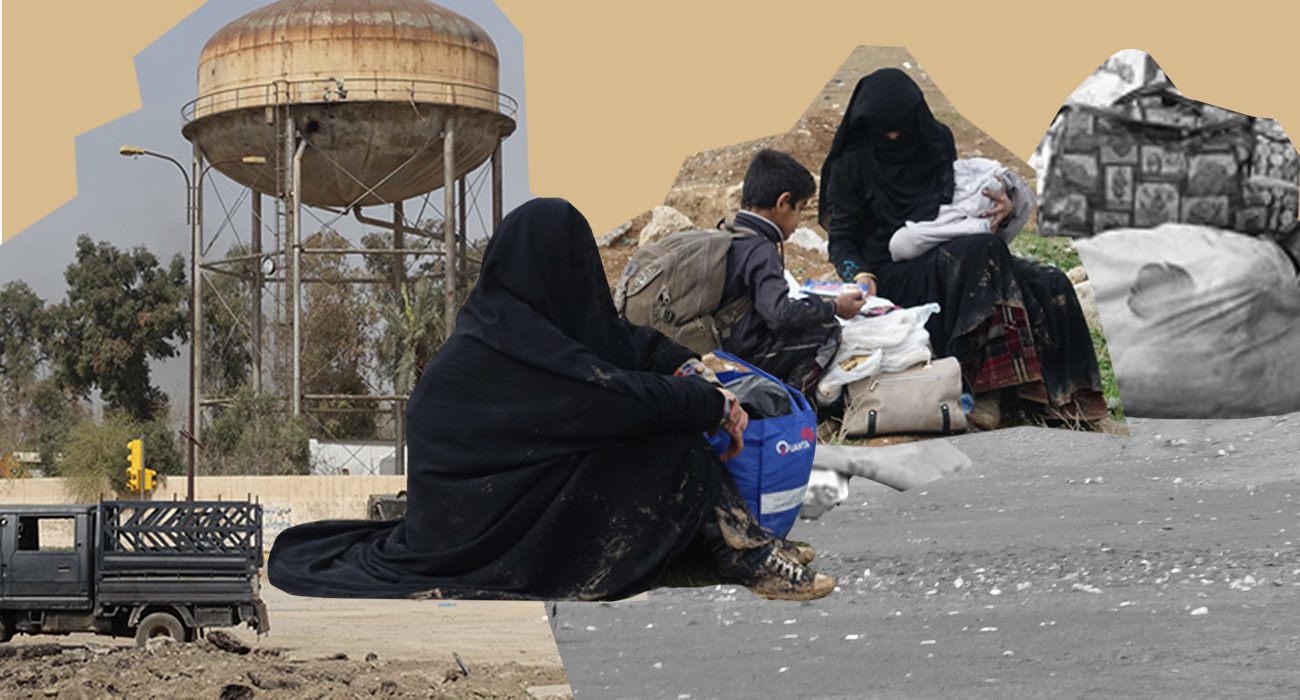 Relatives of Ukrainian women in the closed-off al-Hawl and Roj refugee camps in northern Syria have asked Ukrainian officials to repatriate them because living conditions in the camps are intolerable. For years, mostly women and children of the militants who fought for the Islamic State in Syria and Iraq have lived there. Kateryna Sergatskova, the editor-in-chief of Zaborona, who studies ISIS in the post-Soviet space, says that this means everything.

On October 9th, relatives of Ukrainian women living in Syrian refugee camps spoke at a news conference in Kyiv. They say Ukrainian officials have ignored these women and their children. According to Fatima Boyko, activist of the initiative group, neither the human rights office, nor the SBU, nor the Office of the President of Ukraine, nor the Ministry of Foreign Affairs responded to her repeated inquiries on behalf of the relatives of the women trapped in Syrian camps. At the same time, according to Boyko, the Ministry of Foreign Affairs explains this inaction by the fact that the Ukrainian consulate in Damascus is closed.

“These are Muslims, Ukrainians, Crimean Tatars and representatives of other nationalities,” says Ibragimov. “Some have been there for three years, some for about two, some for more than a year.”

According to the International Center for the Study of Radicalization at King’s College London, from April 2013 to June 2018, more than 41,000 foreigners from around the world joined the Islamic State. Many of them come from the former republics of the Soviet Union. American intelligence, for example, speaks of thousands of people from Central Asia and the Caucasus in the ranks of ISIS.

The al-Hawl camp in northern Syria is known to be home to an estimated 100,000 refugees. According to the human rights organization Humans Rights Watch, this is where most of the Islamic State militants and members of their families ended up after their defeat in 2018. HRW estimates that there are about 11,000 foreigners in the camp, most of them from the former Soviet Union.

According to the American Institute of Peace, at the end of May 2020, the camp was home to more than 68,000 people (43,000 of them children, the rest mostly women), including about 10,000 foreigners from more than 50 countries. The study of the institute says that the conditions in al-Hawl are “terrible”: the camp is located in the desert, where people live in tropical tents and in unsanitary conditions. The situation is complicated by the fact that al-Hawl, like the neighboring Roj camp, is controlled by the Iraqi Kurdistan authorities, which is considered an unrecognized state for Iraq. That is why it is difficult for humanitarian organizations like the UN to get there. International human rights organizations call what is happening a humanitarian catastrophe.

Another problem in the camp is physical and psychological violence. According to Harvard University professor Vira Mironova, a researcher of radical religious groups, a kind of “miniature Islamic State” has formed in al-Hawl over the years – with the same rules as the terrorist organization during its occupation of Syrian and Iraqi territories.

“Conflicts and even mass fights between supporters and opponents of ISIS regularly take place in the camp,” Mironova said. “The supporters have their ‘Hisba’ – the internal ‘moral police’ of ISIS, and there is Amniat – the secret service. They monitor whether women wear the hijab in the camp or communicate with men in the market, and punish them if they do not follow the rules of the Islamic State.”

Fatima Boyko also says that women and children are regularly beaten in the camp. “Any attempt to say that women wanted to leave was punishable by death,” she said. According to Fatima, her niece was recently taken away to an unknown location by the Kurdish military, and she does not know where she is now. Fatima says that the situation in the Syrian refugee camps is critical, but for some reason the Ukrainian authorities do not respond to requests to take their citizens from there.

“As a rule, countries do not take people out of camps because of their internal problems,” Vira Mironova said. “Either they can’t agree on what to do with them, or there is strong opposition inside the country.”

“The longer the camp’s population is left in appalling conditions with no prospects for the future outside of al-Hawl, the more likely it is that residents will become radicalized or strengthen their beliefs. And fleeing the camp risks the threat of violence from ISIS supporters,” said a study by the American Institute of Peace.

Today, not all states have the experience of returning their citizens who were in the “Islamic State” or for other reasons found themselves in refugee camps in Syria. Among those involved in repatriation at the official level are the United States, some EU countries, and Australia. In the post-Soviet space, Kazakhstan has had a successful experience, whose authorities in 2018 began to conduct a special operation “Zhusay” (there is even a film about it); afterwards, this experience was adopted in Uzbekistan.

Russian authorities, with the help of Chechen leader Ramzan Kadyrov, have returned several women and children from Syria, but criminal cases have been opened against most of them since their return.

Ukraine has not officially returned a single citizen from Syria or Iraq. The Ministry of Foreign Affairs of Ukraine informed Zaborona that the agency would not comment on the situation. The SBU also refused to comment.