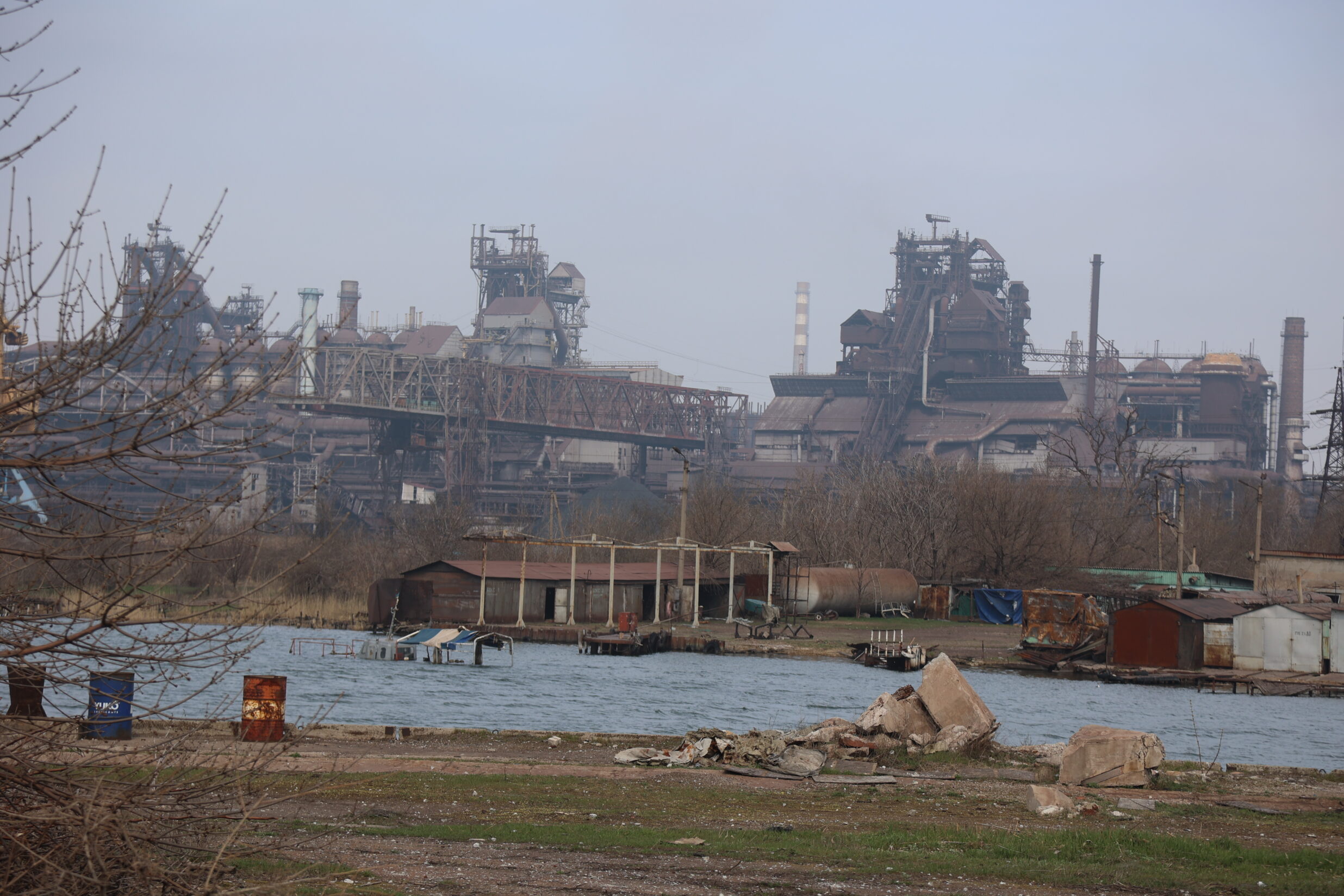 A protester holds a poster about the war-torn Ukrainian city of Mariupol during a demonstration against the Russian military invasion of Ukraine on April 6, 2022 in Berlin, Germany. Photo: Sean Gallup / Getty Images

One of the defenders of Mariupol of the 36th Marine Brigade Mykhailo Bilynsky ran out of combat resources. The Marines were pushed back to the Azovmash plant and surrounded, and they no longer have the opportunity to make effective further resistance: there is no ammunition. Information about the possibility of a fake was spread on the Internet, and the Navy of the Armed Forces of Ukraine did not confirm or deny the information.

Zaborona does not give any assessment of the actions and words of politicians or military decisions. During the day we waited for the answers of all possible parties, so we tell about the facts of the farewell notes of the 36th Brigade and comments.

Address of the Mykhailo Bilynsky Navy Brigade: text and video

On April 11, 2022, at about 10:00 a farewell address appeared on the official website of the 36th Separate Marine Brigade named after Rear Admiral Mykhailo Bilynsky of the Ukrainian Navy.

It says that the unit is running out of ammunition, they have not received any support from the high command for a long time, so the situation is critical. It is said that the occupiers allegedly pushed the Marines to the Azovmash plant and surrounded it.

“All the infantry was killed, gunners, anti-aircraft gunners, liaison officers, drivers and cooks are fighting. Even the orchestra. They die, but they fight. We are gradually coming to an end. Wise generals advise to take ammunition from the enemy. There were chances. There were opportunities, but due to the fear of reporting vertically, they were not realized”, — is written in the appeal.

According to the Novynarnia, the author of the text is an unnamed officer of the 36th Brigade. “This is not the official position of the military unit, but a letter from the Marines, through which there is a real connection with the unit and which describes the real state of affairs in the defense of Mariupol Marines,” — the media wrote.

On April 12, journalist Anastasia Nagorna posted a video of the boys and girls of the 36th Brigade commenting “that no one could say they were broken.” Also in the comments, she noted that these videos were shown on the morning telemarathon.

Similar information about the state of affairs in Mariupol was published by the Azov Regiment, which is also heroically defending the city. The regiment’s deputy commander, Captain Sviatoslav Palamar, recorded a video message stating that the fighters were not receiving a response from “some politicians”.

Fake / non-fake: data of the Navy of the Armed Forces

As of April 12 (meaning 24 hours a day), no official rebuttal or confirmation from the Armed Forces Navy Command has been issued. Instead, Foreign Minister Dmytro Kuleba’s address appeared on the official Facebook page: “Moscow has prepared a large-scale information campaign aimed at foreign media and politicians. “Their ‘troll factory’ can spam emails and overwhelm comments with misinformation about Ukraine”, — Kuleba was quoted by the Navy.

The bottom post about the soldiers of the 36th Separate Marine Brigade on the Navy website was published on April 10, 2022.

“Under constant fire, they were able to maintain combat capability and hit the enemy every day. According to the latest estimates, the Marines inflicted huge losses to the Russian Nazis. According to available information, more than 13 battalion-tactical groups of Russian fascists lost their combat capability. Marines continue to destroy the occupiers, they are fighting for the whole country. The enemy has concentrated enormous forces on the capture of the city, but thanks to the courage and strength of all the defenders of Mariupol, the plans of the horde still remain only plans”,- is said in a statement.

“No matter how much everyone wants to think that the text from the Marines is a fake, sabotage and hacker attack – everything written there is true. And none of us should judge those people who remained there, continue to be in hell, and in spite of everything – continue to fight with the remnants of weapons”, — Mikhailova wrote.

The post of the 36th separate brigade also received comments with information that the brigade’s page could have been hacked.

We note that despite the information about a possible fake 5 hours after publication, the post was not deleted.

At 3:55 p.m., the Commander-in-Chief of the Armed Forces of Ukraine Valery Zaluzhny reacted to the situation in Mariupol: “The defense of Mariupol continues. The connection with the units of the defense forces that heroically hold the city is stable and maintained. I emphasize that conducting defense operations is not a topic for public discussion. We are making it possible and impossible to win and save the lives of personnel and civilians in all directions”.

Earlier, Zaborona reported the data from the Security Service of Ukraine on the preparation of a large-scale provocation by the occupiers in Mariupol to shift responsibility for the brutal killings committed by the occupiers to the Armed Forces of Ukraine.