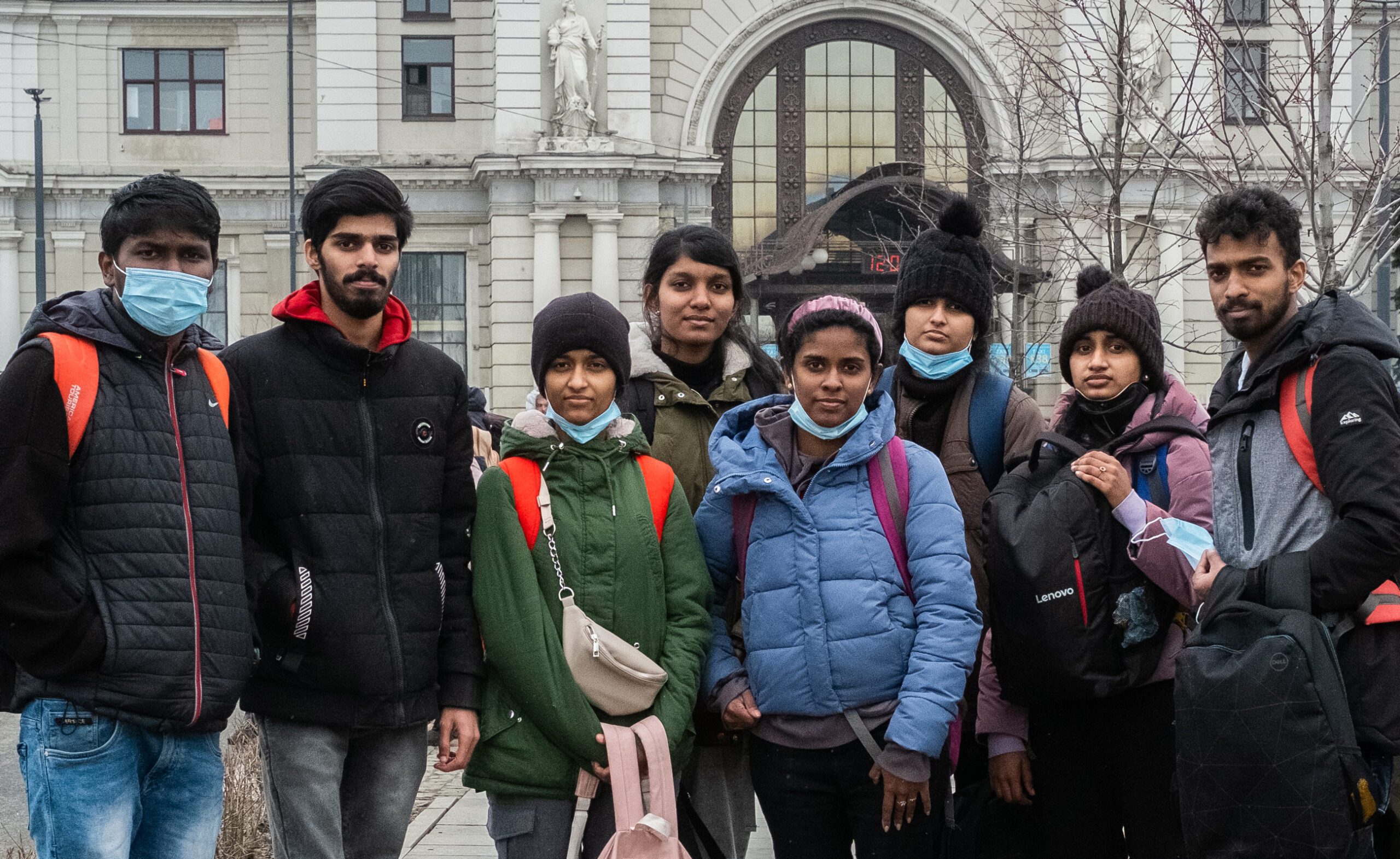 Since the beginning of the war, approximately one million people have left the country. Although, as of February 15, most foreign embassies have evacuated their citizens, nevertheless, students, migrants, and regular people have stayed behind in Ukraine. As of today, cities where it is calm – Lviv and Uzhhorod – are the ones from which it is possible to cross the border. Zaborona has spoken to foreign students at Lviv´s main train station and reports on how they are trying to leave Ukraine.

In the eight days since the beginning of Russia’s aggression against Ukraine Ukrzaliznytsia has evacuated more than a million citizens from war hotspots. All possible trains are engaged twenty- four hours a day to transport citizens. Ukrzaliznytsia reports that the main evacuation routes are from Kharkiv, Zaporizhzhia, and Kyiv to Lviv, Uzhhorod, Rakhiv and other cities in western Ukraine.

Samuel is one of the many who is evacuating. Samuel, a Nigerian, was studying medicine in Kyiv but is now leaving with his mother for Poland where the Nigerian Embassy will transport them further. The young man explains that his mother lived with him in Kyiv because she is the official representative of UNICEF and worked there on special duty.

“We are leaving the country because of the difficult and dangerous situation. A lot is happening now. On our journey, we have experienced many trials connected with attitudes toward Afro-Americans. But at the moment things are looking better, that’s why we hope that things will improve and the war will be over soon,” said Samuel.

Hundreds of people from all over the country wait every day at Lviv´s train station. Andu, an Indian, was studying medicine at the Kharkiv National University which the Russian occupiers bombed on March 2. Andu is traveling along with his fellow students to Uzhhorod where their Embassy will pick them up. “Most likely, we´ll wait out the situation in western Ukraine. Our official representatives are waiting for us there, too. From there we’ll go to India. But we are not leaving for good. We plan to return after the war,” he explained.

To help foreigners leave Ukraine there is a service called Visit Ukraine that informs about the situation in the country, Russian aggression, the availability of transport routes, and has a 24- hotline.