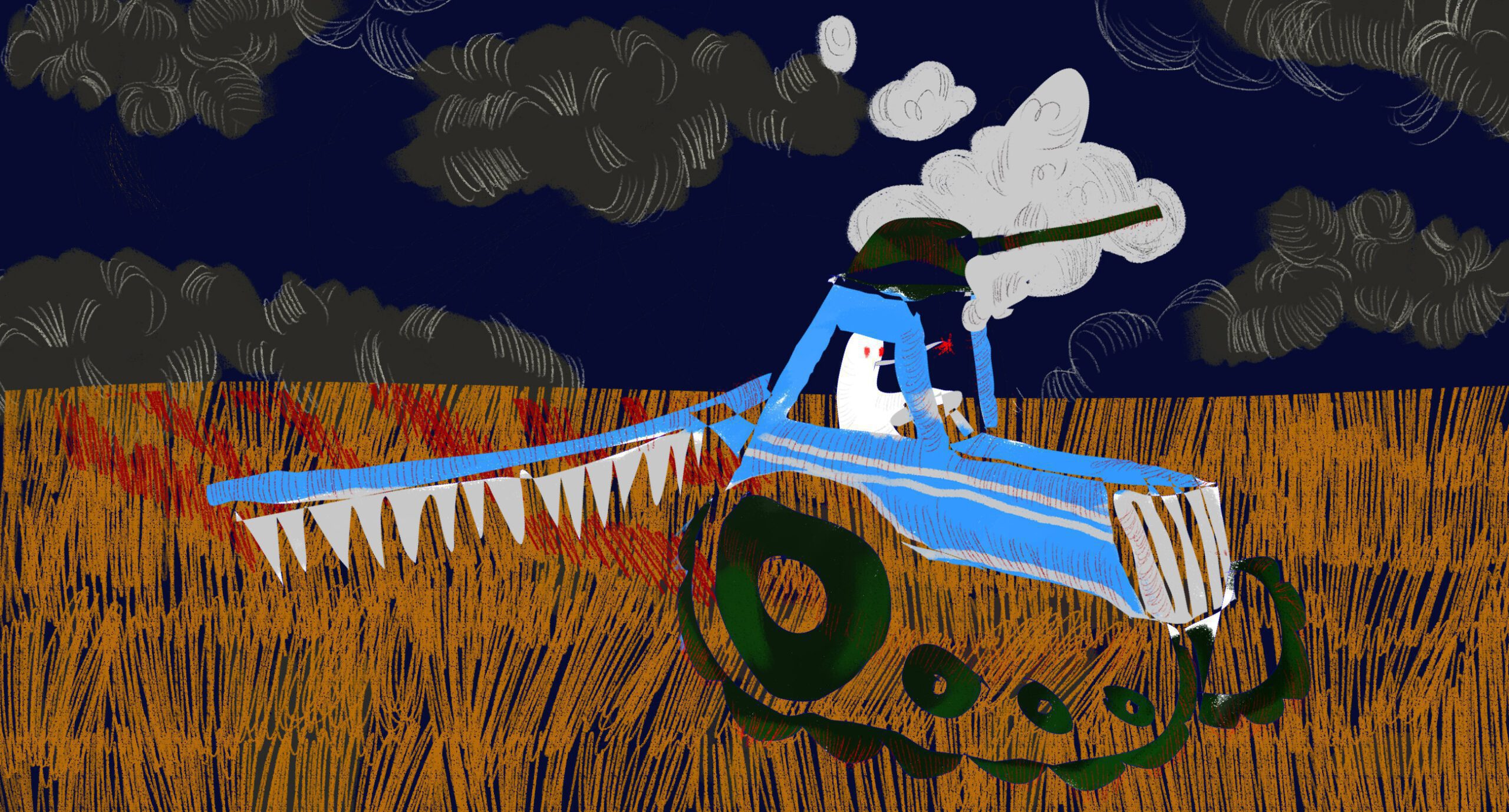 During the month of the full-scale Russian war against Ukraine, many areas have become temporarily occupied or have become so-called gray zones that are not under anyone’s control. The Russian invasion started just when the agro-industrial complex (APK) was about to start sowing. The occupiers have changed that plan, however. The head of ZABORONA’s investigative department, Oleksandr Humeniuk, found out which consequences the war will cause in one of the most important branches of Ukraine’s economy.

How will crops get sown?

It is already obvious that it will be impossible to reach Ukraine’s 2022 production volume. A great number of areas where crops should have been sown are temporarily occupied, are seeing fighting, or are being used for transporting the Russian army. In addition, there are problems with fuel supplies and material and technical resources for farms.

According to Kyiv School of Economics (KSE) professor Oleh Nivyevykyy who has experience in the development of international food supplies, this year’s losses in the agrarian sector could reach 30% or more.

“We expect the agrarian sector will drop by about 30%. Maybe 50%, which is possible, but not probable,“ he told Zaborona, “farmers are willing but the question of safety is very important. Literally yesterday the numbers for large areas of mined fields were published – farmers are afraid of risking their lives. But we see that they are preparing for sowing and will do so where possible.”

What does the reduction in production mean for Ukraine?

The agricultural industry has always played an important role in Ukraine’s economy. Nivyeyskyy maintains that the food production sector accounted for nearly 45% of all of Ukraine’s exports.

Under these circumstances, government support for farmers is extremely important and the first steps in that direction have been taken. The first type of government support will be interest-free loans. The official rate for such loans will be 0%, which, taking inflation into consideration, will be a negative percentage, explains Nivyevskyy.

Nevertheless, even those steps can not save the agrarian sector completely. The important loss of much arable land will be reflected in this year’s Ukrainian economy.

“The lack of Ukrainian exports to the world market will be reflected first of all in prices: they will rise. Accordingly, if prices on the world market rise, they will rise for us, too,” says Nivyevskyy, “Second, is the income of the people working in the agrarian sector. The less they earn, the less they can pay their workers. This is especially true for companies in places where fighting is taking place. It can be a lot worse there.”

In addition, the reduction or absence of exports of agricultural products may affect the macroeconomic situation in Ukraine. In other words, it is possible that the value of the dollar will go up. However, if the assistance programs to Ukraine currently being discussed in the West are implemented, it could help avoid serious consequences. After all, in this case, the lack of foreign currency that Ukraine would receive for the export of agricultural products is compensated by the receipt of foreign currency as assistance in rebuilding Ukraine.

Is the war threatened by shortages in Ukraine and the world?

The probability of a shortage of agricultural products is extremely low. Ukraine has always produced agricultural products with a large surplus, which was sent for export. According to Nivyevsky, two or three regions of Ukraine that produce grain are able to meet the needs of the whole country. So you should not worry about the lack of bread on store shelves.

The same applies to Europe, which is not too dependent on Ukrainian exports. In this case, the war in Ukraine and the decline in agricultural exports may affect store prices. But even this will not be critical: according to the professor from the KSE, price increases may fluctuate around 10-15%.

The situation is different in the countries that are the main importers of our products – in particular, grain and wheat go to the Middle East and North Africa (Tunisia, Egypt, Bangladesh, India). According to Nivyevsky, if Ukraine cannot export, things could be much worse there than in Europe:

In fact, these countries may have a shortage of products they received from Ukraine and Russia. And these are not rich countries and, accordingly, there may be hunger riots, – he thinks. “But I think we will still be able to export a certain amount because our business development and land are so productive that there must be export balances.”