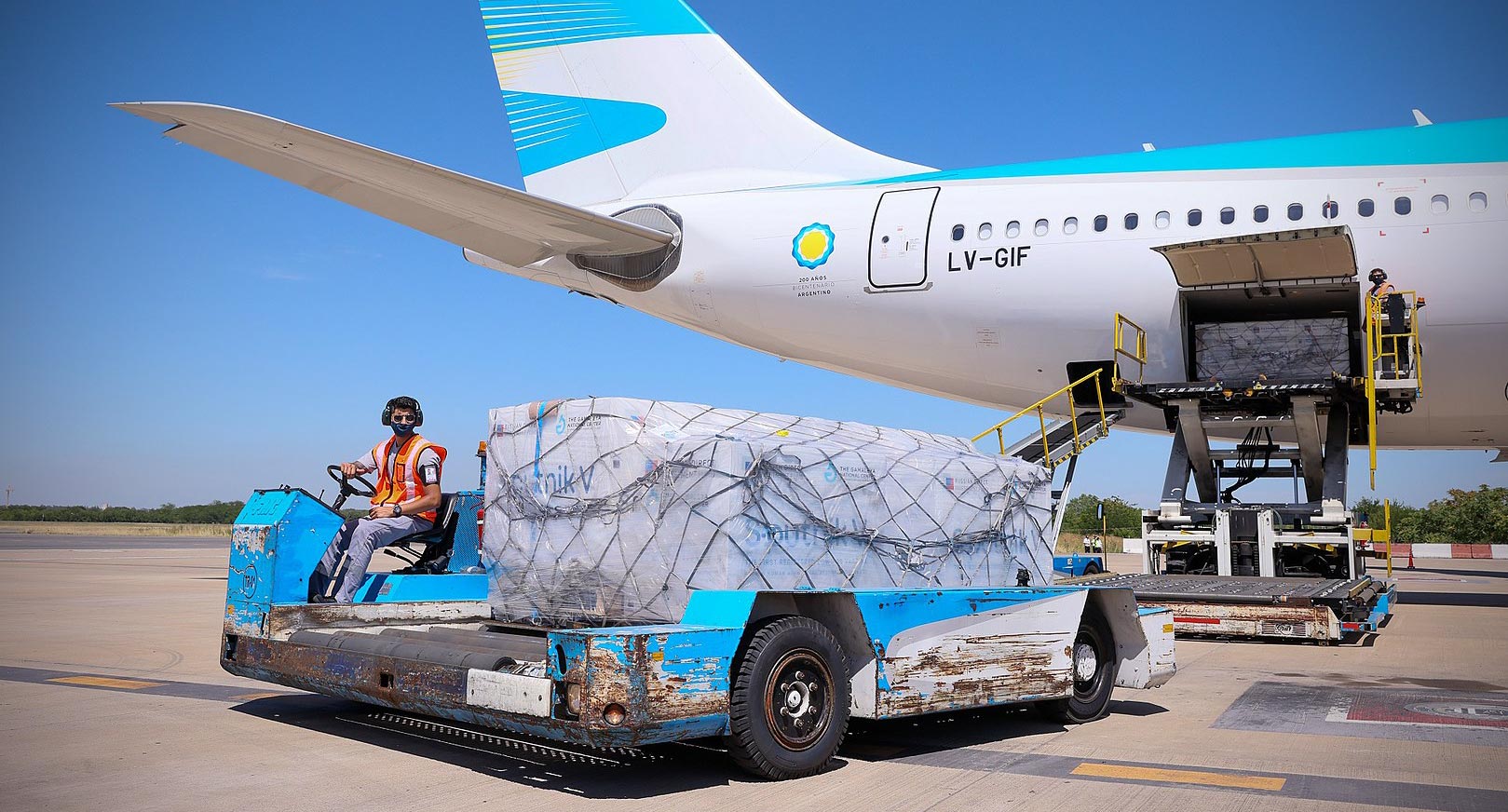 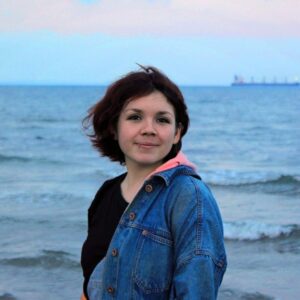 More than 40 countries have ordered Sputnik V, the Russian vaccine against the coronavirus. European countries are among those who have started vaccinating their populations using Sputnik V: for example, Hungary and Slovakia. In Italy, authorities are planning to produce Sputnik V at local facilities. Zaborona investigated why the world is using the Sputnik V vaccine, despite insufficient data about its safety, and whether it will be used in Ukraine.

What do we know about the Russian vaccine, Sputnik V?

Russia registered Sputnik V on August 11, 2020. But at that point, it had not gone through all the necessary trials prescribed by international standards. Particularly, Sputnik V did not undergo Phase 3 of clinical trials, in which vaccines are tested on tens of thousands of volunteers. This phase demonstrates the effectiveness of the vaccine and allows researchers to determine what rare side effects the treatment may have.

When Russia began its mass vaccine registration and implementation drives, it had only tested its vaccine on 76 volunteers. However, Russian experts affirmed that there were no serious side effects, and that the level of antibodies in vaccinated people was equal to that of those who had recovered from the coronavirus. As early as last year, scientific journal The Lancet published the trial results, which revealed that the vaccine had an efficacy of over 90%. However, foreign scientists at the time noticed overlaps in the results of different groups of volunteers. The Russian medical researchers were asked to present complete protocols of their trials; however, such protocols were never published.

Nevertheless, mass vaccinations in Russia began in December. According to Russian president Vladimir Putin, over two million people had received two doses of the vaccine, and many more had received one dose. In total, this is approximately 2.8% of the population. The Kremlin had not officially reported any serious side effects or lethal cases.

In February, The Lancet published the vaccine’s Phase 3 trial results based on the vaccinations of over 14,000 volunteers. The article stated that Sputnik V guarantees 91.6% effectiveness. Scientists concluded that immunity provided by the vaccine lasts a minimum of two years. So far, there have been no official comments on this data from the international scientific community.

So, can people get the Russian vaccine?

It depends on the country and its legislation. The vaccine has not yet been approved in the European Union, and the World Health Organization is also not recommending the Sputnik V vaccine. On March 4, the European Medicines Agency had just started testing procedures—their results should assess the efficacy and safety of the vaccine.

Putin himself was not vaccinated with the Sputnik V vaccine, and neither was the rest of the Russian power elite.

But several countries are using Sputnik V anyway. How is that possible?

In fact, as of March 4, 44 countries had either purchased or ordered the Russian vaccine, including Montenegro, Serbia, Hungary, Moldova, Algeria, Venezuela, Mexico, Pakistan, Kazakhstan, and others. In Latin America, Argentina is leading in the number of people vaccinated with Sputnik V; over 20 million doses have been ordered. The mayor of Roque Pérez, Juan Carlos Gasparini, received the coronavirus vaccine with a picture of Russian president Vladimir Putin in his hands.

“I brought along this photo because I’m proud of him. Everyone was saying that he’s going to poison us, but he’s saving our lives,” said the mayor.

Countries are justifying the decision to buy the Russian vaccine because of the supply crisis over approved vaccines. Zaborona has written more about why shortages have happened.

Given that it is authorized by EU legislation, the European Union is registering the vaccine at the country level. In Slovakia, the head of the country’s Ministry of Health provided special authorization for Sputnik V. According to Slovakian media reports, those wishing to receive the vaccine must sign a document certifying that they acknowledge that they are receiving a vaccine that is not approved in the European Union.

So, politics really has nothing to do with it, and the point is merely that there are not enough vaccines for everyone?

Not entirely. There is no shared opinion on Sputnik V in European countries. For example, in Slovakia the vaccine was purchased in secret against the decision of the “For the People” party, a segment of the ruling coalition that had blocked the purchase of Sputnik V the previous day. The vaccine was purchased at the suggestion of representatives of the main ruling party “Ordinary People and Independent Personalities,” the members of which include the prime minister and the head of the Ministry of Health.

“This issue was not being discussed at government meetings, and we were not informed about it. While these are public funds, everything took place in secrecy,” said the “Freedom and Solidarity” party, another segment of the coalition. Due to the purchase of the Russian vaccine, several deputies left the party and deprived the coalition of their votes, calling the purchase “a spit in the face of our European partners.”

Italy has also talked about using Sputnik V. Doing so will depend on their neighboring microstate San Marino, home to around 33,000 people. San Marino is not a member of the European Union, so it did not join sanctions against Russia and enjoys good trade relations with Russia. Russians purchase residences in San Marino and invest in local facilities.

At the end of February, 7,500 doses of Sputnik V were delivered to San Marino, and it will receive many more soon. The government justified its decision on the basis that San Marino had not received vaccines through the EU purchasing program due to vaccine shortages.

Thanks to the Russian vaccine, a quarter of San Marino’s population will be vaccinated within the coming months, while neighboring Italy will have vaccinated only 6% of its people. This information was obtained by the local media, along with the leader of the right-wing “Liga” party, Matteo Salvini. His party is suspected of illegal financing from Russia.

On March 7, the Italy-Russia Trade Board announced that the Italian-Swiss firm Adienne Pharma & Biotech signed an agreement with the head of the Sputnik V license on producing the vaccine in two Italian facilities. The company will be able to begin manufacturing in July and release 10 million doses before the end of the year. If the vaccine is approved by the European Medicines Agency, the doses will be reserved exclusively for the Italian market. Otherwise, they will be exported to countries that have approved the vaccine.

The European Medicines Agency is now calling the decision of several European member states to unilaterally permit the sale of the Russian vaccine Sputnik V a game of “Russian roulette.” After all, there is no proof yet that the vaccine is actually safe and effective.

The Ukrainian government has prohibited registering any coronavirus vaccine produced in Russia before the completion of clinical trials. This does not concern vaccines from other countries.

Ukraine has now received 500,000 doses of the AstraZeneca vaccine, a vector vaccine produced by Oxford University and the British-Swiss company AstraZeneca. Ukraine is also awaiting vaccine shipments from Pfizer (over 100,000 doses), Sinovac (around two million doses), AstraZeneca (around four million doses) and NovaVax (15 million doses). It is still not entirely clear when these vaccines will arrive. Zaborona has written more about the coronavirus vaccine situation in Ukraine.