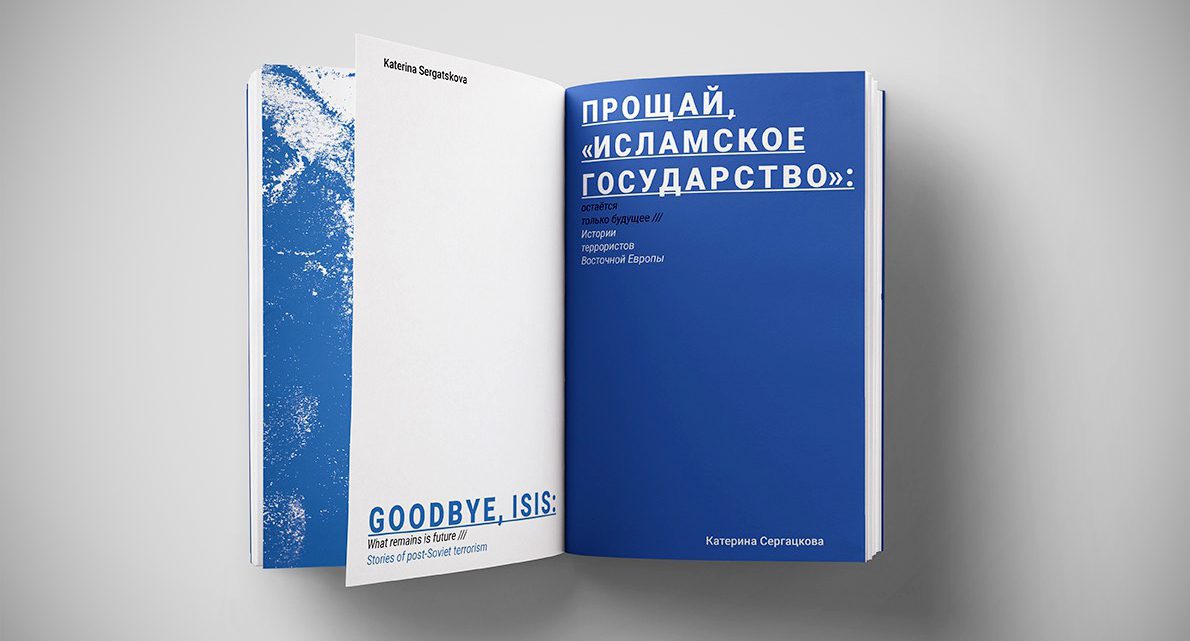 Ukrainian publisher Summit-Book has released a non-fiction book written by Zaborona’s own editor-in-chief and cofounder, Kateryna Sergatskova, entitled “Goodbye, ISIS: What Remains Is Future.” The book takes a look at militants in the post-Soviet world, specifically those who fought for the most brutal terrorist organization in recent years. This article answers some basic questions about the book itself, and explains how the author put it all together.

What’s it all about?

The book Goodbye, ISIS: What Remains is Future explains how people from post-Soviet countries left to fight for the Islamic State – the most brutal terrorist group of the last decade. Starting in 2013, at least 15,000 fighters joined the group (according to the most conservative estimates) from Russia, Uzbekistan, Kazakhstan, Tajikistan, Kyrgyzstan, Azerbaijan, Georgia, and Ukraine.

All together, this group accounted for about a third of ISIS’ foreign complement, and fought in Syria and Iraq.

But this book doesn’t just relate dry facts: the author has focused on the personal stories of these people. They spoke to her, telling her their reasons for fighting for the Islamic State: what drew them to terrorism, and how they’ve lived after returning to civilian life. The book also covers the stories of people who have been unjustly accused of participating in the Islamic State – the same group that had destroyed their lives. Zaborona has covered these stories before: read about Mohammed Gadayev, tortured by Russian special forces and deported by France back to Russia despite appeals by human rights defenders.

How was the book written?

The process was a long and careful one. Kateryna Sergatskova spent five years taking interviews with fighters from the Islamic State, members of their families, fighters of other terrorist organizations, and the intelligence agents who had recruited them. In order to speak with these people, she traveled to Georgia, Turkey, and Iraq. Some of the interviews were conducted in cities across Ukraine, where IS fighters hid (and some that still do.)

What you should know before picking up this book

The book does explain how terrorist movements developed in the post-Soviet world after the fall of the Soviet Union. The fundamentals to know before starting a read-through, however, include he history of the first president of the Chechen Republic of Ichkeria, Dzhokhar Dudayev, his disciple, Shamil Basayev, and the founder of the Caucasus Emirate (a terrorist group that makes up the backbone of the Caucasus wing of the Islamic State), Dokka Umarov.

Why did Sergatskova choose this topic?

She chose specifically this topic before there has not been a single non-fiction work that has examined the role these fighters played in strengthening and spreading the Islamic State, and about how they even ended up joining these groups. You can read more about the reasons Sergatskova took up this topic in various interviews: Focus (in Russian), Radio Free Europe/Radio Liberty (in Russian), and TheDevochki (in Ukrainian).

Why should I read about this?

This topic is rarely discussed in Ukraine, as in other post-Soviet countries, for a variety of reasons. Yet the Security Service of Ukraine (SBU) regularly releases statements about the detention of Islamic State fighters: for example, in 2019, Caesar Tohosashvili was arrested in Kyiv – he was one of the commanders of ISIS’ secret service. The operation to capture him was conducted in cooperation with the U.S. CIA and the Georgian Ministry of Internal Affairs.

The reasons behind terrorism in the former Soviet Union (FSU) and its consequences is important to know in order to understand why today’s world is not a very safe place, and fixing that via additional security measures will not, in all likelihood, be effective.

Additionally, there’s a good chance that if you live in Ukraine or the former Soviet Union, you’ve run into an ISIS member or supporter – on the street, at markets, in cafes and in public transport. It’s probably worth knowing more about them.

Why should I trust Sergatskova?

The author has regularly written articles that include interviews with IS fighters and their family members, has fact-checked the information these people told her, and enlisted the help of subject matter experts in order to avoid any misinformation or errors. In 2017, Sergatskova was a finalist for the FPA Young Journalist Award for her series of articles about post-Soviet terrorist, as well as a finalist for the “Chest Professii” (Honor of the profession in Ukrainian – trans.) award for her interviews with IS fighters.

Fine, you’ve convinced me – where do I buy and how much does the book cost?

The book Goodbye, ISIS: What Remains is Future is sold on the author’s website, the publisher Summit-Book’s website, and on the online storefront Yakaboo. Physical copies can be located in Kniholand stories in Ukraine. It costs around $12.