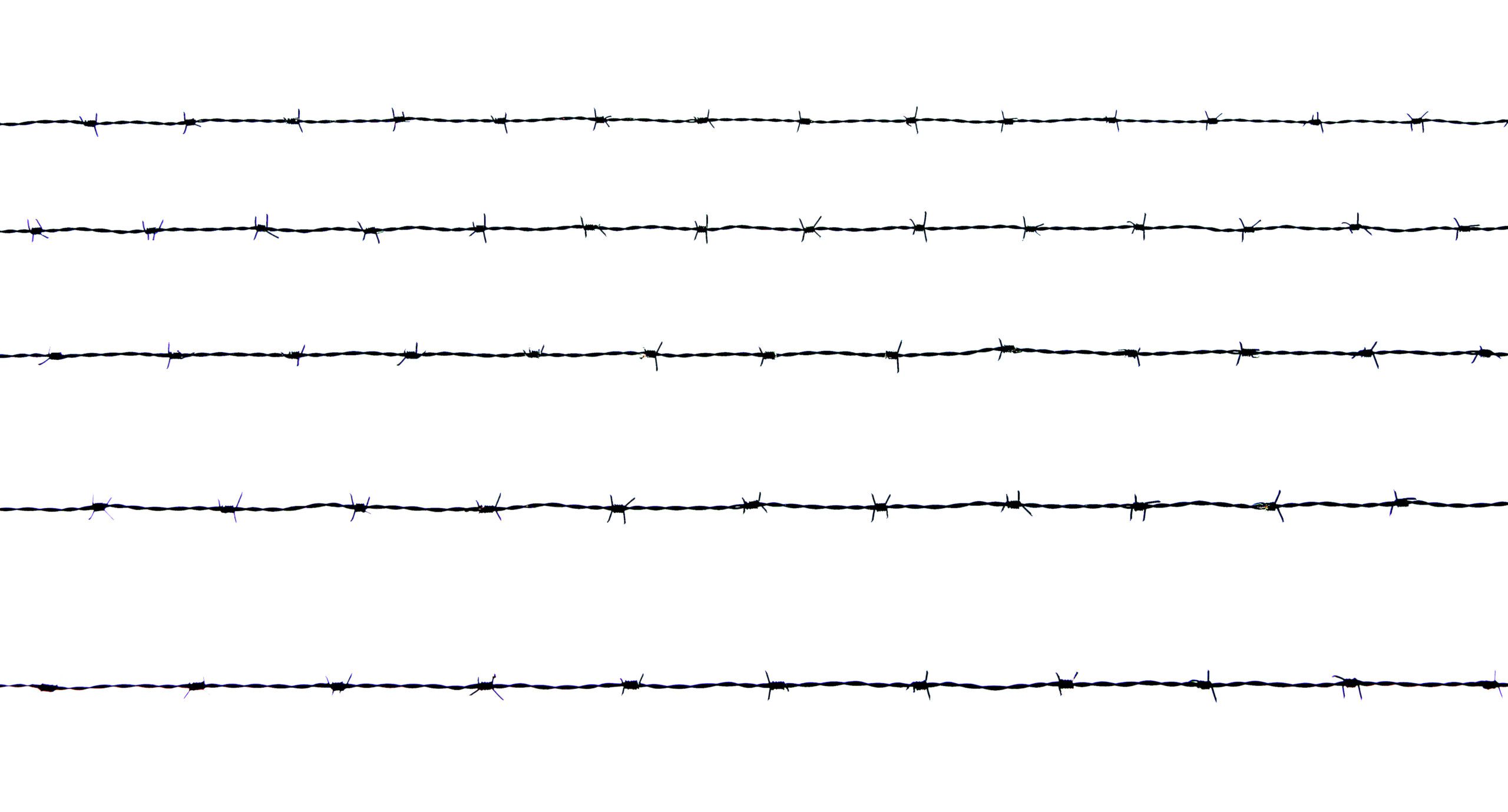 Since the beginning of Russia’s invasion of Ukraine, hundreds of cases of Ukrainians being held captive and missing have been reported. Citizens are abducted or taken abroad, where they are kept in sanatoriums or filtration camps. Many soldiers are also taken prisoner, and their relatives are forced to search for them in Russian news and telegram channels. The ZMINA Human Rights Center has already collected data on 800 prisoners, and Zaborona’s editorial mail receives dozens of reports every day from those searching for the missing.

Zaborona journalist Anastasia Opryshchenko talked to Ukrainians who are trying to bring back their relatives who fell into the hands of the occupiers and are looking for them on their own.

On February 28, the Security Service of Ukraine posted a report on the establishment of the Joint Center for the Search and Release of Prisoners. Its employees will form the lists to find and return home Ukrainians who have been captured or disappeared. Relatives are also advised to contact Ukrainian and international organizations.

“They just want to talk to him”

One of them is 34-year-old Yuriy Tsubera from the suburbs of Kyiv. Before the war he worked as a secretary in the Kiev Economic Court. This was announced by his aunt Tetiana Kruk in a conversation with Zaborona.

“On February 27, when the Russian military entered the village [of Kopyliv], the locals didn’t even have time to organize a normal defense. And as soon as the troops arrived, Yuriy began to inform the Ukrainian special services about the location of enemy equipment, all their deployments and numbers,” says Tetiana.

On February 28, Yuriy was captured and taken out of the village. After the man was detained, no one contacted or reported his whereabouts or status. According to Tetiana Kruk, the neighbors saw the Russians dragging Yuriy to the military column. When his father tried to find out what would happen to his son, the military explained that they were not capturing anyone and “just wanted to talk.” Already on April 2, on one of the telegram channels, the Russians published a video of the interrogation of Yuriy Tsubera. This is how his fellow villagers saw him and informed the man’s relatives.

Yuriy is currently in the Kursk pre-trial detention center №1. His relatives learned about this from Mykyta Horban, one of the prisoners who was in the same pre-trial detention center with Yuriy. Mykyta Horban is a 31-year-old laboratory assistant who worked at the 5th hospital in Kyiv before the war. On March 13, Mykyta and his father, Oleksandr Holumenkov, were taken prisoner in the village of Andriyivka and brought to Kursk in about 10 days. But before that, the Russian military kept him and other prisoners on the ground for several days, in the cold, somewhere in the fields. Because of this, he contracted third-degree frostbite and lost his toes.

“We were told: if you move, we’ll kill you,” says Mykyta Horban in a conversation with Zaborona. “Our shoes were taken off, and water was poured into those shoes. I spent a month in such a state in a pre-trial detention center [in Kursk] without medical care. When the toes began to fall off, they took us to the Kursk military hospital and cut them off there.”

Shortly after the operation, Mykyta Horban was returned to Ukraine for an exchange of prisoners.

“It’s good that I lost only my toes, the other guys were in much worse condition,” he said.

In a conversation with Zaborona, Horban said that about two hundred people were in the Kursk pre-trial detention center with him. Sometimes the Russian guards did a roll call – one prisoner listened to the last name, and the other counted. Mykyta does not know the future of his father, Oleksandr Holumenkov, who was also taken prisoner, or Yuriy Tsubera.

“When we met with Yuriy Tsubera, he looked good both mentally and physically,” says Mykyta Horban. “Nobody tortured us specifically in the pre-trial detention center, but on the first day – perhaps, it is established in such institutions – they do the so-called “vaccination”. They beat us very hard. Now I know what a shocker is. Everyone who was brought to the pre-trial detention center was beaten a little. And almost no one was touched anymore, you just feel constant stress – and that’s it.”

51-year-old military Viktor Tovkach lived in the settlement of Blahodarivka in the Mykolaiv region. Since 2015 he has taken part in hostilities in eastern Ukraine. At the beginning of the full-scale invasion of Russia, he served under contract in a military unit in the 36th brigade in Mykolaiv. He was sent to Mariupol, says his daughter Anhelina Tovkach.

“The last time he got in touch was on the evening of April 11, when he said he was in captivity,” she told Zaborona. “He did not specify the details, but said that his brigade was at the Ilyich plant. During the regrouping of troops, many were captured. The 36th Brigade was to withdraw from the Russian encirclement, break through from the Ilyich plant to Azovstal, and thus strengthen the Azov. My father said that during the transition they were left without command and didn’t know what to do.”

According to Anhelina, some servicemen were able to reach Azovstal. The girl’s mother wrote a letter of request to the military unit, but they have not yet received any response. The family later recognized his father on a Russian TV channel. Visually, he allegedly looked healthy, but it was as of April 17. He has not been in touch since then, Tovkach said.

“I left the military unit without permission”

29-year-old Andriy Saranyuk was a miner before the war, lived in the town of Myrnograd, worked in Pokrovsk, Donetsk region. At the beginning of the war he was called to serve in the Territorial Defense 105th separate battalion, 3rd Company, military unit A7271. According to his mother-in-law Olena Nosikova, Andriy was near the village of Novoselivka, and his unit was guarding military equipment. When the fighting broke out in the Donetsk region, the 105th battalion tried to retreat, but was captured. As early as April 16, the family lost contact with Andriy.

“After Andriy was taken prisoner, we wrote a statement to the Pokrovsky military enlistment office, where he received a mobilization notice,” says Olena Nosikova. “They said that they themselves would send appeals to receive the data about the guys. As we were told, at the time of the detention of the 105th separate battalion members, the presence of the Territorial Defense on the front line was illegal. And our guys were just on the front line and not one Andriy disappeared, but about 25 people. The military registration and enlistment office explained that because of this an inspection from Kyiv came to them to find out why the guys were where they shouldn’t be.”

Saranyuk’s relatives were told that he had disappeared and then stopped communicating. On April 21, they found a mention of the guy in one of the Russian telegram channels. However, at the same time, Olena received a letter from the Donetsk prosecutor’s office, which said that Andriy had left the military unit without permission, in connection with which he was wanted by the Donetsk specialized prosecutor’s office. After that, relatives were not provided with any information about Andriy at the military registration and enlistment office.

Where to turn if your military relatives are captured?

The Euromaidan SOS volunteer initiative has created a memo for people whose relatives went to war on February 24 and went missing or taken prisoner.

You can also contact the National Information Bureau: +380 44 287 81 65. The key purpose of this body is to collect and summarize data on prisoners of war, the dead and the missing.

Read more about how to act if your relatives were deported from Ukraine: